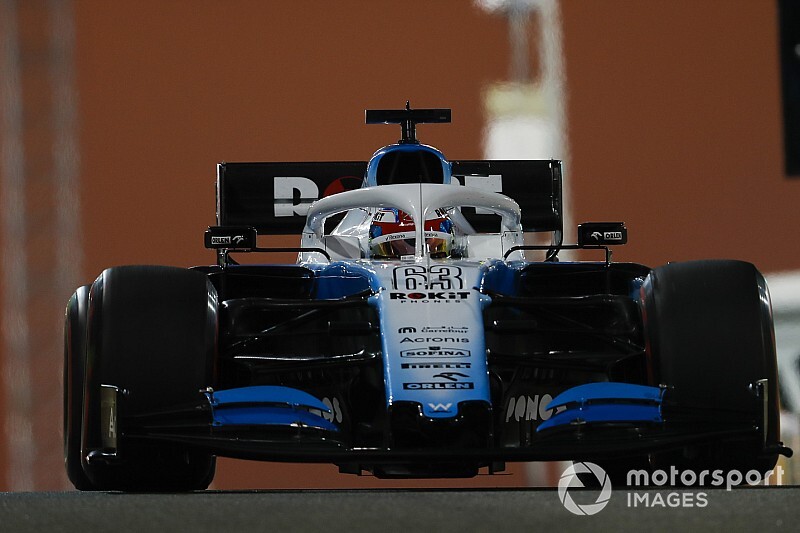 Williams Formula 1 driver George Russell insists that he’s well enough to drive in Abu Dhabi after concerns over his fitness led the team to put Sergey Sirotkin on standby to replace him.

Russell reported that he wasn’t feeling fit on Thursday evening, so the Grove team cast around the paddock for a replacement.

Mercedes reserve Esteban Ocon had a seat fitting, but due to his long legs he was not able to fit comfortably in the car with Russell’s custom-made carbon seat – and there was no opportunity to make one for him.

The team turned instead to its 2018 race driver and Renault/McLaren reserve Sergey Sirotkin, who did fit the car.

In the end Russell was passed fit to drive in FP1 by the staff of Hintsa Performance, who look after his medical and fitness requirements, and the Englishman completed the two practice sessions without problems. However, he declined to elaborate on the issue that had troubled him.

“I won’t expand on it,” he said when asked by Motorsport.com. “It’s just something different. I’ll expand when the time is right, but not now.

“How you feel when you’re sat at home on your hotel bed and how you feel when you are driving are two very different things. I felt alright last night, I didn’t know how I’d feel today. It will all make sense when I explain, but as I said, the time is not right right now.

“Number one priority is looking after myself, and it was always the idea that we’d assess after practice. Obviously the team need a back-up plan, and they have that. I don’t feel 100%, but I’m well enough to drive.

“I’ve not been feeling great. The guys at Hintsa are overlooking everything. I’m feeling good to drive, so that’s the most important thing.”

Team boss Claire Williams acknowledged that the team had a back-up plan, but declined to confirm that it involved Sirotkin.

“I think it's the end of the season, isn't it?” she told Sky F1. “I think everybody's feeling a little jaded.

“I think whenever you have a driver you're a little concerned about, of course you've got to have some level of contingency, so we did that, we made sure that we did.

“I wouldn't want to share who it was potentially going to be, but hopefully George will be fine and he'll be in the car for the duration of the weekend."

Russell and teammate Robert Kubica finished the evening session at the bottom of the time sheets.

Grosjean: Bottas crash means Friday work "all in the bin"