Williams Formula 1 driver George Russell admitted that “the car was driving me” in Hungary after failing to progress from Q1 for the first time in 2021.

By:
Adam Cooper
Co-author:
Alex Kalinauckas
Listen to this article

Russell said he lacked confidence in the car during qualifying, and that caused him to take a cautious approach and not add extra front wing for his final run in Q1.

As a result he had more understeer that he wanted, and after a scrappy lap that saw him run wide at one point he had to settle for 17th on the grid.

Russell stressed that he and his team have to get everything right to progress through qualifying, and this time that didn't happen.

"I think the main thing to take away is, as I said on the radio, we can't get it right every time," he said. "I feel like we've probably performed excellently every single Saturday so far this year.

"Today we did just a fine job, but fine is not enough, and you'll get eliminated by doing a fine job. So that's the position we're in.

"And I just didn't have the confidence today to attack the car. I was always on the back foot. And definitely a lot to look into. Because ahead of this year, I would have said this was our best opportunity for points. Yet it's the first time we're out in Q1."

"Usually you can afford to put more more front wing flap in the car as the session progresses. I didn't have the confidence after the first run.

"So I decided not to, and then I had a lot of understeer. So I think that's the key, is that you need confidence to be able to push the car. And today the car was driving me, I wasn't driving the car, and that set me back a lot."

Asked by Autosport/Motorsport.com to expand on why he hadn't made the change he said: "I didn't have the confidence to do that. Usually come qualifying everything takes a step up, I build confidence, and we seem to be able to nail it when when it matters. 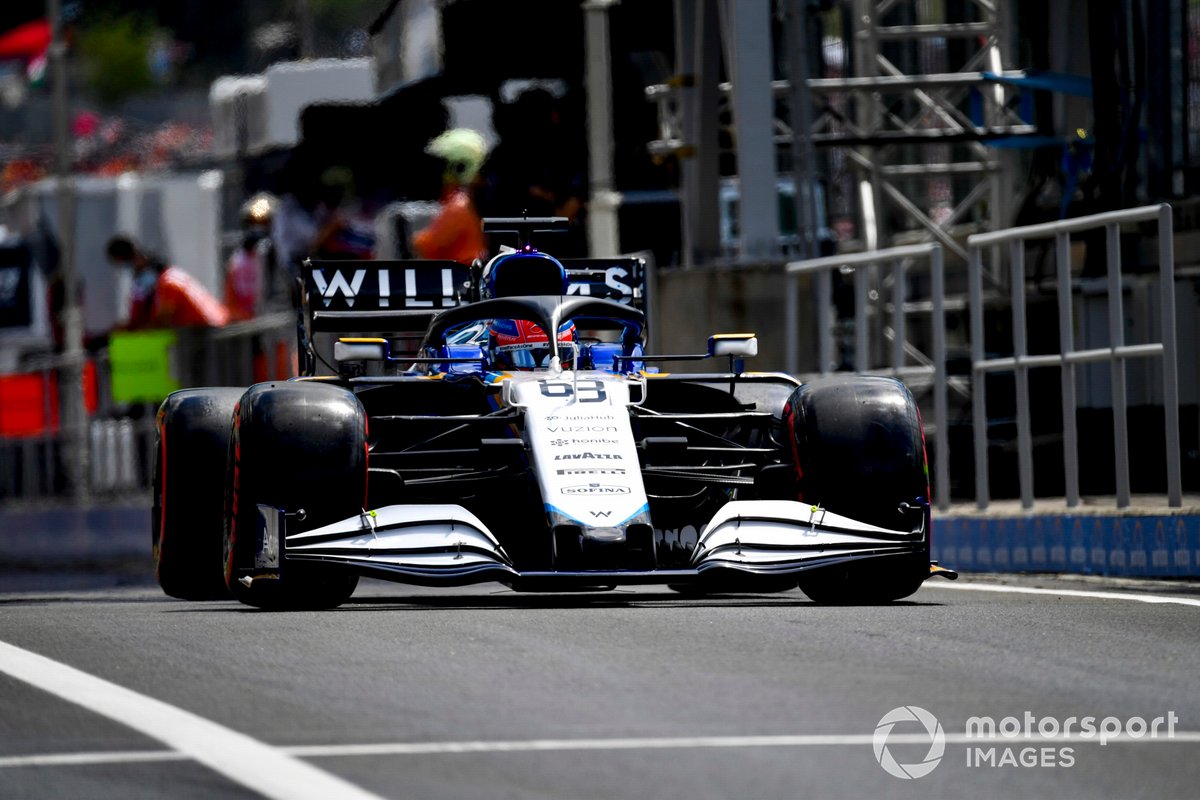 "But as soon as I did Turn 1 I knew I wouldn't be able to do that. I just didn't have a good feeling with the car."

Russell noted that the strong wind level, which has affected the car's form this year, was also a factor and "did not favour the characteristics" of the FW43B.

Williams head of vehicle performance Dave Robson also added that the "Malaysia" levels of heat also caused the team trouble as the tyres reacted to the temperatures in an unexpected manner.

"We had thought it would stay on the cool side this afternoon. But it didn't; the clouds obviously broke and it was just as hot this afternoon in qualifying as it had been yesterday.

"The reported track temperatures are incredibly high – it's similar to how it was the last couple of years in Malaysia after they'd resurfaced it. So that does make it tough.

"Obviously, that's the same for everyone – so we can't use that as any kind of excuse. I think the tyres did behave in those conditions not quite as we'd expected.

"There was a lot more understeer, so the front tyres seemed to be affected more than we had expected. Normally, you come here and it's very hot, and it becomes rear limited quite quickly. That didn't seem to be the case.

"But, to be fair from what I could gather from what other drivers were saying on the radio yesterday, most teams found the same."