George Russell says adapting to the higher resource level of a leading Formula 1 squad made him occasionally feel “a bit of a rookie” in 2022 after joining Mercedes.

After starting his F1 career at Williams during its rebuild from its results nadir of 2018-2019, Russell’s move to Mercedes meant he slotted into an operation that had won the previous eight world titles and produced the engines that power the works squad and its three customer teams.

But as well as learning new and additional processes at Mercedes’ Brackley base, Russell also highlighted understanding the team’s different race weekend operations as a challenge he faced in 2022, where he ended up beating team-mate Lewis Hamilton in the points standings and taking Mercedes’ only victory.

"In some regards, I almost feel like a bit of a rookie this season because the level at which this team works – we’re talking about things that I’ve never even spoken about before in Formula 1 before," Russell told select media including Motorsport.com at the end of the 2022 season.

"So, that’s taken me some time to understand – what the team’s processes are during a race weekend, how I can make the car faster in terms of set-up, and that’s why I’ve felt a bit of a rookie at the start of this season.

"For sure, being team-mates with Lewis is such an amazing position to be in because he’s obviously the greatest driver of all time and there’s a huge amount I’ve learned from him in the sense of… probably more off-track, to be honest, with how he conducts himself with the engineers and goes about his business.

"But, equally, small details on-track that have been really impressive for me to see. 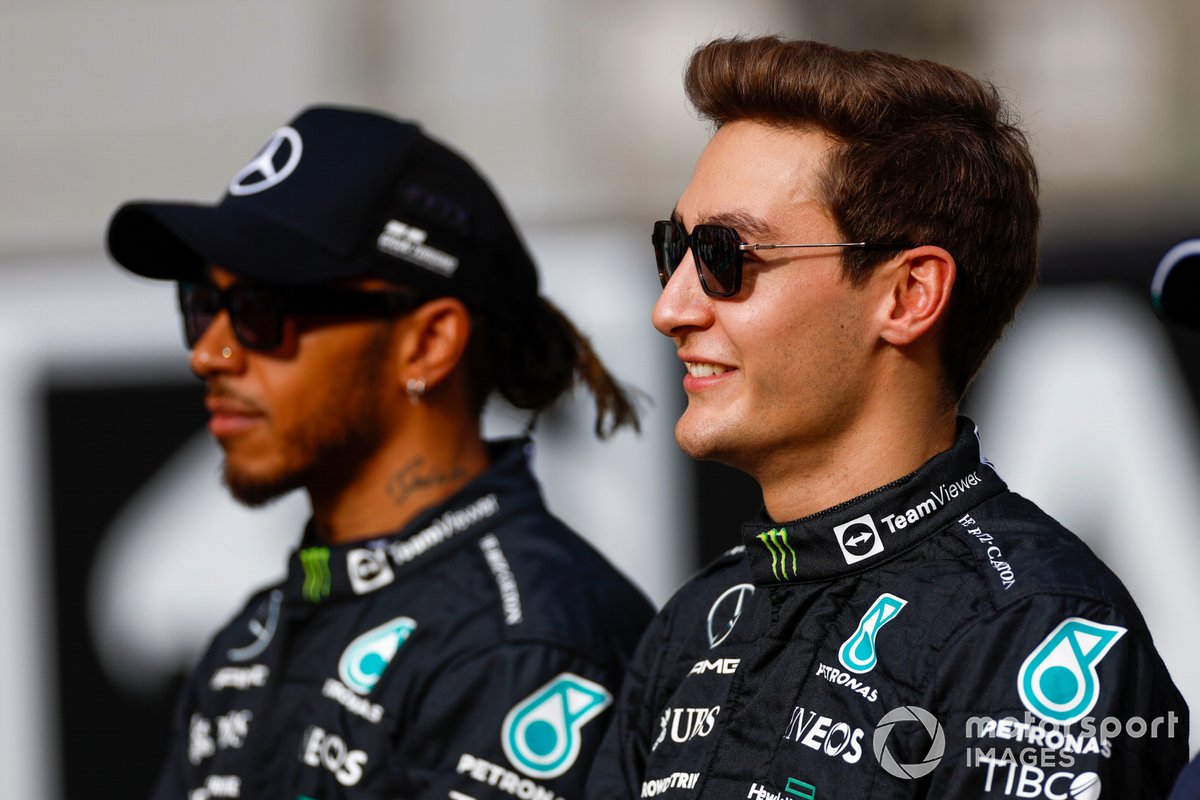 Although Russell scored Mercedes’ high-profile results in 2022 – including his sprint race win the day before he triumphed in the Brazilian GP – and scored 15 top-five finishes in the opening 16 races, his first campaign as a Silver Arrows works driver did feature several notable mistakes.

These included clashing with Valtteri Bottas and Mick Schumacher in Singapore, crashing into Carlos Sainz at the start at Austin and going off and blowing a pole shot when Mercedes’ finally returned to challenging for victories in Mexico.

When asked if those moments came as a result of trying too hard by Motorsport.com, Russell replied: “Yeah I think ultimately it comes down to experience.

"I know myself that in this sport you get to a certain level of how hard you try.

"In this sport, you’ve got to let things flow. You want to drive the car in anger but sometimes that isn’t the fastest way. As I said, it comes back to experience.

"I knew in Mexico going on that lap for pole, I made a bit of a mistake, so I tried harder to make up for lost time.

"It was inevitable that I was going to ruin the lap because I’m trying to go as fast as possible anyway.

"Austin, I don’t think I was necessarily trying too hard, I think that was just unfortunate, a bit of a misjudgement.

"At the end of the day I committed to the corner, I expected Carlos to attack on the outside and he cut underneath me and by that point it’s too late.

"But again I’m trying to push these limits and going back to that feeling of me almost being a rookie in some regards, you are racing at the front for the first time.

"It is a totally different story compared to when you are racing at the back.

"How you approach Turn 1 is totally different. When you have a few cars ahead of you, rather than the concertina effect of 15 cars in front of you.

"You learn these little unique-ness of being there, the same way I learned what it was like being at the back.”

Russell: F1 car weight now on the edge of being a safety issue