George Russell says that the Abu Dhabi GP served as a reality check for the Mercedes Formula 1 team after the excitement of the previous week's one-two in Brazil.

Lewis Hamilton and Rusell qualified fifth and sixth for the season finale, with Russell claiming fifth in the race after his teammate's late retirement.

Russell's day was made harder after he lost out to Lando Norris on the first lap, and was initially stuck behind the McLaren driver.

He also lost time with a five-second penalty for an unsafe release, which he took at his second stop, after which he set a series of fastest laps.

"I think it's a bit of a reality check for all of us," he said when asked by Motorsport.com after his race. "And very much needed, because we still recognise that we've got a lot to do if we want to fight with Red Bull next season.

"Clearly we have a car with a huge amount of potential, but unfortunately that performance window is far too narrow. And those performance swings we've seen from the highs of Budapest, Brazil, Mexico, Singapore comparing to the likes of here, Monza, Spa are just far too vast." 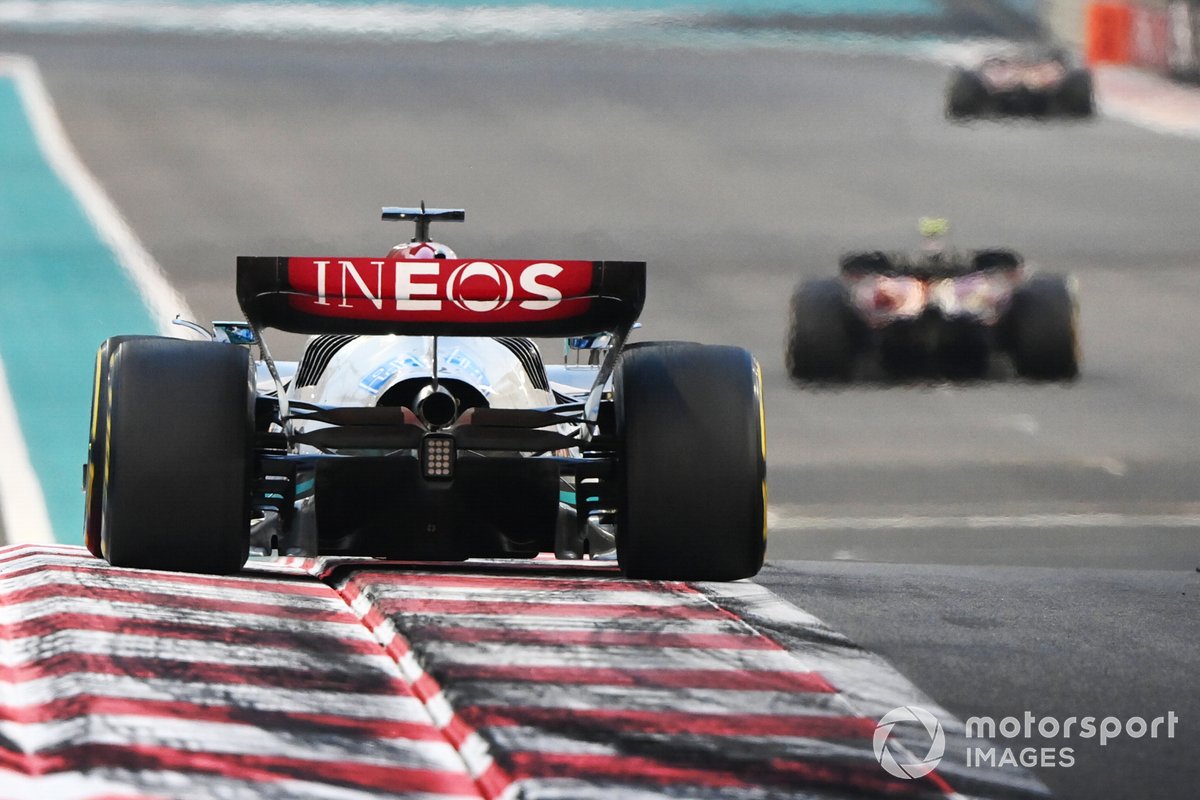 Abu Dhabi saw the team suffering more with porpoising than it had for a while, which made life tougher for the drivers.

"I think we weren't the only team to have experienced a bit of porpoising in this year. The changes the FIA are making with the raised floor edge are going to be an improvement in that regard.

"It definitely adds quite a lot of fatigue. I forgot what it was like to drive with the car bouncing around through the corners, down the straight a little bit. So I'll be happy if I turn up to Bahrain next year with none of that."

Russell was keen to put his maiden win in Interlagos into the context of the full season.

He added: "I'm incredibly proud of what we achieved last week, but I'm here to try and become F1 world champion, and we've got a long road ahead of us.

"For sure it's good to get it off your back, but you're only as good as your last race, as they say, and the last race was here in Abu Dhabi. We finished fifth as a team [here].

"I'm fourth in the championship. I'm going to look back with a lot of pride on the season, but equally knowing there's a lot to improve if we want to fight with Max [Verstappen]."