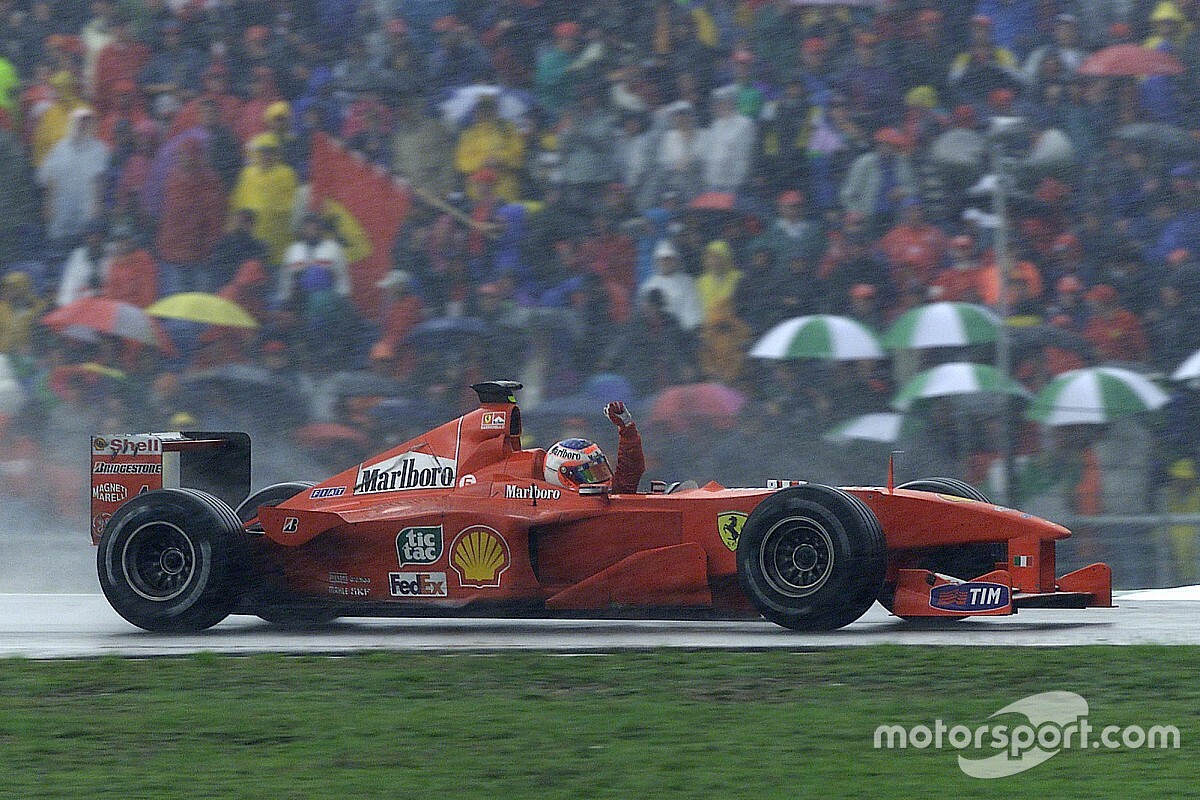 On this day in 2005, Rubens Barrichello started his 200th race at the Spanish Grand Prix.

The weekend did not prove to be much of a celebration though, as ahead of qualifying his engine had to be replaced and he was given a 10-place grid penalty.

Barrichello set the sixth best time o the grid but had to start from 16th. In the race he lacked pace due to blistering tyres and eventually came home a lonely ninth.

Despite that unmemorable weekend, Barrichello's career in F1 had plenty of interesting achievements.

Barrichello is the one with the most race starts in F1. He has a total of 322.

His first race was at the 1993 South African Grand Prix for Jordan, and he ended his F1 career at Williams in 2011 at his home grand prix in Brazil.

In the rankings of most experienced drivers, he's closely followed by Kimi Raikkonen with 312 race starts. Under normal circumstances Raikkonen would have overhauled him this year, but there remains a chance Barrichello will still be on top by 2021. 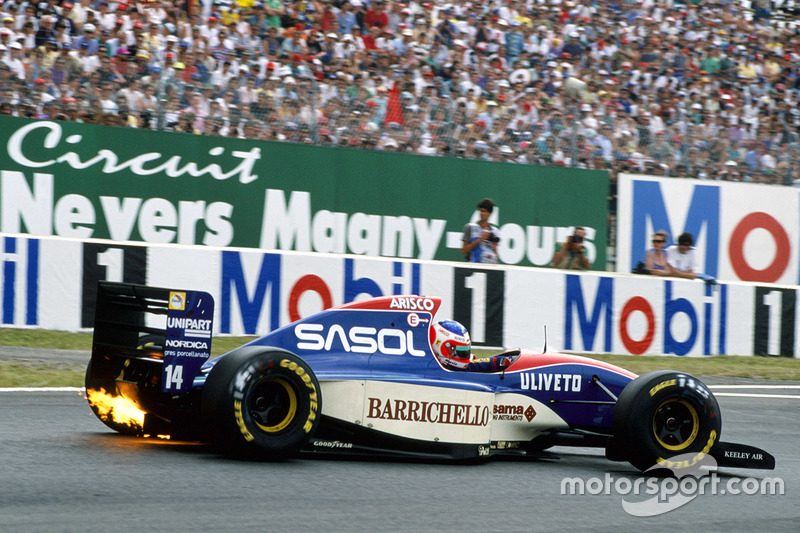 The Brazilian won 11 grands prix for two different teams in his F1 career, nine for Ferrari and two with Brawn GP.

Barrichello's first win was the 2000 German GP and his last was the 2009 Italian GP in his Brawn–Mercedes. Eleven is the same amount as his fellow countryman Felipe Massa and the 1997 world champion Jacques Villeneuve. All three are ranked 27th in the all time winners' list. 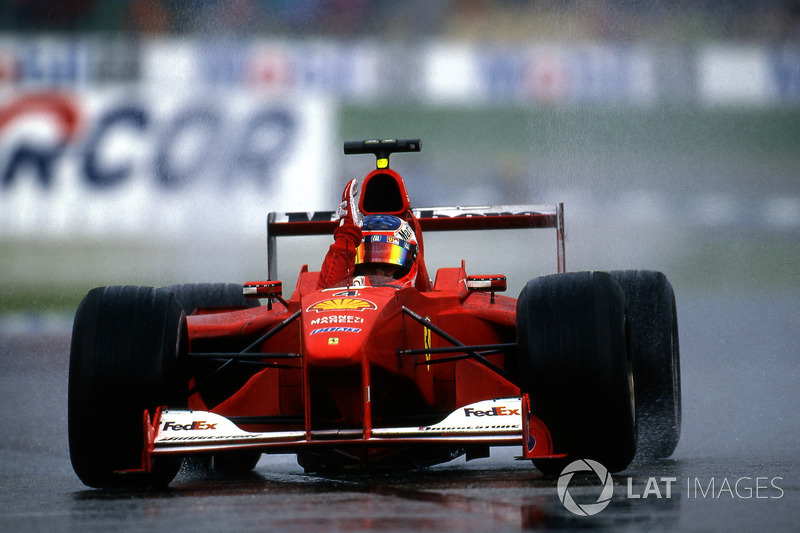 Barrichello started 14 times from pole position, although his first two were some great qualifying surprises. In 1994 he put his underpowered Jordan-Hart on pole position for the Belgian GP beating Michael Schumacher (Benetton/Ford) by 0.331s on a wet but drying Friday session. A downpour on Saturday meant nobody improved, so pole was his.

He was a good driver in wet conditions and showed that in qualifying for the 1999 French GP at Magny-Cours when he was fastest of all when each driver was limited to 12 laps in the wet qualifying session. 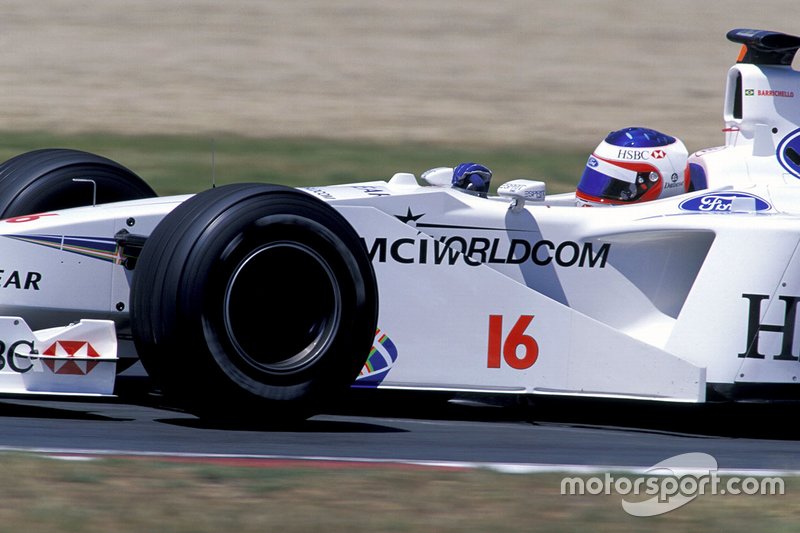 Rubens set 17 times the fastest lap of the race. With that number he's 20th in the all-time ranking with only Daniel Ricciardo and Valtteri Bottas as current drivers that could push him out of the top 20. His first fastest lap was set at the 2000 Australian GP for Ferrari when he finished on the podium, and his last fastest lap was for Brawn in the 2009 Spanish GP, also finishing on the podium. 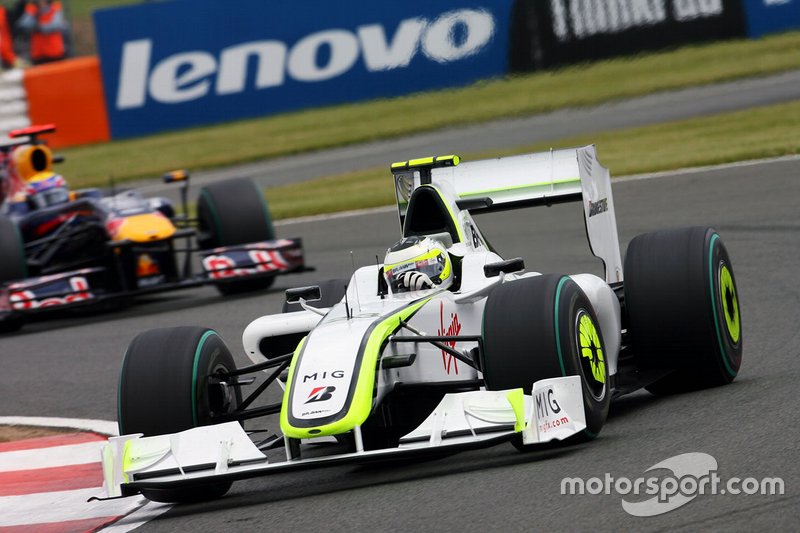 Barrichello has twice had the perfect weekend of victory, pole position and fastest lap. These came in the 2003 British GP and the 2004 Italian GP – both when driving for Ferrari. Only 45 drivers in F1 history have achieved hat tricks. Michael Schumacher is still in the lead of this ranking with 22 hat tricks.

2x second in the championship

His best result championship wise is second place, which he did twice to Michael Schumacher. In 2002, Barrichello had almost half the amount of points of Schumacher when he won 4 times, had 10 podiums and three poles. He came closer to his teammate in 2004 with 34 points less then Schumacher, winning two races, taking 14 podiums and four pole positions. 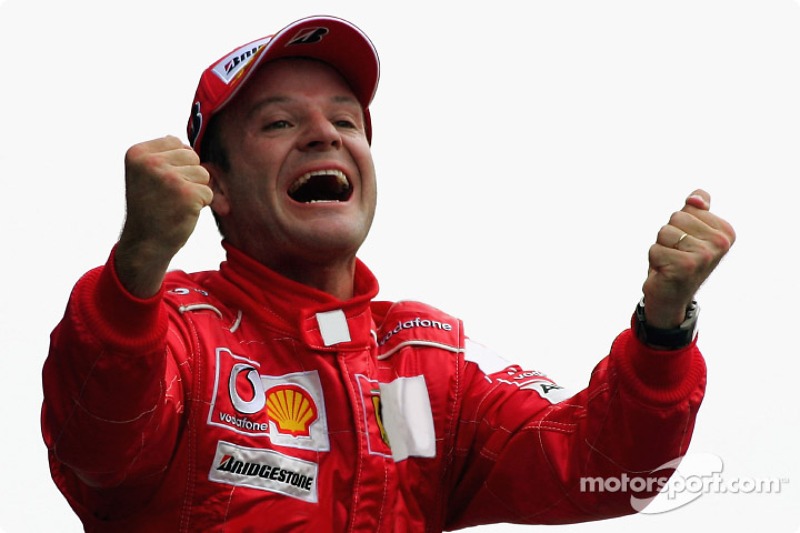 Barrichello stood 68 times on an F1 podium in his career, meaning he finished on the podium in 21% of the F1 races he finished. He's eighth in the current all-time list and he's not going to be pushed off that spot during this year! Barrichello scored a podium for almost all the F1 teams he raced for, except Williams. His tally was Honda: 1, Jordan: 2 , Stewart: 4 , Brawn: 6 and Ferrari: 55 podiums. 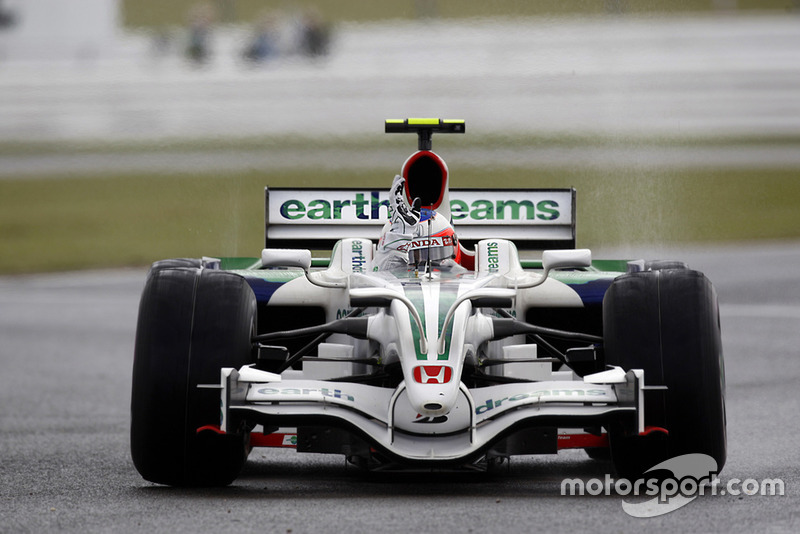 Barrichello is still racing in 2020 and has done almost everything you can image since he left F1 behind: including the Le Mans 24 Hours, IMSA, and IndyCar. He won the 2014 Brazilian Stock Car Championship in a Chevrolet Sonic. He stood on the podium in the S5000 race at Sandown last year. The plan was to race at the Australian GP this year before it was cancelled where he was going to race in the S5000 support races. 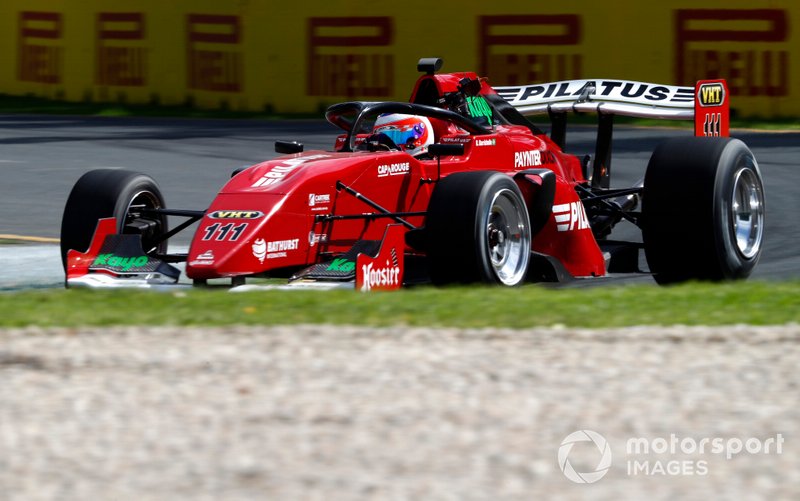