Formula 1 managing director of motorsports Ross Brawn is set to step down at the end of next year, with chief technical officer Pat Symonds also planning to leave his role in the summer.

The news was contained in a document issued by F1 as an update on future developments within the organisation.

It indicated that Brawn, who turned 67 last month, was “expected” to leave his role, and it’s understood that the exact timing of his departure has not yet been finalised.

Following his departure from Mercedes at the end of 2013 Brawn enjoyed a period of relaxation and reflection away from the sport before returning to his current job in January 2017, shortly after the takeover by Liberty Media.

His task was essentially to oversee changes to both the technical and sporting regulations, with the former coming into force next year, and novelties such as sprint events having already been introduced.

It’s not yet clear whether he will retain a honorary or consultancy role with the F1 organisation, or who might replace him as managing director.

In March 2017 Brawn chose his former Benetton colleague Symonds to head F1’s new technical department and focus on the future regulations, which were supposed to be introduced this year but were postponed to 2022.

With those rules signed off and the 2026 power unit regulations set to be rubber stamped soon Symonds, who turned 68 in June, has decided to take a step back. 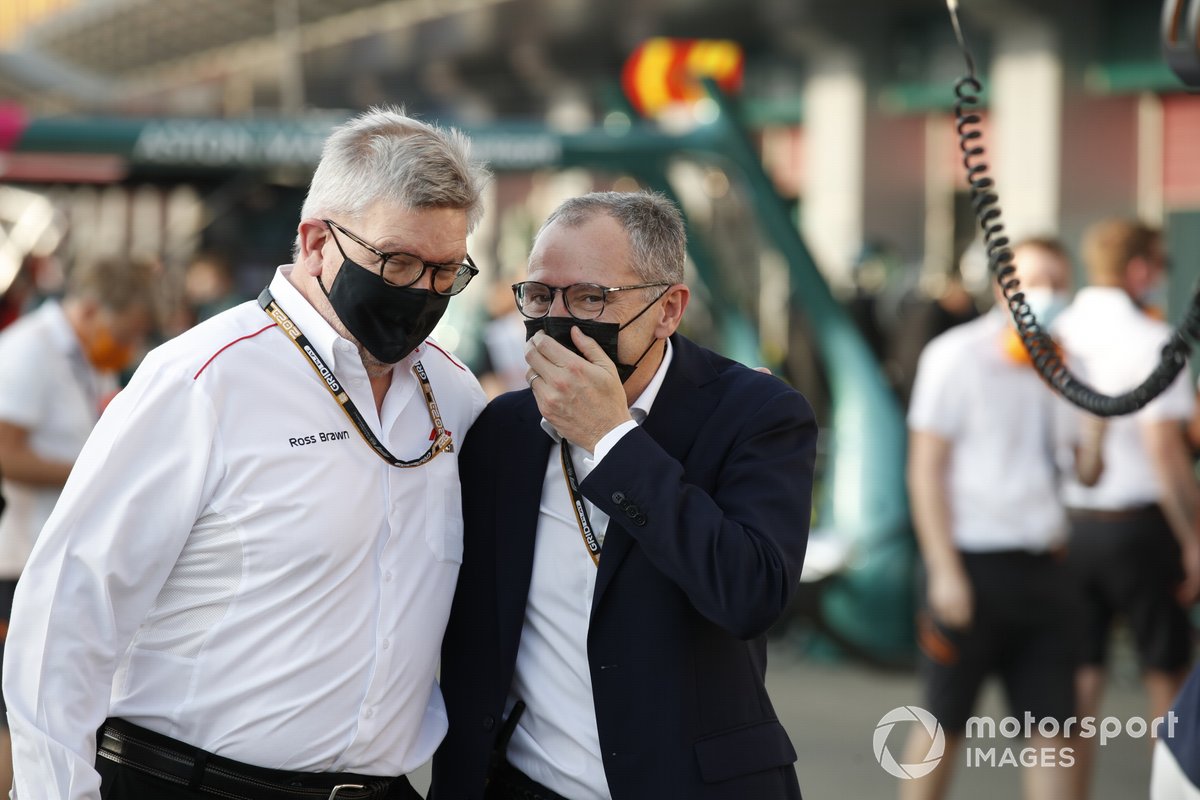 In a parallel development, members of the F1 technical team that previously worked under Symonds are to be transferred to the FIA, a move that has in part been encouraged by an EU requirement to separate the rule-making process from the promotional organisation.

Although there is no suggestion of non-compliance, the change will ensure that the separation of responsibilities is clearer.

However some teams have expressed concerns about F1’s recent close involvement in shaping the rules, which are the responsibility of the FIA.

Symonds assembled a team of around 15 engineers, mostly former senior employees of F1 outfits. They have been involved in research in various areas, from aerodynamics to new fuels, while the rules were being developed.

It’s understood that most of the people on that team, including head of aerodynamics Jason Sommerville, will henceforth be employees of the FIA.

They will work under the governing body’s head of single-seater matters, Nikolas Tombazis.

However head of vehicle performance Craig Wilson, who has played a key role in helping to design new circuits in addition to being involved with the car technical package, will remain at F1.

Despite the change of employer it’s understood that most of those switching to FIA roles will remain in offices at the F1 HQ in central London, although some may be deployed to the FIA’s bases in Geneva and Paris.

As part of a wider shake-up some F1 departments previously in the busy London HQ are moving to the organisation’s other base at Biggin Hill in Kent.