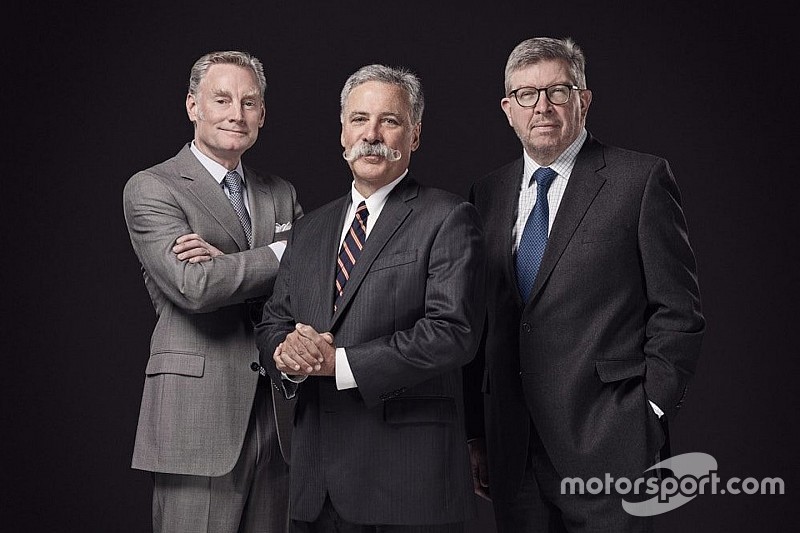 Ex-Formula 1 world champion team owner Ross Brawn will return to the sport in a newly-created role of Managing Director, Motor Sports, as part of Liberty Media’s takeover of the sport.

The appointment was confirmed today by F1’s new CEO Chase Carey – who takes over the helm of the sport from Bernie Ecclestone.

Carey also confirmed that Sean Bratches will take on a similar role on the commercial side.

Brawn has been an advisor to Liberty during its takeover phase, and has now been appointed to a key fulltime role upon the completion of its deal.

“It’s fantastic to be returning to the world of Formula 1,” said Brawn. “I’ve enjoyed consulting with Liberty Media these last few months and I’m looking forward to working with Chase, Sean and the rest of the Formula 1 team to help the evolution of the sport.

“We have an almost unprecedented opportunity to work together with the teams and promoters for a better F1 for them and, most importantly, for the fans.”

Carey added: “I am delighted to welcome Ross back to Formula 1. In his 40 years in the sport, he’s brought his magic touch to every team with which he has worked, has almost unparalleled technical knowledge, experience and relationships, and I have already benefitted greatly from his advice and expertise.

“I am thrilled Sean is joining Formula 1. Sean was a driving force in building ESPN into one of the world's leading sports franchises. His expertise and experience in sales, marketing, digital media, and distribution will be invaluable as we grow Formula 1.

“I look forward to working with Ross and Sean, as well as key current executives including Duncan Llowarch, our CFO, and Sacha Woodward Hill, our General Counsel, the FIA, Bernie and Liberty as we work together to make Formula 1 the best it can be for the teams, promoters and fans for years to come.”