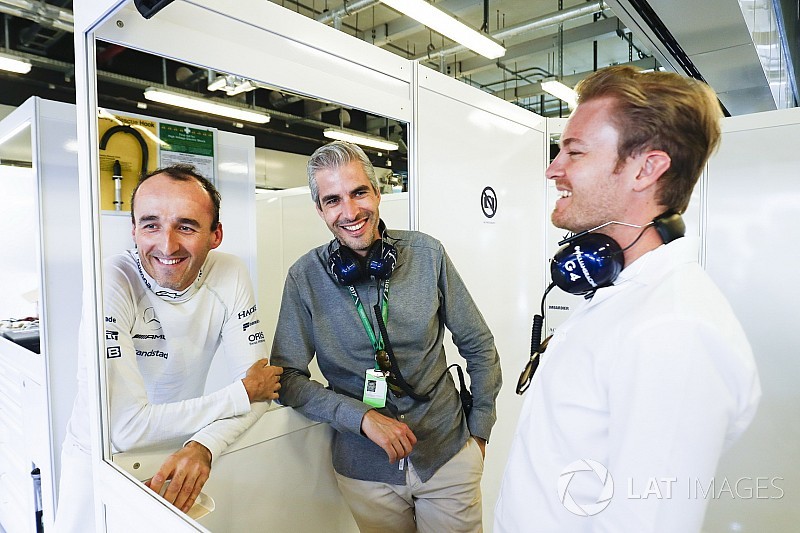 Robert Kubica says that former world champion Nico Rosberg has taken a step back from being part of his management team, after they worked together last year in efforts to land the Pole a Formula 1 race seat.

Rosberg took an active part in helping lead negotiations with Williams as the Grove-based outfit pondered a replacement for Felipe Massa.

In the end, the team opted for Sergey Sirotkin and Kubica was handed a reserve driver role.

With the Williams situation having been settled, and Rosberg ramping up his other business activities that now includes investment in Formula E, Kubica said the pair's working relationship has changed.

"We did have a close work together at the end of last year, and we are in a good relationship, but for now, because in the end I am doing what I am doing and he is very busy and he has his family, let's say we are not working as close as we were last year, " Kubica said in an interview with Motorsport.com.

"But we are still in touch."

Kubica has made it clear, however, that it was not the case that Rosberg and he had formally split – and that it was only ever really intended for the German to help with the specific talks at the end of 2017.

"It is just that this period was very intense and now it's a completely different situation," added Kubica.

"It is not a situation that Nico has been working and now is not working. It is just that the situation is that he is not as present as he was."

When asked if it was possible that he and Rosberg could work again on projects in the future, Kubica said: "I think it doesn't depend only from my side.

"A lot will depend on the situation and also it is kind of new everything for me to be back in paddock. So we will see what the future will bring and then we'll move on."

Kubica has retained his ties with long-time manager Alessandro Alunni Bravi, who continues to represent him on the legal and administrative front.

The off-track battle that will define F1's title fight

What F1 can learn from IndyCar's downforce U-turn