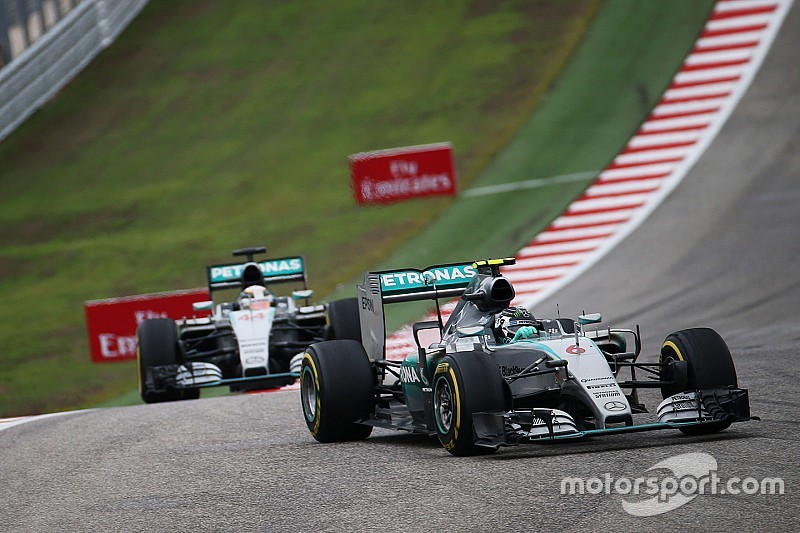 Formula 1 world champion Nico Rosberg says the "horrible experience" of the 2015 United States Grand Prix was key to him clinching his first title this season.

Rosberg was leading Mercedes teammate Hamilton in last year's Austin race before he made a mistake and went off, allowing the Briton to take the lead and go on to win the race and, with it, the title that same day.

After that, Rosberg won seven grands prix in a row and secured his first championship in Abu Dhabi last weekend.

The German said the process he went through following Austin's mistake is what enabled him to become stronger this season.

"It really was a horrible experience for me to lose the championship to Lewis in the way that I did that day," said Rosberg in a video interview shared by his team on Youtube.

"I spent two days on my own after that just thinking about that. I'm proud to be able to always come out from difficult moments stronger. I really manage to do that quite well, which I'm proud of.

"And after that race I won seven races on the trot and that definitely the kick-start of this championship.

"I really gave it everything I had this year. There wasn't a stone that I left unturned in commitment and determination and in avenues to explore to become a better racing driver."

The Mercedes driver said one of the defining moments of this year's championship was his victory in Japan, where Hamilton finished third after a poor start.

"The changing moment was Suzuka for me, when all of a sudden had a 33-point lead and that meant that it was in my hands," Rosberg said.

Rosberg did not win again after the Japanese Grand Prix, with Hamilton taking four pole positions and four victories in a row.

The German driver said the Hamilton seen in the final part of the season was the best he has ever seen.

"I think it was the best Lewis I've ever seen in the last few races, because he was not only completely free but also the most determined and motivated ever, working as hard as ever," he added.

"So it was difficult to beat him in those circumstances."