Rosberg owns up to engine mode mistake in Spain 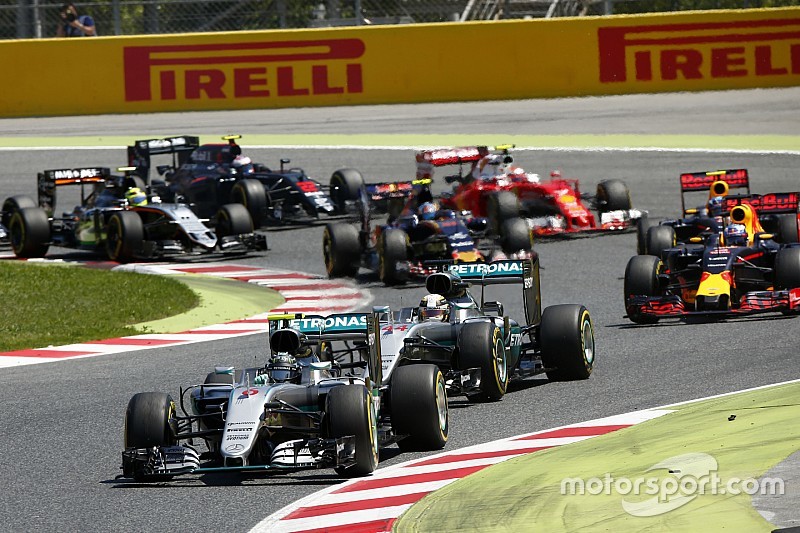 Nico Rosberg had admitted that it was his mistake not to put his engine into the right setting at the start of the Spanish Grand Prix, ahead of his collision with Lewis Hamilton.

The trigger for the opening lap clash between the Mercedes teammates was that as a result of being in the wrong mode, Rosberg slowed dramatically coming out of Turn 3 after his engine started harvesting power, allowing Hamilton to get a run on him.

In the immediate aftermath of the incident, Rosberg was not sure why the engine had been in the wrong Strat mode, but now he says it was clear that he had failed to change it in to the right setting once he was on the grid.

"It was in the wrong position, and it was my job to put in the right position – it's pretty simple," said the German. "There is not much more to say."

When asked if that meant there was more pressure now to get things right at the start, Rosberg said: "It is the same as always. You need to think about what you are doing.

"There is a lot going on and that is it – we have to come up with ways to make sure everything is done properly."

Rosberg made it clear at last weekend's Barcelona test that he considered the Spanish Grand Prix incident to be firmly in the past, and the focus was now in delivering a win in Monaco.

He reiterated that point in Monaco on Wednesday, but intriguingly refused to state whether or not he had held clear the air talks with Hamilton about the matter.

"If we have spoken or not, that needs to be kept internally," he said. "But I can say between the two of us it is in the past now.

"The relationship is the same as before, and going out on track I am not thinking about Barcelona. I am going flat out to try to win the grand prix, which is what I have come here to do."

When asked why he was keeping the matter of speaking to Hamilton a secret he said: "I try to give you as much information as I can, because you are writing for all our supporters, but at the same time we are trying to keep a good spirit in the team and win races.

"So there is a balance and some things are better not to share."

Pushed on if he had been ordered by the team to keep the issue secret, he said: "Of course we have talked and spoken as a team, about these happenings and everything.

"But regarding this [being ordered to not speak], there has been no discussion at all. I just don't feel like discussing it. That is it."

Check out our Monaco GP preview…