Nico Rosberg says he will bounce back from adversity following his frustrating German Grand Prix at Hockenheim, where he slipped further behind Lewis Hamilton in the F1 World Championship battle.

When asked about Hamilton’s recent strong run, that has turned Rosberg’s 43-point advantage into a 19-point deficit, he pointed out that his teammate has always been a tough competitor.

“Lewis doesn’t just seem strong in the recent Grands Prix, Lewis is strong – a big difference there,” said Rosberg. “So it’s always going to be a battle against him.

“I’m very disappointed because I had an awesome qualifying and I was feeling good. Good race pace on Friday. So I was really optimistic and thinking I could bring it home. Just very disappointed that everything went wrong.

“I have enough evidence to show myself that I’m always strongest after difficult moments. Time and time again. So no issues there.”

Stewards’ consistency “can be improved”

Rosberg said he has an issue with the consistency of decisions from the FIA Stewards, following his latest brush with officialdom on Sunday.

“It’s a difficulty that we have in the sport, because no two incidents are the same, and we can’t have the same stewards going round the world with us,” he said. “So it’s always going to be a challenge.

“It can always be improved, for sure I’m not saying that because of this example [when he was penalised for forcing Max Verstappen off the track], but in general. It is a difficulty in an area where we can always do better.”

He insisted that the Hockenheim incident could not be compared with his last lap clash with Hamilton in Austria: “It’s not comparable, different positioning.

“I was clearly ahead this time, so it was not comparable.” 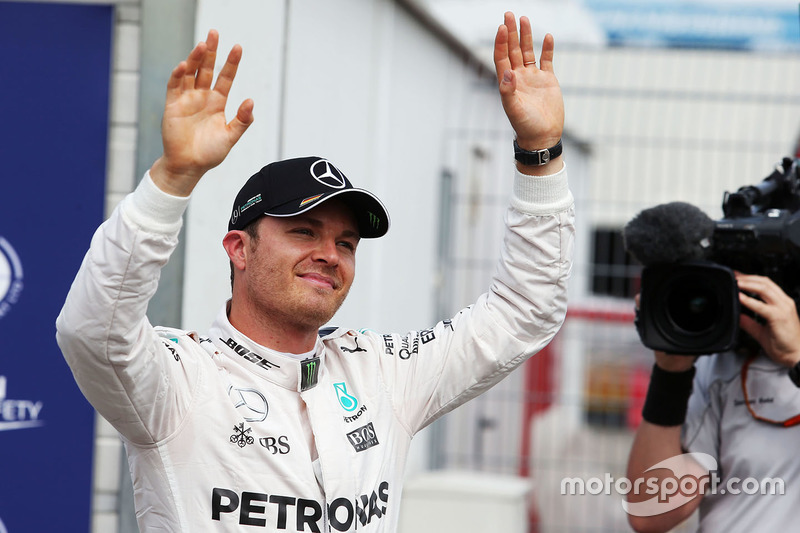 Click on the image to buy Nico Rosberg merchandise

McLaren in legal dispute with Mercedes over engineer

The day Rosberg and Hamilton’s F1 relationship blew up