Rosberg: I wouldn't have quit unless I was champion 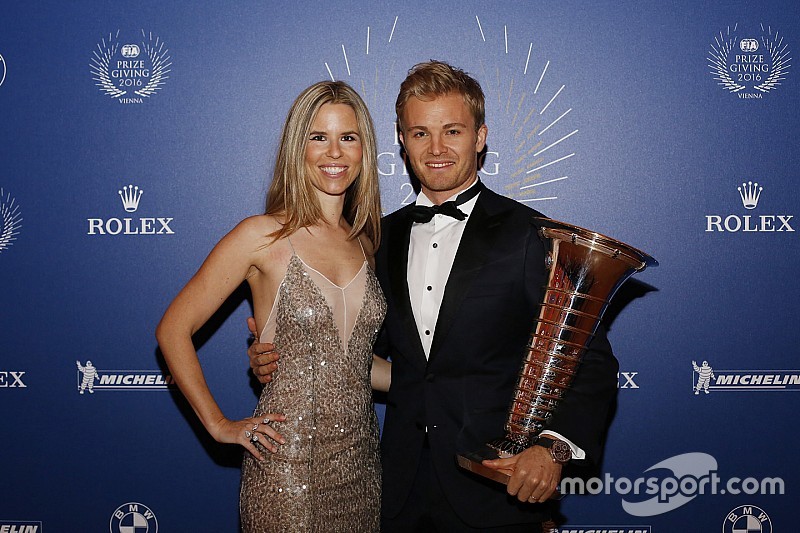 Nico Rosberg has no doubts that he would have carried on in Formula 1 next season if he had not ended this year as world champion.

The German made a shock announcement on Friday that he was quitting F1 with immediate effect, after feeling that he had achieved all he wanted with his maiden title.

After picking up his F1 drivers’ championship trophy at the FIA Gala Awards in Vienna on Friday night, Rosberg said that if he had lost out to Lewis Hamilton in the finale in Abu Dhabi he would have continued in to 2017.

“I never give up,” he said. “So if I had come second I would have gone on for another year next year definitely.”

Rosberg, who only informed his Mercedes bosses on Wednesday of his plan to quit F1, said that the pressure he experienced in the closing stages of the campaign was something he had never experienced before.

“It was unbelievably intense,” he said. “It is indescribable the last four races.

"It was my championship to lose and the last race was the toughest thing I have ever done – except from watching my wife suffer through the birth of our daughter. That was a whole another level!

“It was incredible intensity. It was special, to see the chequered flag and take the title. And big respect also to Lewis.

"He was an incredible competitor, an awesome level, one of the best drivers out there for sure, and that makes it a bit more special that I was able to take it away from him.”

Speaking after a video of his season was played at the Gala, Rosberg added: “I am so proud to be here – they’ve made me cry for the 15th time in four days. It has been a really intense period – achieving my childhood dream.

“Since I was six years old when I started out the dream was very clear – that was becoming a Formula 1 world champion. That is what I pursued all along, and it is mission accomplished for me. I’ve done it.

"It is a dream come true – and now I move on to other things. Let’s see what the future holds – I will follow my heart.”