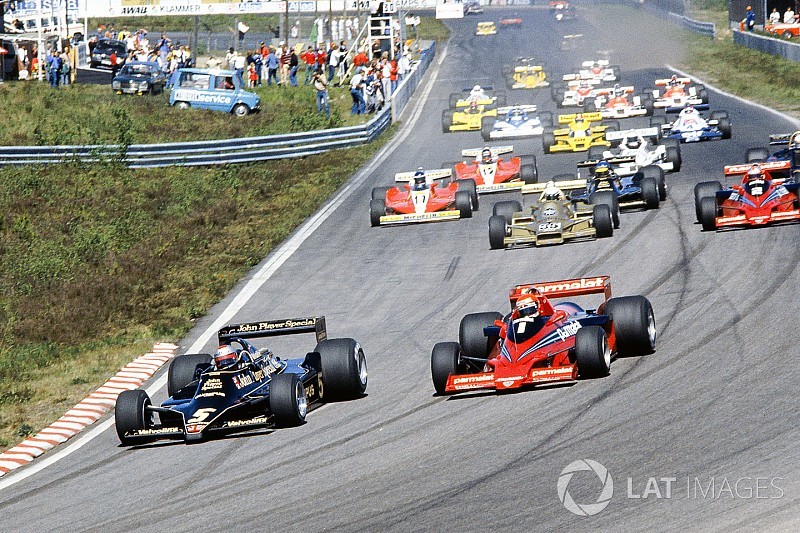 Formula 1’s overhaul for 2021 should take inspiration from its ground-effect era, according to 2016 world champion Nico Rosberg.

Liberty Media took control of F1’s commercial rights during Rosberg’s title-winning season, and the former Mercedes driver has watched from the outside since retiring from F1 at the end of that year.

F1 will introduce simpler front wings next year to try to make it easier for cars to follow ahead of a raft of changes planned for 2021 that are designed to improve racing and reduce the competitive spread of the field.

Rosberg said his demonstration run in Monaco last week alongside father Keke, who drove a 1982 Williams, gave him an idea of what F1 should pursue for the make-up of the cars.

“I was looking at my dad’s car and it’s all ground effect,” said Rosberg. “The aerodynamics are under the car. They could follow each other in the gearbox all the time.

“They [F1] have to go into that sort of direction. And hopefully they’ll manage [it by] 2021 at latest. Because that what’s we all need, for the fun.

“We need to see battles, fighting and touching wheels. That is one of the biggest problems because it’s as difficult as ever.

“Unfortunately at the moment it is not at the right place, and then the costs [need changing] to give more opportunities to the middle teams to have some success.”

Ground-effect aero was tabled as part of F1’s 2017 ruleset, but bigger, more powerful wings was the direction pursued instead.

F1 is going back on that decision slightly with its 2019 changes, which represent the philosophy it wants at the heart of the wider 2021 overhaul.

As well as cars that are easier to race with, F1 is pushing for cheaper, simpler engines, a cost cap and standardised parts to bring individual team budgets under control.

It wants to reduce the competitive spread of the grid and also review the way teams receive their cut of F1’s income to try to diminish the impact of special deals giving bigger teams another financial advantage.

In the short-term, Liberty has tried to invigorate fan interest by introducing several new concepts like live fans events, post-race broadcasts on social media and news ways to follow races trackside and at home.

“They are doing a good job because Liberty knows what entertainment is about,” said Rosberg. “They really try to bring all that in and try to bring the young people in in different ways and that’s a great approach.

“So, this is all good. But the problem is, what pours through everything, is the two things that they are working as well but are much more difficult.

“It’s the cost and the overtaking. The aerodynamics are just too much so it’s as hard as ever to follow and that is such a pity. Sometimes a guy is so much faster, but he just can’t get close.

“That’s the key, because that’s entertaining. If we see battles, that’s awesome.”

Red Bull might not get upgraded engine in Canada

Why F1's hot property has nowhere to go