Rosberg and Hamilton expect no favours from rivals 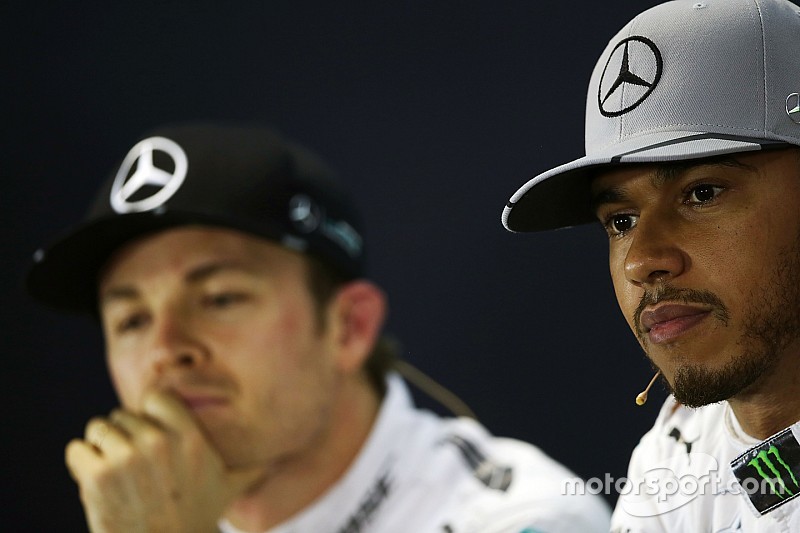 Lewis Hamilton and Nico Rosberg both say that they don't expect any favours from rivals in the Brazilian GP just because they are embroiled in a fight for the championship.

The two title contenders agreed that they would expect other drivers to race them as hard as ever.

Toto Wolff's phone call to Max Verstappen's father Jos has prompted a debate about third parties getting involved in their fight, although the Mercedes F1 boss insists that he didn't try to influence Max's behaviour.

In Mexico, the Red Bull driver was involved in a collision with Nico Rosberg.

"I wouldn't expect anything less than 100 percent from every other driver I'm competing against," said Hamilton, who will start from pole position ahead of Rosberg.

"As a race driver you don't treat somebody differently just because he's fighting for the championship," said Rosberg.

"He's an opponent, and that's how you treat him. That's how I used to do it, and I'm sure everybody else does the same."

Rosberg has no concerns about Verstappen being a couple of places behind on the grid.

"I don't think about individual drivers being around me in that sense. For me my focus is forward, for tomorrow. It's attacking Lewis into Turn 1, and that's what I'm putting my energy into up to the race start, and that's it."