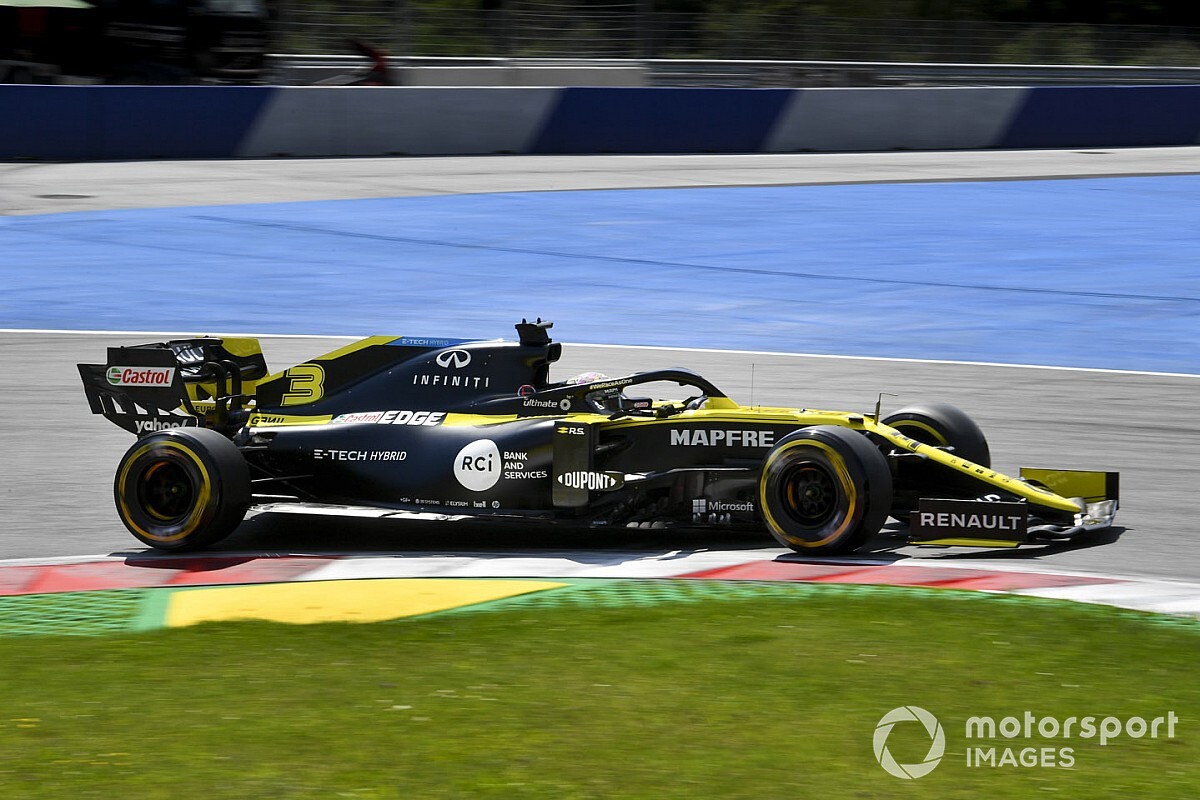 Daniel Ricciardo’s Renault Formula 1 chassis and power unit did not have to be changed after the Australian’s heavy crash in practice for the Styrian GP on Friday.

The gearbox has been swapped to the race unit used in last weekend’s Austrian GP, as was originally planned, which means the Australian will not take a penalty.

Ricciardo himself has also been passed fit to drive, once action finally gets underway after the third practice session was cancelled due to heavy rain.

“After a thorough inspection of the engine it all seems good,” team boss Cyril Abiteboul told Motorsport.com on Saturday morning. “We were switching to the race gearbox anyway, so no worries there.”

Abiteboul said that Ricciardo was on the limit and that wind conditions played a role in the accident.

“First and foremost Daniel is fine,” he explained soon after the session. “Even though he is looking a bit shell-shocked, he is absolutely fine. He has a very small bruise on his leg, but nothing to be worried about.

“As to what happened, I think the car is pushing a bit to have a bit more performance, and mindful of the fact that FP2 could be the only dry session we were trying to explore some dry set-up for more qualifying performance.

“So far all drivers didn’t put a foot outside, but it has been one like that for Daniel which led to quite spectacular consequences.”

Abiteboul is not worried about this weekend's wet conditions. “I think we have a decent car, but still a car that’s missing a little bit of performance, in particular at a track like this one where the corners are very fast, so the effect of the wet means that the cornering speeds are lower, so we are less exposed to the weaknesses that we still have on our car.”

Abiteboul also explained that Ricciardo’s retirement due to overheating in last weekend’s race was a result of a cracked radiator. He is confident that the problem has been addressed after some urgent work in the UK factory.

“It was a very strange thing that never happened [before],” he noted. “It’s a small crack on the radiator, one of the coolers, which meant that we had a loss of pressure, and therefore the water temperature in the engine was starting to creep up. And we stopped the car in order to protect the engine really.

“What we’ve been able to do is the type of radiator magic that F1 is used to. We sent all the radiators to Enstone, we got them inspected, x-rayed, every single one of them, and shipped them back in time – no quarantine for them. We should be fine in that area.”

Styrian GP qualifying as it happened