Ricciardo: Low-grip tracks feel like a robbery for F1 teams 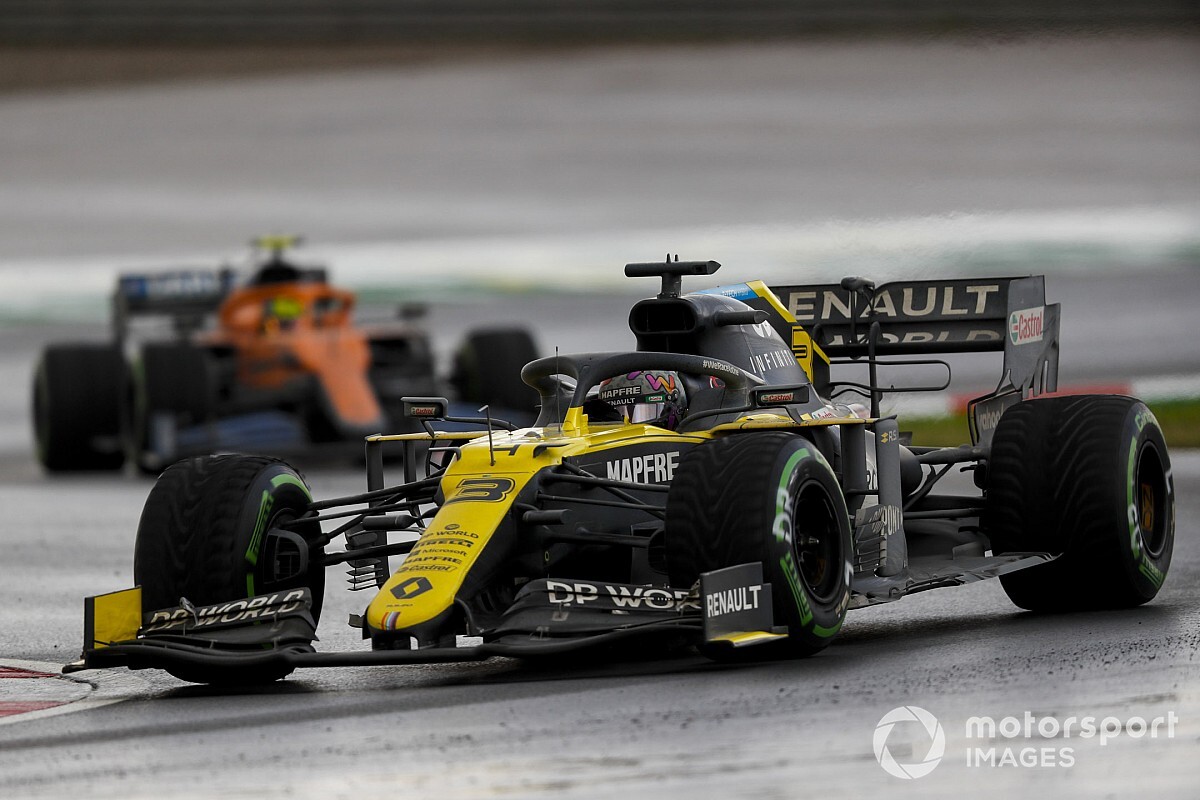 Daniel Ricciardo says that having more low-grip track surfaces in Formula 1 would feel like a ‘robbery’ for teams that are asked to build the world’s fastest racing cars.

The situation was made even worse in qualifying and the race when they were hit by rain, and there were a number of spins as drivers battled to find the limits.

But despite the frustrations that many leading figures felt, the lack of grip helped produced a great spectacle, with Lance Stroll taking a maiden pole position and Lewis Hamilton pulling off a brilliant win.

While the entertainment value prompted some talk about the benefits that could be had from more lower grip tracks, Ricciardo is very sceptical about that being a route the sport should take.

Asked if F1 could learn anything from what happened in Turkey, Ricciardo said: “Yes. That this is not the answer.

“Look, don't get me wrong, and I knew everyone sitting on the couch had a fun and exciting one to watch, but, I think to be honest, I don't know if we learn anything from this weekend.

“We'll probably never come to a situation like it again with this level of grip. I think as well when teams are spending so much money developing cars and putting all the knowledge into designing the fastest race cars in the world, not being able to use them….if it was all the time, it would feel like a robbery.

“It's like why are we putting so much into these cars if we can't actually push the limits?”

But Ricciardo’s scepticism about the surface has not been backed up by F1 chief Ross Brawn, who reckoned the weekend benefited from circumstances that allowed driver talent to come to the fore.

Writing in his regular column, F1’s managing director of motorsport Brawn said: “I think drivers sometimes need to remember it’s a competition of who crosses the line first so while grip levels weren’t high, it was the same for everyone. Some drivers got their head down and came to terms with it, others found it a distraction.

“Having a challenging surface as we had this weekend was no bad thing. It showed a driver’s talent to the max. I don’t think grip levels are a measure of the level of competition you will have.

“Competition needs to be fair and equal. It’s a sport, so we need to give everyone same opportunity. It’s challenging, but that should be seen as good thing.”