Daniel Ricciardo says he is eager to do a helmet swap with former teammate Sebastian Vettel before the German eventually leaves Formula 1.

With Ricciardo being an eager collector of rivals’ helmets, he has done a number of swaps with competitors over the years.

But he says the one driver who he has not yet done one with, and he would like to do so, is Vettel. The pair were teammates at Red Bull in 2014.

Asked about which drivers’ helmet he would like the most, Ricciardo said: “To be honest, Sebastian.

“I haven’t done a swap with Sebastian and, because he was a teammate, it would be nice to do that.

“Maybe I have a bit more time as he is staying in the sport a little longer, but if he retired this year I had better get in quick. I’ll have to ask Sebastian as I am yet to do that yet.” 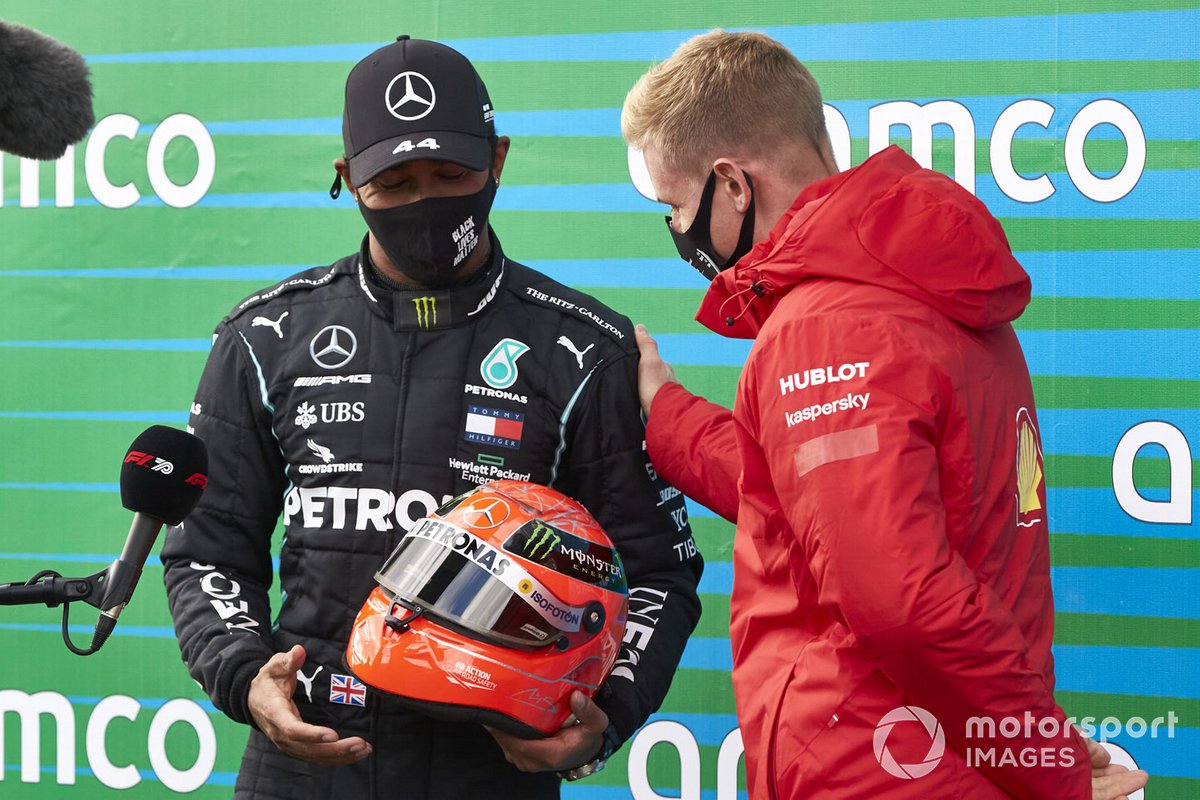 Ricciardo said recently that Lewis Hamilton being given one of Michael Schumacher’s old helmets, when the Mercedes driver matched the all-time win record, was one of the best gifts he has ever seen in F1.

The Renault driver said he had received some pretty good stuff over the years, but it was his helmet collection that he especially liked.

“I’ve got some nice gifts for sure,” he said. “Leaving Toro Rosso, now AlphaTauri, they gave me a steering wheel which I thought was really awesome. And then Red Bull gave me a dirt bike, so that was pretty awesome as well. I feel quite spoilt with these gifts.

“The helmet collection is coming on. Each year, I will try to do a couple of swaps and it is cool. I like to keep a collection for myself with my designs, but I also like to trade with another driver.

“For a driver it is the biggest sign of respect, so that is always fun. So we will see who we will do swaps with this year. But helmets take up a lot of space, so I need to start organising a proper room to keep them all in. But it is a nice problem to have.”