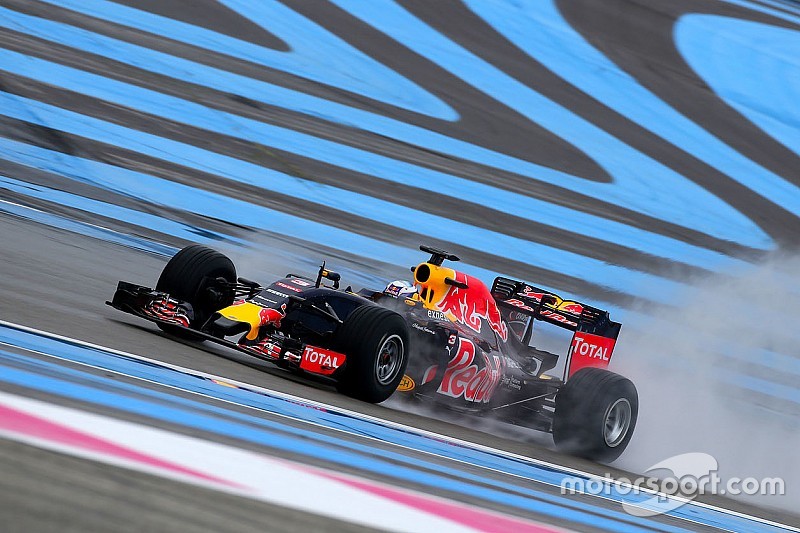 Daniel Ricciardo was quickest on the opening day of Pirelli’s wet weather test at Paul Ricard in France on Monday – even though the final times ultimately meant very little.

The Red Bull driver, whose only issue was a transponder glitch that meant many of his laps were not recorded, ended up four tenths of a second ahead of Stoffel Vandoorne, with Kimi Raikkonen another half a second back.

The trio, who were the only drivers present for the Pirelli test, spent their day conducting 10-lap runs to help evaluate prototype designs of wet rubber.

Pirelli’s focus in the test has been on its more extreme wet weather rubber, rather than the intermediate specification. Teams were not allowed to evaluate 2016 car components.

To ensure track conditions were as stable as possible, the circuit was soaked between runs by a sprinkler system.

The only red flag of the day came in the early afternoon when Vandoorne suffered a suspected technical failure that left him stranded on track.

Sebastian Vettel will join the test on Tuesday for Ferrari, while Daniil Kvyat will replace Daniel Ricciardo at Red Bull.

Vandoorne will remain in the McLaren for the final day of running.

*Only 80 officially timed due to transponder problem