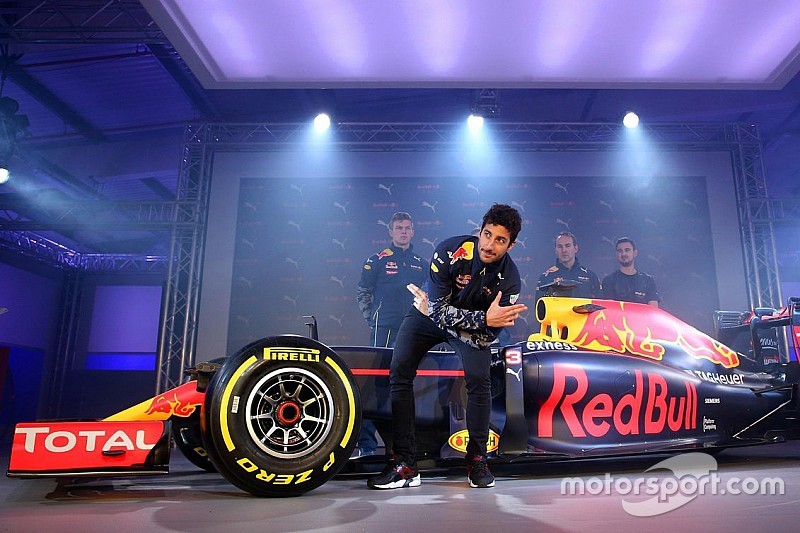 Daniel Ricciardo has revealed that he has been told by his Red Bull bosses to lose weight ahead of the start of the Formula 1 season, as his team pushes the limits with its new car.

Having already lost three kilograms since the end of last year, the Australian says he has been requested to lose even more before the F1 opener in Melbourne.

"I am 3kg down and I have another 2kg to go from where I ended last year – with a bit of Christmas on it!" said Ricciardo, speaking at the team's livery launch in London this week.

When asked by Motorsport.com about why there had been such a big push for him to lose weight, Ricciardo confirmed that there had been orders from his team.

"It is not fun losing weight, but if I thought it would be a real challenge or whatever for sure I would not have got the weight off," he said.

"But I know I can do it and hopefully get myself there. It is not only weight I put on over Christmas, because I didn't put 5kg on.

"But we are quite tight with the weight of the car and we have been advised to be a bit leaner than last year. So it will be more like 2014 for us now."

Back in 2014, for the start of the new turbo V6 regulations, drivers were forced to slim down as teams felt it was one area that savings could be made to the weight of the car - which is measured with the driver onboard.

Following complaints, and to prevent drivers risking falling ill through excessive weight loss, for 2015 the minimum car weight was pushed up by 10kg to 701kg.

However, with Red Bull pushing their design to the limits in a bid to close the gap to Mercedes and Ferrari, the issue of driver weight has popped up again.

When asked if the situation was becoming unacceptable again, Ricciardo said: "It depends on the team and how heavy they have built the car.

"For us, this year, it is on a fine-line. And it is about management. If I can get down to 67-68kg and still be healthy then it's okay. But it is starting to get on the low side.

"I wouldn't want to drop below that and still perform at the level we do. It is a challenge – but it has made me more interested in nutrition and things I can learn with my training.

"I'm learning abut my body and trying to be more efficient, not only through training but also in the car – which could help me out."

End of engine tokens will lead to spending frenzy - Horner