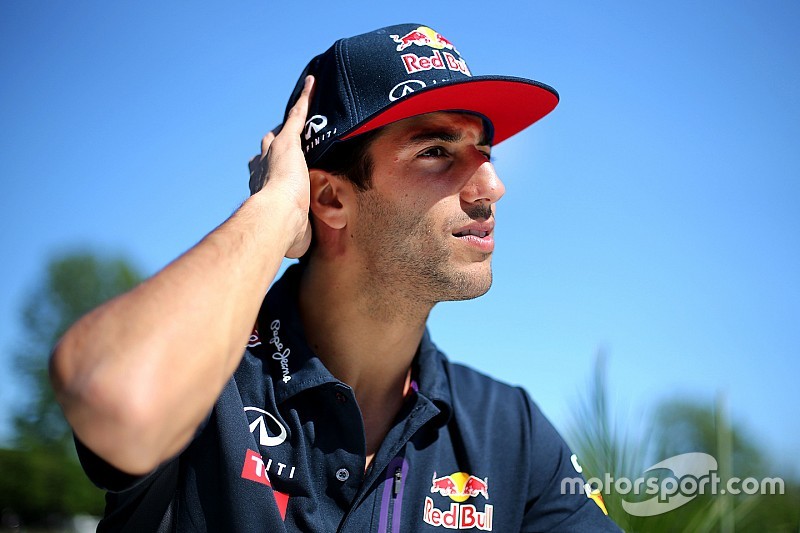 Red Bull’s 2014 Canadian Grand Prix winner Daniel Ricciardo has vented his frustration at the lack of progress with the RB11 chassis, admitting “nothing seems to be working” in terms of development.

Ricciardo qualified ninth in Montreal, 1.7s off the pace of polesitter Lewis Hamilton and behind his teammate Daniil Kvyat.

But it is a lack of progress with the car that has angered him, namely its ongoing inability to switch on its tyres at the right time – as much as the lack of power from the Renault engine.

"It's frustrating, obviously a year ago here was a bit different," said the 2014 Montreal race winner. "One year later things shouldn't be getting that much worse, but they are so it's like that for now.

"Obviously it's also power limitation, but we didn't go quicker in Q3," he rued.

"In Q1 and Q2 we did a build lap, and then a push, but it felt like it was taking too much out of the tyre.

"For Q3 we just tried to hit it on the first timed lap, we've got downforce and whatnot, but the tyres weren't ready – they were nowhere. We just can't seem to get a sweet spot, to get on top of it."

Frustration at lack of progress

Ricciardo stated that few of the upgrade packages for the chassis have improved the situation, and he feels the development curve is too flat.

"The last few races, we've had updates but, to be honest, they haven't really done anything for us," he said. "I don't think we all really know what we need right now, or where to find it. We're trying but we're not getting much in return.

"In a way we'll probably have to take a step back in terms of look somewhere else to see if there's something fundamental missing.

"On the power side, we know what that is, but on the chassis side there is something there we can't grab onto – which we had last year.

"We weren't perfect last year, but we haven't really moved forward this year. It's not through lack of trying, we even tried something pretty big yesterday morning on my car, but nothing seems to be working."