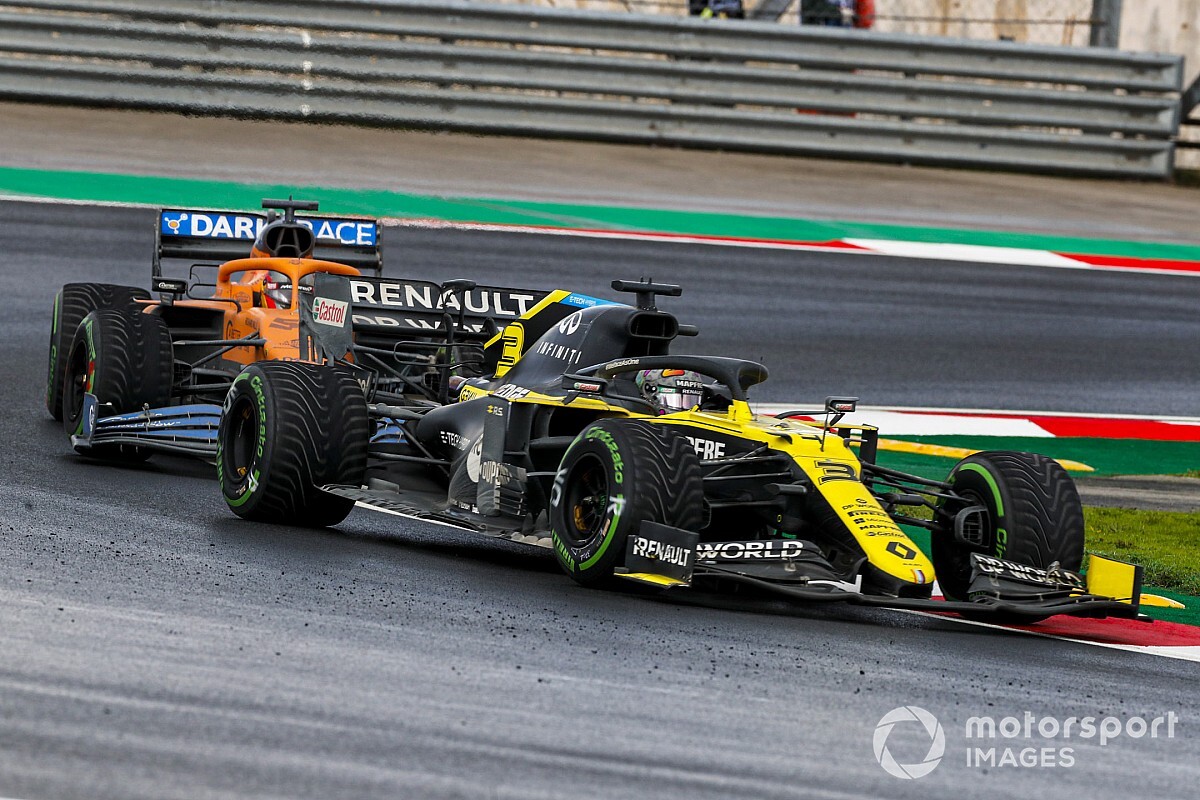 Daniel Ricciardo says he is not disheartened by Renault now being the ‘underdog’ in the fight for third place in the standings with Formula 1 rivals Racing Point and McLaren.

The Australian has played a central role in a fierce fight between his own Renault outfit and its two competitors for the best-of-the-rest tag behind Mercedes and Red Bull.

But while the three had been separated by just one point heading into last weekend’s Turkish Grand Prix, a strong weekend for Racing Point and a disappointing outing for Renault means there is now an 18 point gap between them.

Ricciardo admits that the situation is not ideal, but says that with three races to go there is still plenty of opportunity for Renault to fight back.

“For sure now we're the underdog, but it's still doable, and there's still three races,” he said. “If there was only one race left, or even two, I'd certainly be a bit more pessimistic. But we can still do it.

“It's obviously a shame that there was a big swing [in Turkey]. It does sting, we can't deny that. But with three races to go I think we still have a chance to pull it off.

“And although the races will probably be dry, they'll still be a bit going on. We know Bahrain, it's a tight turn one. So maybe Sergio [Perez] and [Lance] Stroll want to get into each other! We'll see.”

Ricciardo’s teammate Esteban Ocon shares optimism that the fight with Racing Point and McLaren is far from over.

Asked if he felt Renault can still win the battle for third, he said: “Yeah, very much. I think we still have all opportunities ahead of us.

“There are still three races to go, a lot of points available on the table. Where we are, it can turn very quickly from one way to another. So, you know, I have no doubt that we'll be again in the fight in Bahrain and in Abu Dhabi as well.”

Ocon also reckons that the warmer temperatures expected in Bahrain and Abu Dhabi, compared to recent races, will be a boost to his team.

“I think we are usually pretty good in tracks where the heat is strong,” he said. “Usually we look well after the tyres and on these tough tracks we are pretty strong.”

The aero secrets revealed by F1's dirty cars in Turkey