Ricciardo: Renault no longer a "hit or miss" car 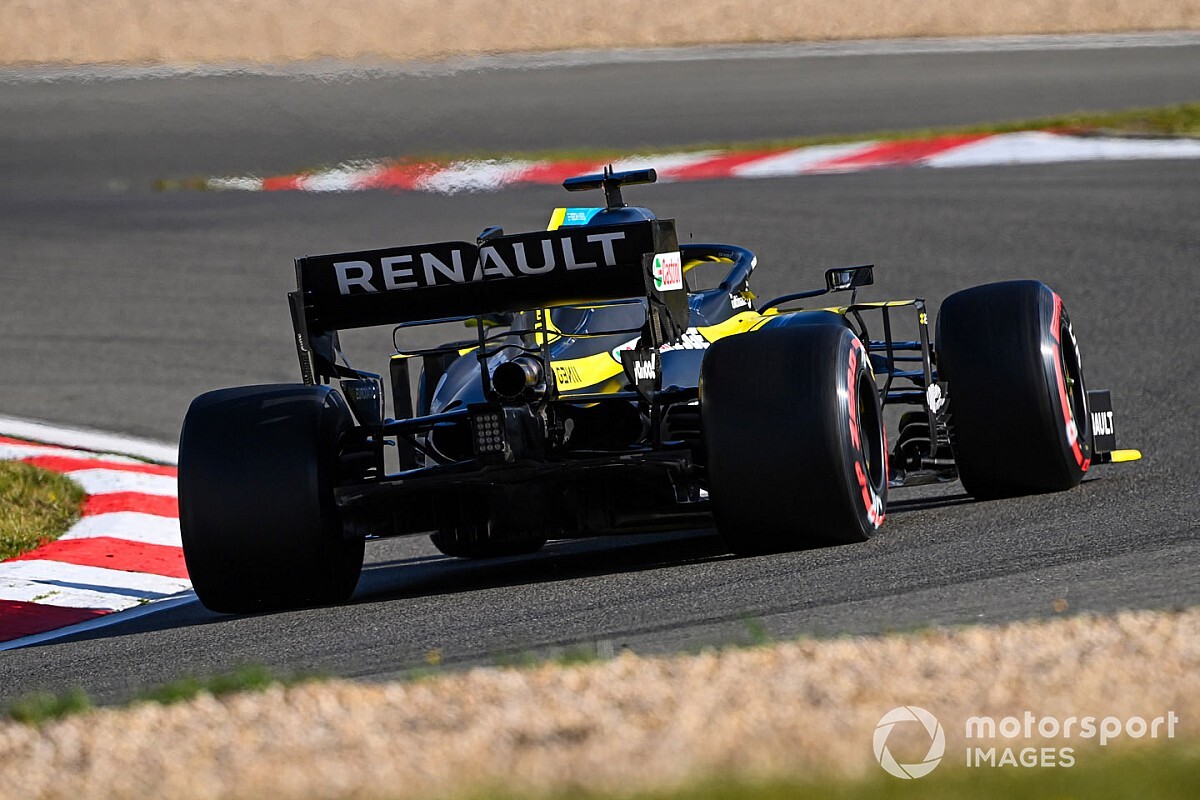 Daniel Ricciardo says one of the key factors that has helped Renault's progress in Formula 1 is that it no longer has a 'hit and miss' car.

The Australian's podium finish at the Eifel Grand Prix has thrust Renault in to contention for third place in the constructors' championship.

That battle is closely fought between Racing Point, McLaren and Renault, with just six points separating them with six rounds to go.

One of Renault's key strengths recently has been its consistency, having finished in the top six at every race since the Belgian Grand Prix.

It's that run of form that has left Ricciardo bullish about Renault's prospects in that fight for 'best of the rest', as he feels the team can lay to rest the up-and-down pace that dogged it throughout 2019.

"From the start of the year, it's been a new car from last year in terms of it's been a lot better," said Ricciardo. "The rear of the car has picked up a lot of downforce, so that's given us drivers confidence to nail the throttle and get off the corner better.

"It was around Silverstone, I think, we had a few updates and that really just felt like we were able to basically find a bit more ease in setting the car up and it wasn't so hit-or-miss.

"Last year I felt we, at times, could be very fast or well outside the top ten. I think now we're just able to sit in that sweet spot and obviously the performance is there.

"It's proven now: we've done it on low downforce and high downforce circuits. So, yeah, I think it's a good package and we should have confidence now for the remainder of the season."

Renault's strong form at the Eifel Grand Prix was especially significant because it came on the type of high downforce circuit that the team struggled on earlier in the year.

Esteban Ocon believed that with the team now showing itself to be quick everywhere, he reckons it can now go to every race with sights set on delivering strong results.

"It's definitely giving us great confidence because, as you know, we were struggling in Barcelona and Budapest, on those high downforce settings," said the Frenchman.

"We were back on those for the Nurburgring, and the car has been feeling great and feeling strong. So you know that's all behind us now.

"I'm not saying that if we go back to Barcelona, we would qualify sixth and seventh, but it's giving us great hope and obviously great confidence to continue the season like that."