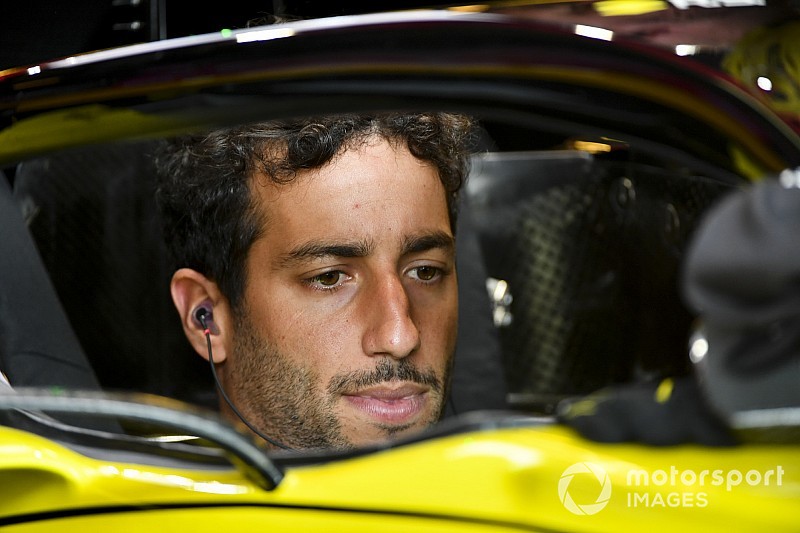 Sergio Perez says Formula 1 rival Daniel Ricciardo was being "very disrespectful" by trying to overtake him ahead of their final flying laps in the first segment of Hungarian Grand Prix qualifying.

Ricciardo and Perez were caught in a queue of cars backing up at the final corner ahead of their final Q1 runs before the Renault driver tried to get ahead on the outside line.

Perez responded by jumping back in front on the inside as they ran onto the start/finish line, but both were compromised and missed the cut at the end of their subsequent final flying laps.

“You see the car ahead, and everyone is just opening gaps,” Perez told Sky F1. “I think what Daniel tried there was very disrespectful, he screwed up his lap and my lap.

“I ended up starting my lap very close to [Lando] Norris, I think Daniel was very close to me, so it was just a very bad say for us.

“I was having to push because it was the final corner, otherwise you start too close to him, and that meant I was too close to Norris.”

Ricciardo, who qualified a place behind Perez in 18th, felt he and the Mexican “just screwed each other” as he reflected that “it is certainly the most upset I’ve been in a while”.

“It actually felt okay but obviously the last run, that’s when you have to do it,” Ricciardo said to Sky F1. “But it was a bit of mess basically, opening the lap.

“We put ourselves in traffic, and at that point I felt like we could have known what would happen better, coming up the last corner, if I needed to create space earlier.

“So I wasn’t creating space, and then we got to last corner and everyone’s backed up.

“What do you do? You try and pass them, and keep your tyre temperature there, or do you hang back and start the lap with cold tyres? I tried to go and then Perez and the others weren’t going to have that.

“I felt like Perez and I just screwed each other – just too late trying to make something happen, and then the lap’s compromised.

“Tomorrow’s another day, we’ll see what happens. Right now, it is certainly the most upset I’ve been in a while.”

Perez felt that a “perfect Q1 would have meant Q2”, as he and his Racing Point teammate Lance Stroll failed to make it out of the first phase of qualifying.