Ricciardo on Alonso Indy's 500 bid: "I sense his frustrations" 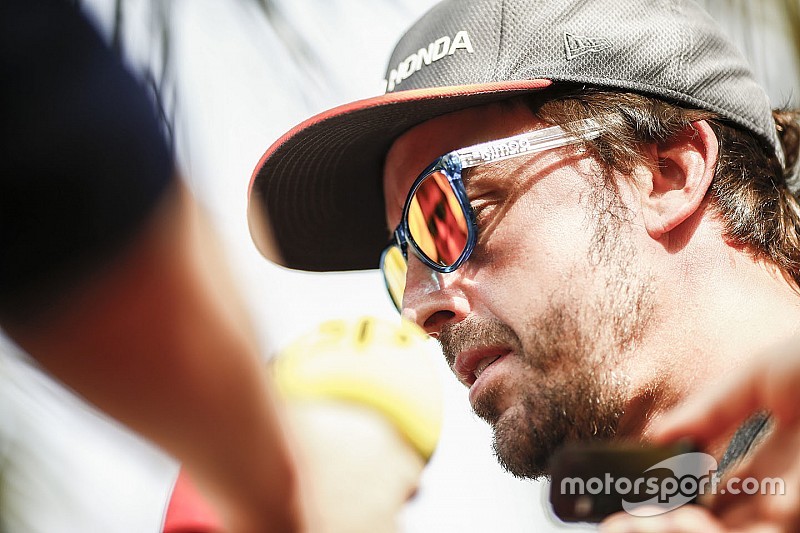 Red Bull's Daniel Ricciardo says he understands Fernando Alonso's frustrations after the Spaniard's decision to skip the Monaco Grand Prix to race in the Indianapolis 500.

Alonso will miss the Monaco F1 race at the end of May to contest the Indy 500 in a McLaren entry run by Honda-powered squad Andretti Autosport.

Given Honda's struggles since returning to F1 in 2015, the street circuit has been McLaren's best track on the calendar, with fifth in last year's race equalling Alonso's best result since leaving Ferrari at the end of '14.

While Ricciardo says he "wouldn't want to miss Monaco", he thinks 35-year-old Alonso has picked a good window branch out.

"I think Fernando is missing a good one," he said. "Then again, if you're not fighting at the front, it can be a long race around there.

"It's cool that he's doing it. Personally, I think he's picked a good time to do it. It's an opportunity to him and he can do it with a good team as well. I sense his frustrations, his position in the sport at the moment.

"If he's been given that opportunity, I probably would take it as well, in his position, at his age."

NASCAR fan Ricciardo says he would be more inclined to try the Daytona 500 over the Indy 500, but does not have any extracurricular racing on his mind just yet.

"It could open up some doors," he said of Alonso's move. "I guess, probably more at the tail end of my F1 career, I'd be looking more at my options.

"Now, nothing seems that attractive. Now I want a faster F1 car, as apposed to a fast IndyCar or something."

Most of Alonso's on-track rivals admitted they were not expecting the news, with some adding they would never skip a grand prix to race something else.

Haas driver Romain Grosjean said he was particularly "surprised" that Alonso would miss Monaco, given the prestige of the race and McLaren's improved chances at the circuit.

"Monaco is one of the races where you can easily, with not the best engine on the grid, try to do something. It's an iconic race of the season.

"I'm not here to judge anything, I'm not the boss of McLaren. We have 20 races in the world, and you are skipping Monaco, one of the most iconic, to go somewhere else.

"It's great in one sense. In another sense the world could be thinking he's in Formula 1 and he misses a race to go somewhere else…"