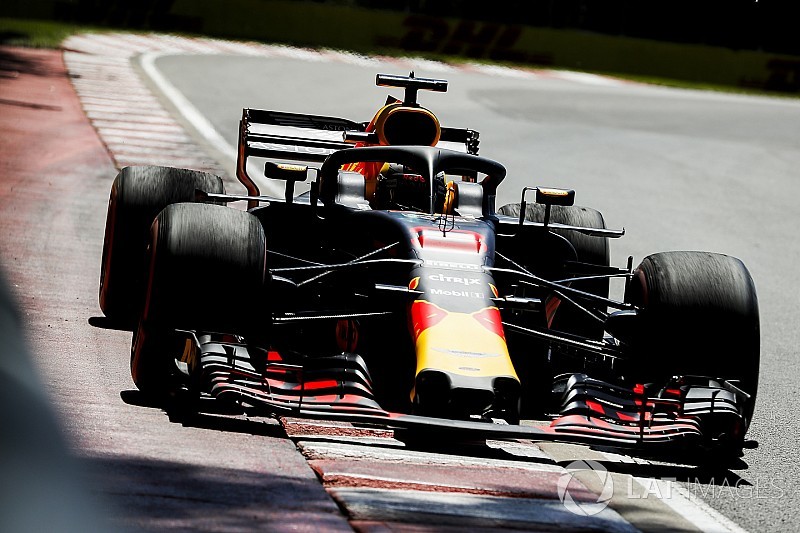 Ricciardo took a different direction in setting up his RB14 after Friday's running and, while Verstappen then completed a clean sweep of practice sessions in Saturday morning's FP3, the Aussie was over half a second off.

This prompted a change for qualifying, in which Ricciardo was within two tenths of his teammate in Q3.

"So this [Saturday] morning we were a fair bit different, across cars, and obviously we were not that great this morning, so we came back," Ricciardo explained.

"It was kind of where we were yesterday and a little bit further in that direction, and that was where Max was, so we're pretty close now."

Ricciardo's weekend had been affected by losing mileage to a mechanical problem in FP2 and "more issues" in FP3.

He reckoned this was a factor in the gap to Verstappen – although he also admitted the Dutchman had been "driving really well".

"I definitely feel some of it has just been that lack of track time, lack of rhythm," Ricciardo said. "I think that's contributed to it, and also he's just been driving really well all weekend.

"I think he's been comfortable from the start, and he's been able just to kind of set it up each run, they haven't really changed their car much at all. We're chasing our tail a bit more.

"So it's a combination of that, and the fact that he's just been driving really well."

Ricciardo said he was content with the way his qualifying had gone, if not the result itself, as he placed last of the three leading teams' drivers in sixth.

"The result on paper, I'm not happy with sixth, but am I happy with the way I drove and actually what we did? Yeah.

"Obviously, it's the tail end of that pack, which is why I'm not happy - but looking at kind of where we were, it doesn't make me satisfied, but I feel we did all we could with what we had."

Ricciardo will start the race on the hypersoft compound, as will Verstappen in third place – whereas the Mercedes and Ferrari cars will all line up on ultrasofts.

Red Bull's hypersoft call was questioned by Sebastian Vettel after qualifying, but Ricciardo believes it could help him make up ground early on – and reckons a podium is not out of the question.

"Obviously it's still a difficult track to overtake, but for sure I think - I don't know to what point, but I would at least guess the first three laps, we should have a bit of an advantage.

"And if the others are sliding around in dirty air or whatever, we should be able to just get a bit more out of them [the tyres].

"It sets us up to be aggressive and attacking, should hopefully make some good TV as well.

"I don't think a podium is still unrealistic for tomorrow, as long as we get the hypers to lap whatever-it-is, to still do a one-stop."