Daniel Ricciardo felt he lost “a little bit of faith” and started second-guessing himself before his Monza Formula 1 win, calling his start to 2021 with McLaren “nearly laughable”.

Ricciardo joined McLaren on a three-year contract for the 2021 season after his exit from Renault, but initially failed to match teammate Lando Norris for pace.

Norris scored three podium finishes and more than double the points of Ricciardo before the summer break as the Australian struggled through the first half of the season.

But Ricciardo responded in emphatic fashion by scoring McLaren’s first win for almost nine years in the Italian Grand Prix at Monza, leading home Norris for a 1-2 finish.

Ricciardo took to his radio after winning the race to tell his McLaren team: “Deep down I knew this was going to come, so thanks for having my back. And for anyone who thought I left, I never left. Just moved aside for a while.”

Ricciardo explained how the message was directed not only at those who had written him off, but also at himself after conceding he had some doubts and questions arise.

“I appreciate that message was going to be directed at I guess people who did maybe think that I'd checked out, and that I was on my way out or a little bit washed up or whatever,” Ricciardo said in an end-of-season interview including Motorsport.com.

“But still, first and foremost, that message was for me because there were times where I did lose a little bit of faith and I did second guess myself like, why am I struggling so much? Do I have now a little bit of fear that I'm not pushing the car as much?

“I knew I didn't, but still when things aren't going well, some of these questions pop up. So the 'I never left' was also for me to be like, I can still do it, I still belong here. And anyone that forgot, then forget no more.” 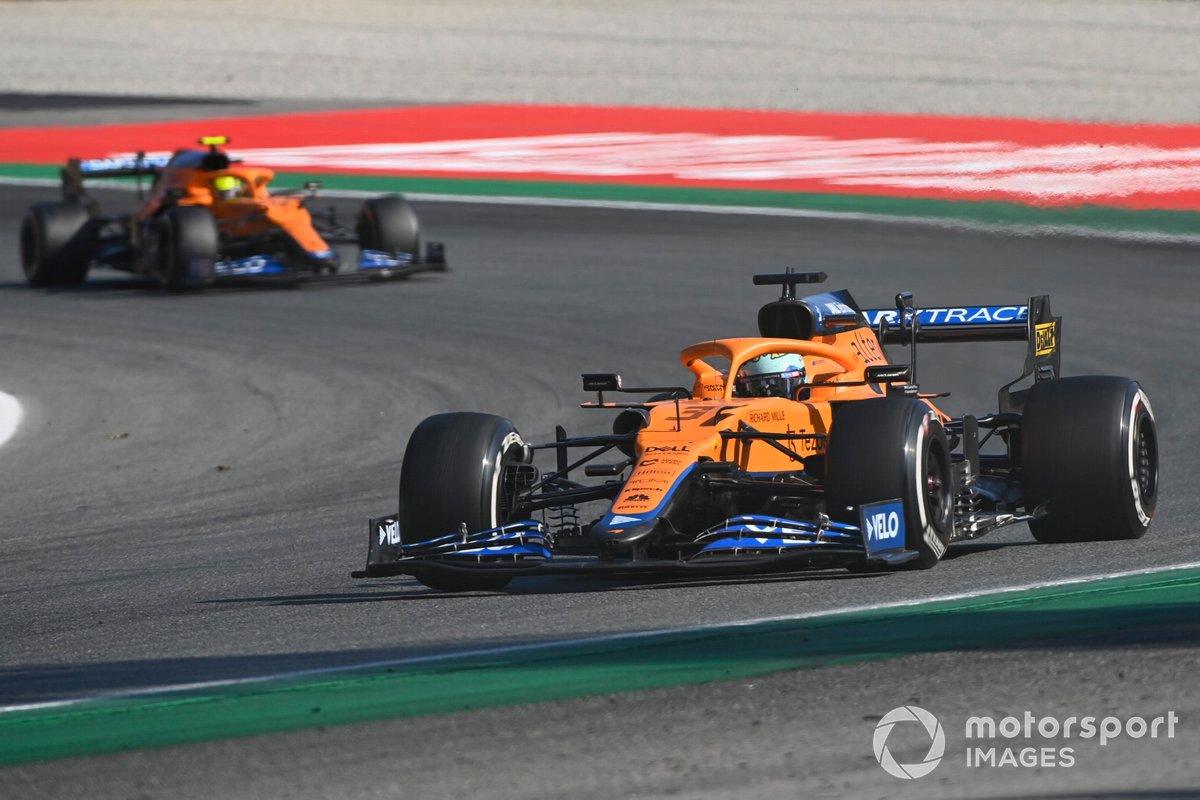 Ricciardo said that after his strong end to the season in 2020 with Renault and then outqualifying Norris for the opening race of 2021 in Bahrain, part of him thought that it was “only going to get better”.

“Maybe that was bad, because then it was probably even more head scratching that I was in a way going backwards over the next course of races,” Ricciardo said.

“But yeah, I think now the second half of the season, it went better. I got the win and did all this, and confirmed a lot of stuff to myself.

One of the lowest points of Ricciardo’s season came at the Hungarian Grand Prix, when he crossed the line 11th out of 13 finishers after picking up damage in the first-lap melee at Turn 1.

Ricciardo felt footage from the onboard camera on his car that showed him cutting a dejected figure in parc ferme as he checked the damage on his car “explained everything why I needed the summer break”.

"As dejected as I was at the time, part of me was also happy, because I was like, alright, the first half has been what it was,” Ricciardo said.

“It’s nearly laughable in some ways. So let's just f*** it off, jump on a plane and just not care about F1 for two weeks.

“I think everyone operates differently, but I need that escape sometimes. I'm not a driver that goes to bed every night thinking of F1. So I knew it was going to be healthy for me.”

The forgotten story of Hamilton's first race against a Verstappen