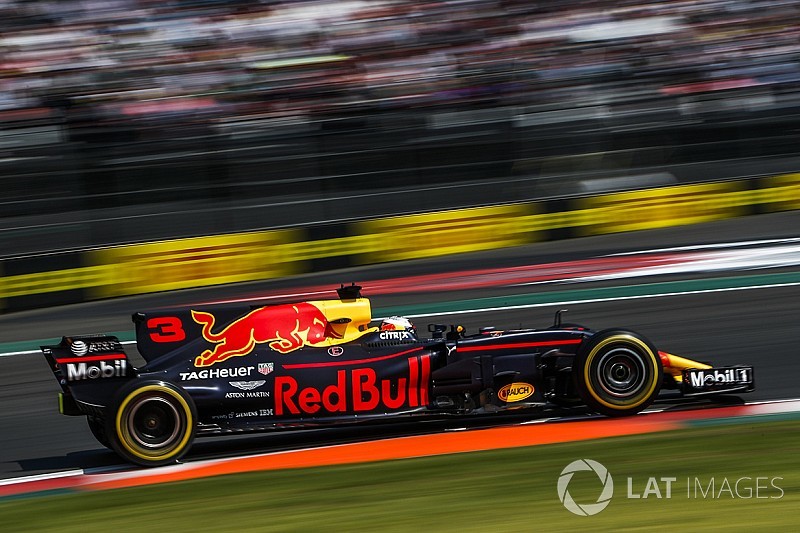 Ricciardo had taken a series of grid penalties for that race, following engine component changes, in a bid to be penalty-free for Sunday's race at Interlagos, but then suffered the issue in the race.

Ricciardo suggested the failure of the MGU-H in Mexico would mean he will need a new part, which will be his eighth of the season, triggering a penalty.

"I may have to take another penalty, it's likely at this stage," said Ricciardo. "We could maybe avoid it, but it's probably going to put us at a risk of not finishing.

"We tried to avoid it last week but it still didn't happen. It probably won't be a big one but if it is, it could be a 10-place drop."

When asked by Motorsport.com if it was up to him, would he rather take the risk or take a penalty to be sure, Ricciardo replied: "We'll discuss it today.

"If they say you have 10 percent chance of finishing the race with this thing, then I'll want to change it.

"Coming into the weekend, we get a pre-race report from the engineer. He gave me a heads-up it's likely we'll have to take a penalty."

Team boss Christian Horner said the final call on whether or not Ricciardo takes a penalty would come after Friday practice.

Said Horner: "We're just waiting to evaluate things - we'll know more after free practice tomorrow. We need to go through the components with Renault, but there's a strong likelihood that he'll be taking a penalty.

"We have a fair idea, but we need some more analysis from Renault. There will be a decision tomorrow."

Max Verstappen had the majority of reliability issues in the first half of the season, but it is his teammate who has suffered more after the summer break.

"It is what it is," said Ricciardo. "I don't look into that side too much. If I don't finish, I'm disappointed but I don't think about how it would have been different if it happened earlier.

"It's frustrating when you don't finish but unfortunately, it's part of the sport. It's always going to go like this.

"Earlier in year, when I had run of podiums and the win in Baku, I was taking everything I could. The opportunity was in front of me so I took it.

"Baku was a crazy situation and I took it. But I know these things come and go. I will celebrate the good days as they don't happen every weekend.

"It's something to deal with. It's frustrating but it's the sport I signed up for."