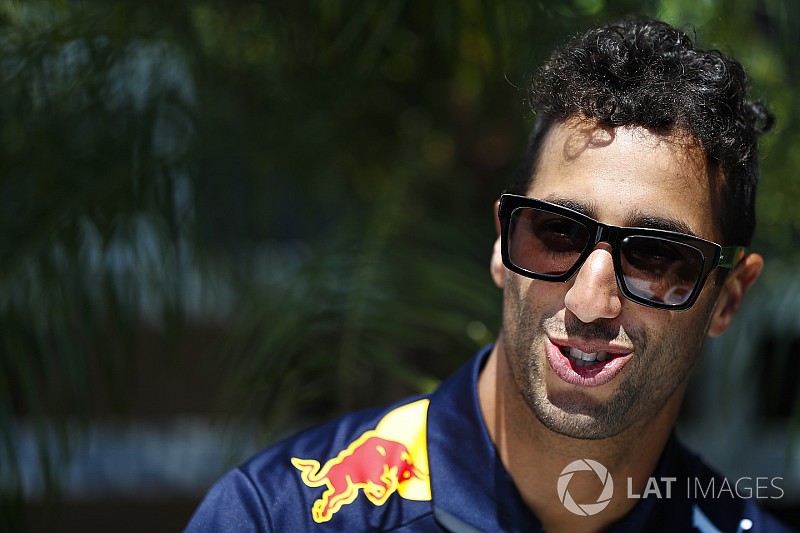 Daniel Ricciardo hopes to avoid taking a Formula 1 grid penalty during the Canadian Grand Prix weekend, despite the loss of the MGU-K that failed at Monaco

Red Bull chief technical officer Adrian Newey had said he expected a penalty for using a third MGU-K of the season in Canada, which would mean a 10-place drop for exceeding the maximum allowed in a season of two.

But Ricciardo will use the MGU-K he used at the start of the season before it was changed during the Chinese Grand Prix weekend.

He will only be hit with a grid penalty in Canada if that MGU-K needs to be replaced.

"Currently, no. I've been told there's no penalty," said Ricciardo, when asked about the possibility of a grid drop.

"If something happens tomorrow in practice and we're forced to change something, then I'll get a penalty, but for now we've got enough parts to run and if it runs reliably then we'll do the whole weekend on it."

Ricciardo expects to be given a penalty for using a third MGU-K later in the season.

He admitted this could come as early as the French Grand Prix in two weeks' time.

"Yeah, I guess, it could come as soon as Paul Ricard," said Ricciardo when asked by Motorsport.com if he expects such a penalty later in the campaign.

"When I heard whispers about a potential penalty here, I was at that point [saying] I'll take it in Paul Ricard but not here.

"This is such a difficult circuit for overtaking and obviously having such good momentum at the moment, a penalty would really take a bit of wind out of our sails.

"If we can escape this weekend without it, I'd rather take it somewhere else."

Ricciardo added that there was a strategic element to the decision both because of the need to extend the life of the original MGU-K as far as possible and his hopes of Red Bull being competitive in Canada.

The fact Red Bull was strong using the hypersoft Pirelli tyres in Monaco also played into this decision.

"We'll try and go as long as we can to delay it, because the earlier we take a penalty, then maybe [the risk] we have to take another one before the year is out [is increased]," said Ricciardo.

"But also, we were good on the hypersoft in Monaco and maybe it gives us another chance this weekend to have a strong race.

"We feel, on paper, this circuit should suit us more than maybe a couple of the others coming up.

"Winning two in a row would be nice, so we'll try. Starting 15th, it would be very unlikely."

Leclerc hopes for Ferrari chance as early as 2019