The new upgrade package includes a new floor and sidepods, with Norris getting priority on it for Singapore as Ricciardo will take delivery of it next weekend in Japan.

The Australian acknowledged that the Woking team couldn't ready enough parts to equip both cars this weekend, and that Norris was given first go because he is staying and thus has to learn as much as he can heading into 2023.

"Lando has got it," Ricciardo said when asked by Motorsport.com about the upgrades. "Just with time and whatever, resources ultimately, we'll both have it in Japan, but this weekend, it's just him.

"And I guess the next question is why him? A lot of its development as well, and direction for 2023. So it's pretty much that.

"And obviously, he's here next year, I'm not, so for him to get another weekend to give the team feedback and obviously direction for next year, that's ultimately the reason."

Ricciardo downplayed any suggestion that he is losing out because he is exiting the team at the end of the season.

"This weekend he gets the update, but as far as I know in Japan, I'll have exactly the same as him. 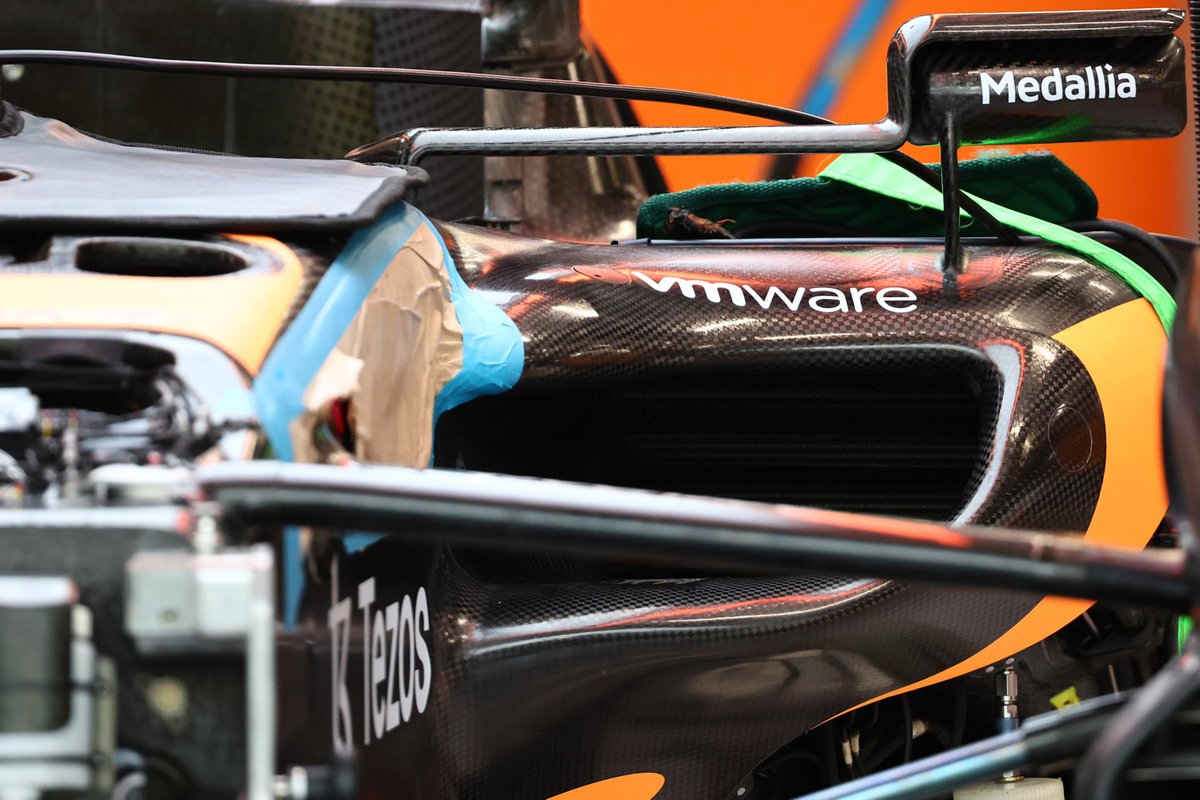 "Obviously moving forward, maybe if there's one other… I mean, I think this is it now, this will be our last update. So I would say as of Japan I foresee us having the same stuff until the end of the year.

"Again, if there is maybe one part with a view of 2023, I'll probably assume he gets it. But I think this weekend is probably the only one where there will be that difference."

Ricciardo acknowledged that there could be some benefit in having an unchanged car heading into the weekend, rather than having to adapt to the new parts.

"I mean, normally you want it, don't get me wrong, but it's not as simple as, okay, we're going to bolt it on, you're going to go five-tenths quicker.

"I kind of hope it's quicker, because then that means Japan looks good. But let's see. But again, for me, it will be familiar. So hit the ground running, not a bad thing. But time will tell."