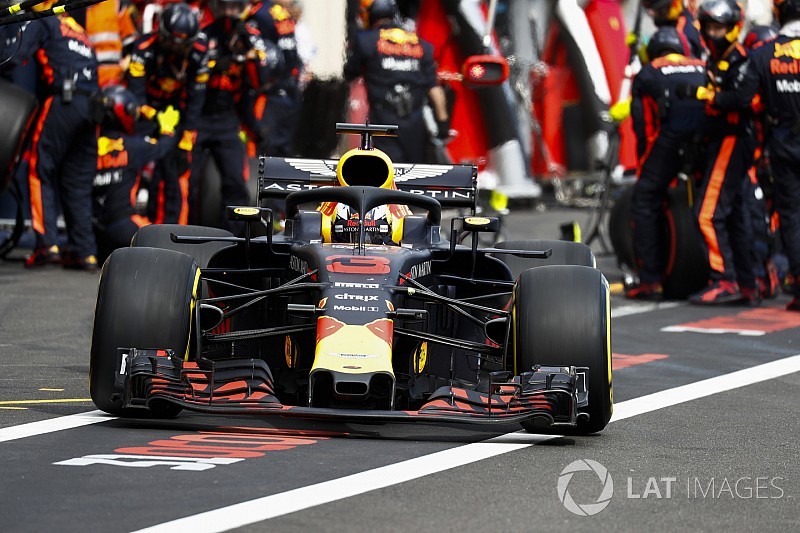 The scale of Daniel Ricciardo’s problems in the French Grand Prix has become clear in photographs that show how his front wing got progressively damaged through the Formula 1 race.

The Australian had looked set to be able to challenge Red Bull teammate Max Verstappen for the runner-up spot in the early stages, after moving past Carlos Sainz for third and closing in on his Dutch teammate through the first stint.

But his hopes evaporated thanks to a damaged front wing, with the team unsure of what the cause was.

The result for Ricciardo was excessive understeer – which left him powerless to hold off a recovering Kimi Raikkonen for third spot.

Here are the stages that show how Ricciardo’s situation got progressively worse over the Paul Ricard race. 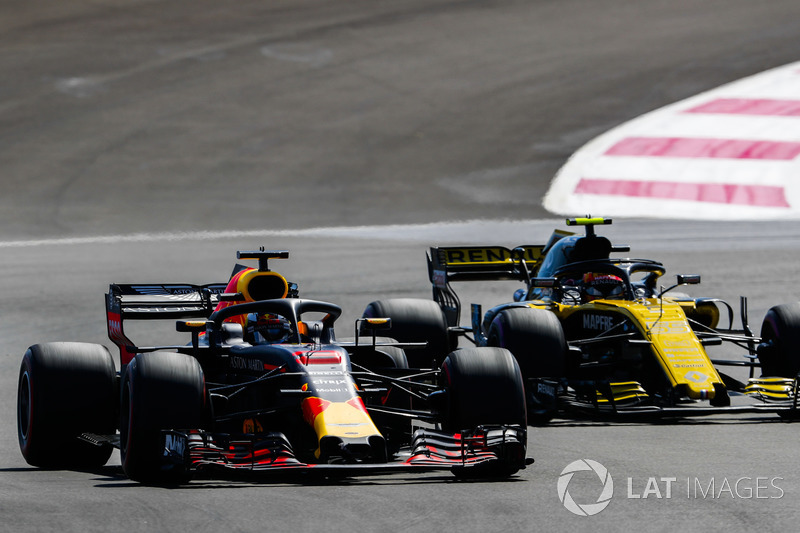 Pictures of Ricciardo moving past Sainz (above) show that his front wing is in perfect condition – so it had not sustained any damage in the chaos of the opening lap.

The first time that Ricciardo became aware there was something wrong with his car was at his pitstop on lap 29, when his team took note of the problem.

As the shot below shows, two upper elements from the left-hand side of the front wing (on the right side of the picture) are already missing as the car is being serviced in the pits. 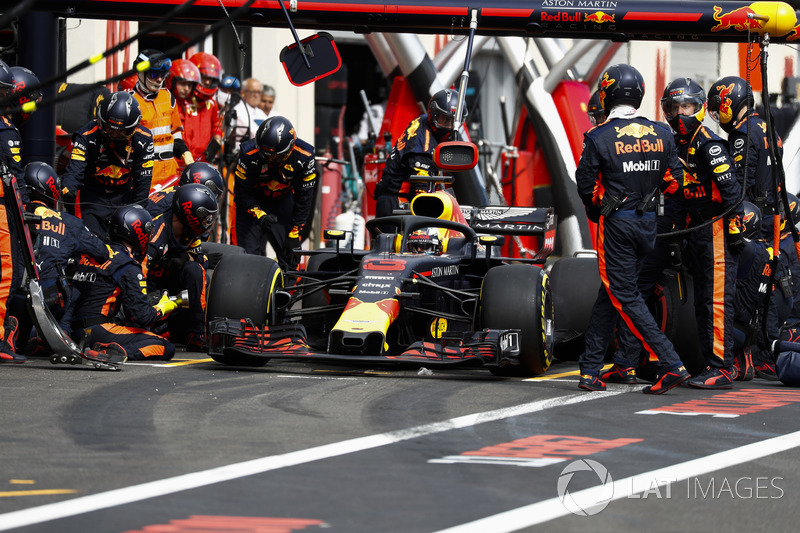 While the damage is largely obscured by a mechanic's left leg in the next photograph, taken just prior, another mechanic appears to be pointing out the problem area. 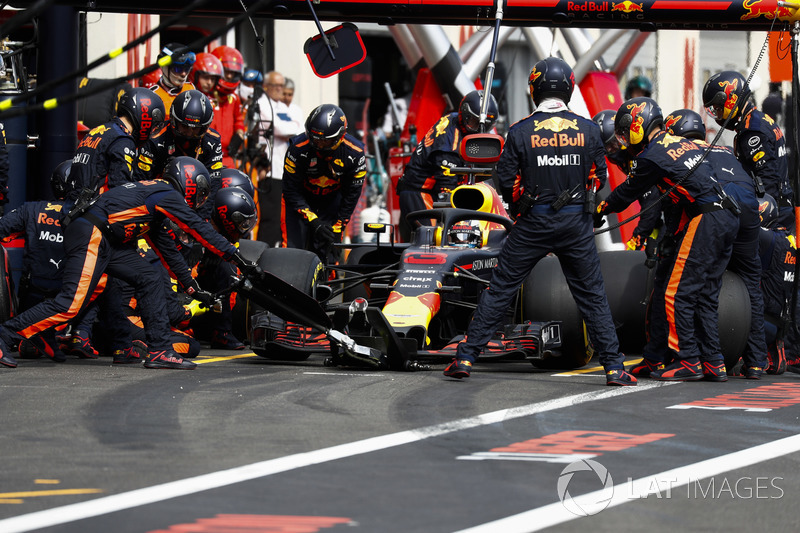 The team suspected that the parts had come off two laps before the stop – although it was unclear if this was caused by a debris issue or them coming unbonded and falling off by themselves.

Ricciardo’s pace began dropping away, however, as he found himself unable to keep up with Verstappen.

Then things got worse as the same two upper elements on the right-hand side of the front wing came off in his second stint. 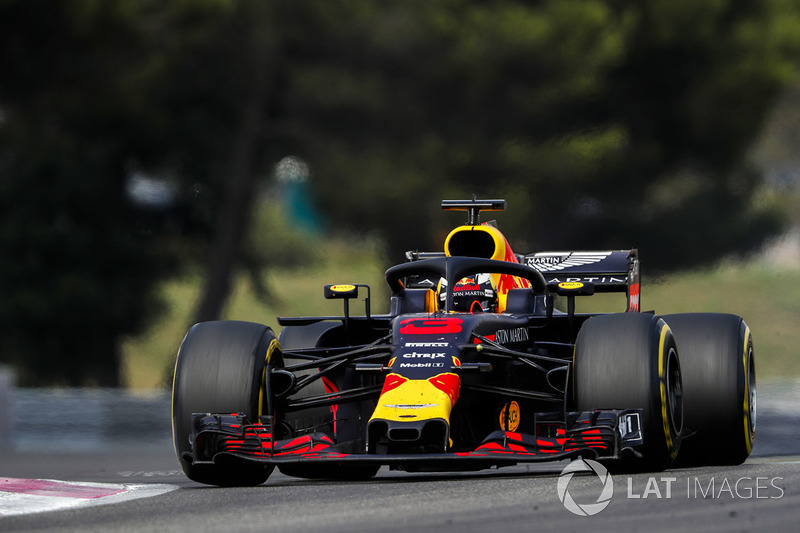 As the above photograph shows, both sides of his front wing have now suffered damage and do not feature their upper elements.

The situation was especially difficult for Ricciardo because he had opted for a higher-downforce rear wing, which meant he had already been struggling to balance the front wing settings to ensure he did not suffer understeer.

So having lost the key components made things even worse for him, and it was clear he was powerless to hold on to his podium spot.

Speaking afterwards, Ricciardo said: “We had a lot less downforce and understeering, so with Kimi he was always going to catch us with that pace... we were a wounded car from just before the first pitstop."