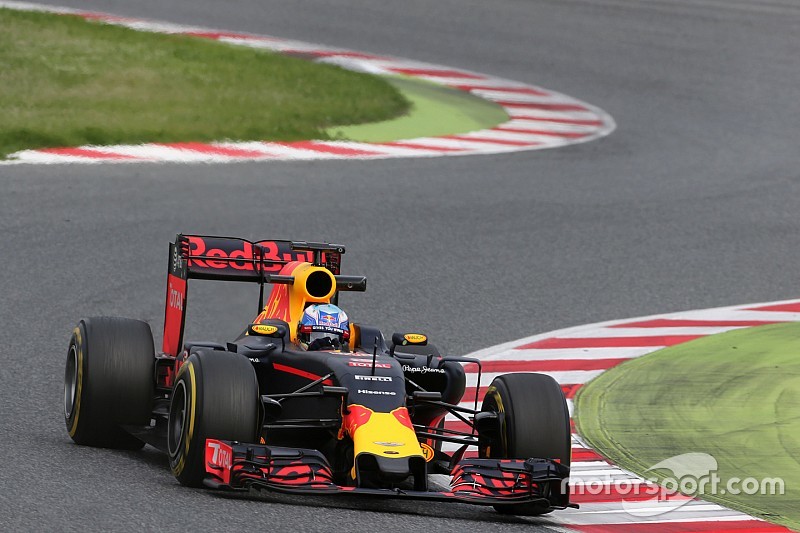 Daniel Ricciardo says Red Bull is happy with the step that Renault has delivered with its upgraded engine, as he backed a push to try to get it in the car for the Monaco Grand Prix.

The Australian gave the new power unit its first laps today and, although he only ended up sixth overall on the time sheets, he said the day had gone as well as his team could have hoped for

"Yeah, I think so far we are pretty happy with how it is all looking," he said at the end of the day. "We will see what they find tonight, but it was all pretty reliable and everything ran as smooth as it could I think."

When asked if he could feel the difference compared to the engine used over the Spanish Grand Prix weekend, Ricciardo said: "Yeah. I think so. The progress is definitely there.

"Now to make that next step, that is the last little step we are after to try to really get on Mercedes. But we are getting closer. That is exciting.

"Monaco will be our best chance yet [to win]. We had a good chance at the weekend – but for pure speed, Monaco should be interesting."

Red Bull boss Christian Horner said last weekend that his outfit would be happy to take the upgraded engine one race earlier than planned, if Renault was happy to do so.

And Ricciardo said he too would be open to such a plan to bring forward its debut from Montreal, even though Monaco is not a power sensitive track.

"We will try to take what we can, but we will see," he explained. "If we can get it, for sure we would love it. It will be a matter of time for now."

Lynn not allowed to push with 2017 aero package