Subscribe
Previous / Everything we know about the 2022 F1 season: drivers, cars, tracks & more Next / Seidl: Messages between FIA and F1 teams shouldn't be broadcast
Formula 1 News

Daniel Ricciardo is planning to undertake a two-week quarantine in order to return home to Australia after the gruelling 2021 Formula 1 season.

Quarantine in a government-approved hotel is compulsory for anyone entering the country, and it was the reason that Ricciardo's home race in Melbourne was cancelled this year.

The McLaren driver is willing to put up with the inconvenience and frustration of being confined to a hotel for a fortnight after not being able to see his family in Western Australia all season.

"I'll be staring at a hotel room ceiling for two weeks. So I'm going to go home. I need to, I need to get home. But it's difficult, it is difficult to get back," he said.

"Unfortunately, they're not making it easy, but it is what it is. And I'll do that. I need to get home, see family and friends.

"So once I get out of the four walls, I should still get hopefully three or four weeks with friends and family. And it's summer, so something to look forward to."

Asked if 2021 was the biggest emotional rollercoaster of his career, Ricciardo agreed that it was, given that he had a difficult start as he got used to the car but gradually found better form.

"Yeah, I'd say so. The second half of 2018 had its challenges, and at the time, that was the most for me, but this year is a whole, yeah absolutely.

"Thinking about the first half and then the highs. It's been pretty wild. But I certainly reflect on the second half of the season. Much better than where I was kind of reflecting back in August." 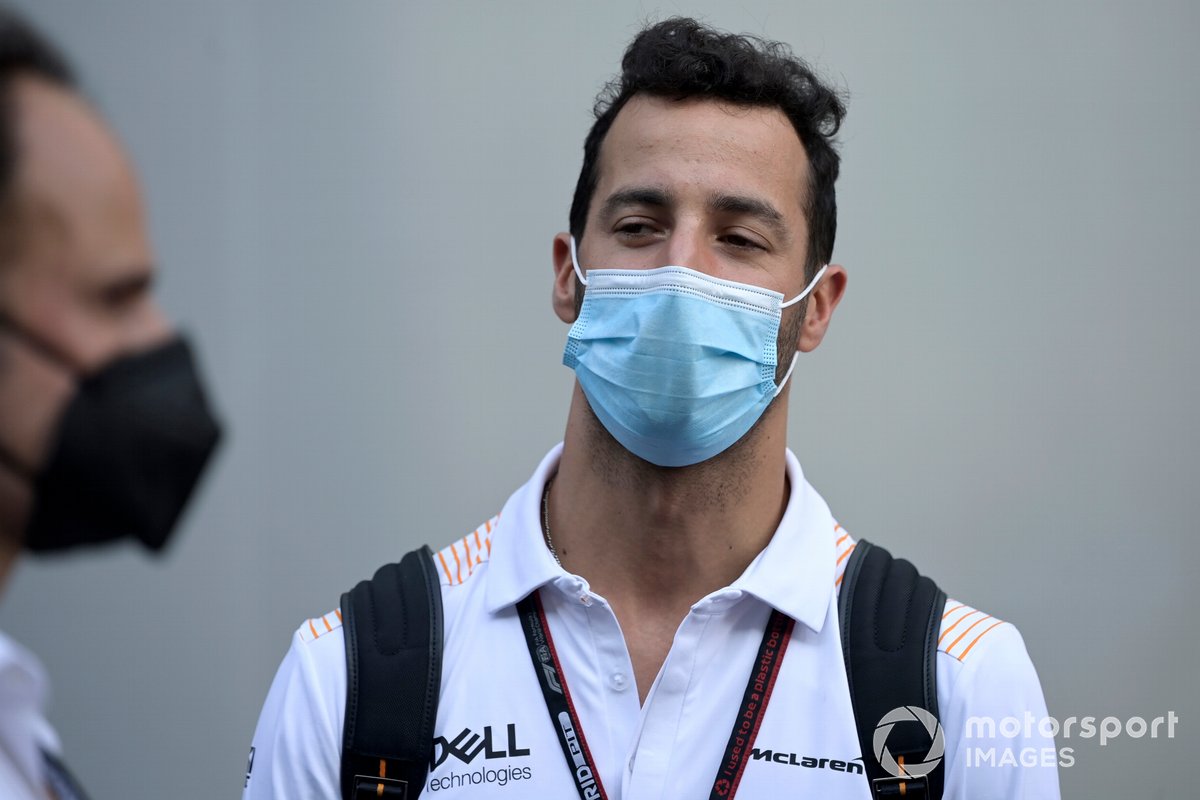 Regarding the obvious high of his win in the Italian GP, he said: "The more time that passes since Monza the more actually, that I realise the effect of that. And I really do think it was the biggest moment, win, race, kind of day, if you will, of my motorsport career."

Ricciardo also revealed that he now has a tattoo of Fernando Alonso's face on his left arm, although he confirmed that it's not permanent.

"Fernando just got me for Secret Santa," he explained. "And along with a nice bottle of red, he also got me some temporary Fernando tattoos. They're beautiful!

"I mean it looks pretty good. It's the only athlete I've ever had tattooed on my arm, so I don't want to knock it. He's also got quite a nice tan as well. So look, he's glowing in the sun!"

Everything we know about the 2022 F1 season: drivers, cars, tracks & more