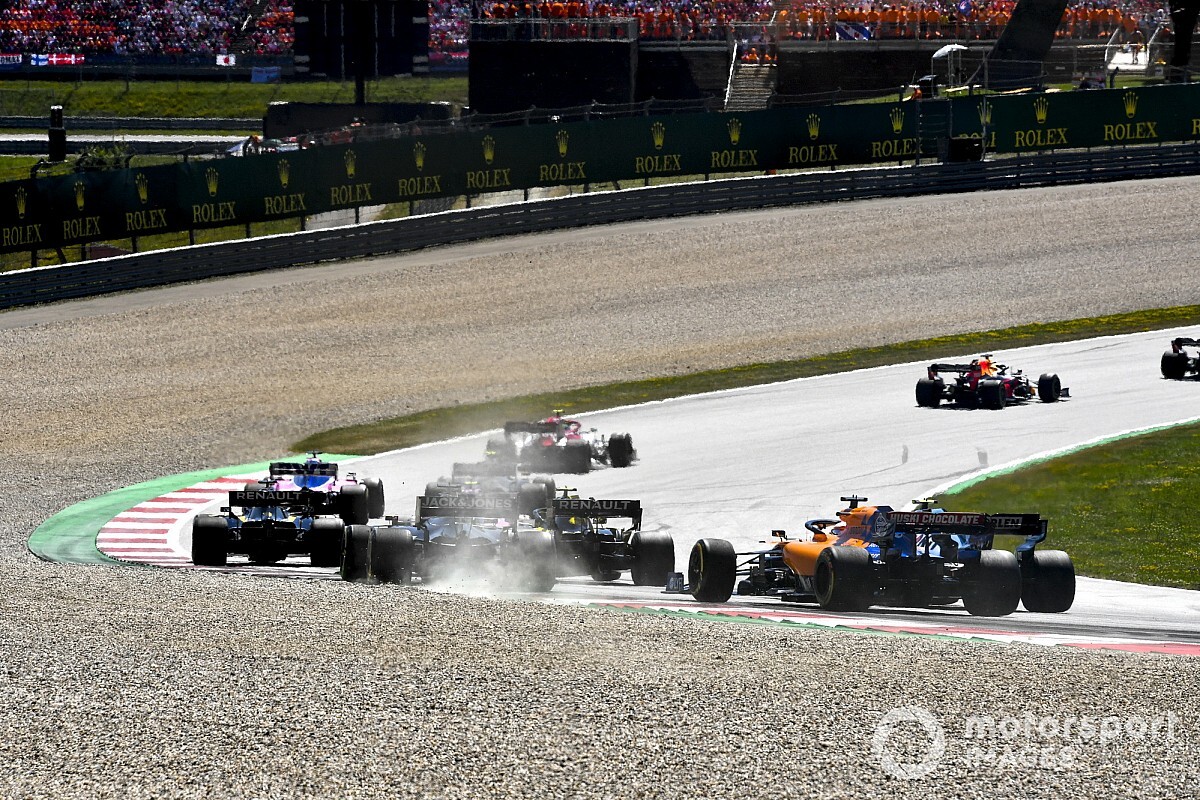 Daniel Ricciardo believes the opening race of the 2020 Formula 1 season could offer “chaos” as drivers return to action following an extending break from racing.

The opening 10 rounds of the season have been called off due to the COVID-19 pandemic, but F1 has targeted a return to racing at the Austrian Grand Prix on July 5.

Should the race go ahead as planned, it would be the first official F1 running in seven months since the 2019 finale in Abu Dhabi, only interrupted by six days of pre-season testing in February.

Drivers have offered varying views on how difficult it will be to get back up to speed after the break, but Ricciardo believes there could be “some form of chaos”.

“Hopefully [it is] in a controlled manner,” Ricciardo said speaking on BBC 5 Live. “When I say chaos, I’m not really referencing cars everywhere, but I’m just referencing there’s going to be so much, a combination of rust, emotion, excitement, just eagerness.

“Everyone is going to be ready to go. I think you’re going to get some guys who perform on that level of adrenaline, and others who might not.

“That’s going to create some bold overtakes and some miscalculated ones. You’re going to see a bit of everything, I’m sure.”

Ricciardo, who has signed with McLaren to replace Ferrari bound Carlos Sainz in 2021, said that while he did not anticipate any physical issues jumping back into his Renault F1 car after so long away, some of the younger drivers may take time to readjust.

"I think if this was my first year or two years in F1, if I was still not completely adapted to it, my answer would be yes,” Ricciardo said.

“I’ve noticed over time, my first few winter testings in the early part of my career, day one always felt like a bit of a shock to the system again. The further my career has gone on, the less of a shock that has been.

"The body is conditioned enough by now with experience that it will be OK. I would say the rookies, the first year, second year guys would feel it a little more.”