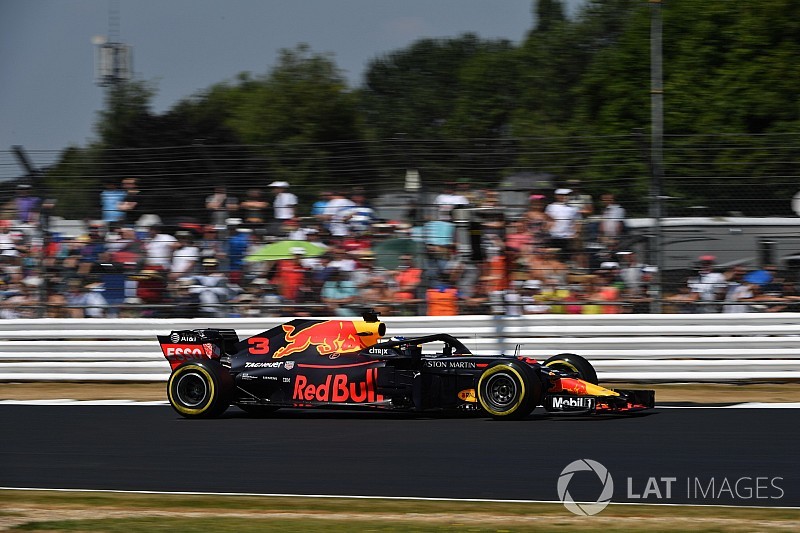 Daniel Ricciardo said a DRS problem added to his frustrations in qualifying for the British Grand Prix, with Red Bull unable to match rivals Mercedes and Ferrari.

With Silverstone’s flat out nature not suiting the Red Bull package, Ricciardo and teammate Max Verstappen knew that the best they could realistically hope for was locking out the third row of the grid.

But Ricciardo was left even more annoyed when his best effort in qualifying was hurt by his DRS not opening down the Wellington Straight.

"But it is alright. It is a bit frustrating. I don’t know why – but an inconvenient time.”

For Ricciardo’s final run, the Australian had to manually operate the DRS in the right areas to try to overcome the problem.

Asked how much lap time it cost him, Ricciardo - who ended qualifying half a second down on Verstappen - said: “It is a few tenths. It is not going to change the world for us. It is a bit frustrating.

“We know we are already a bit off the pace and down the straights we lose a lot. So when I saw I was pulling the DRS and it wasn’t working it was more frustrating than anything.” 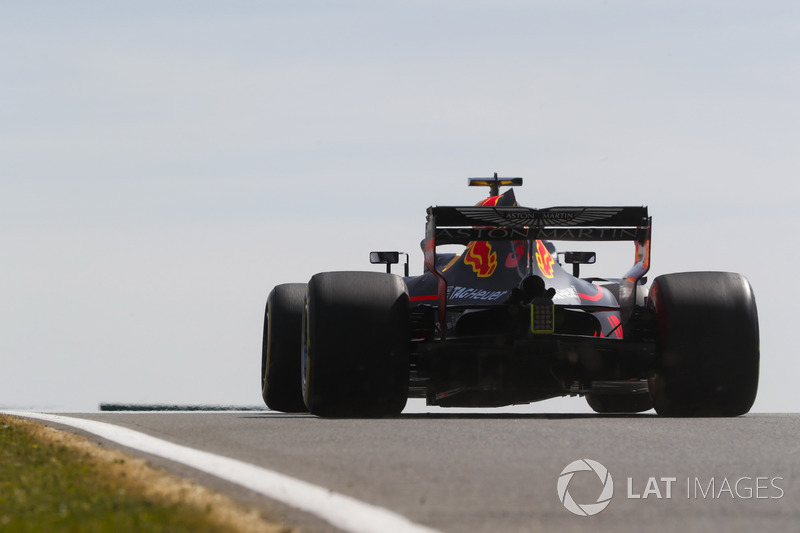 Red Bull’s lack of straightline speed has left both its drivers aware they need to try to pull off a strategy master-stroke in the race if they are to do anything about Ferrari and Mercedes.

Verstappen said: “We lose more than one second on the straights, so this track is getting less and less favourable for us. It is a shame.

“But the car felt really good in qualifying, especially in Q3 we made a few adjustments to the front wing, and the car is strong. We all know that.

“For tomorrow, it is going to be a bit warmer but still a bit of a struggle compared to the guys ahead.

"It is free laptime they gain on the straights – then we have to push harder on our tyres and with the heat it is not ideal, but let’s see.”

Ricciardo added: “I am really optimistic that it is not going to be a one-stop boring race. I think it is going to be hotter tomorrow from what I understand. Hopefully a two-stop works.

“We chose to save a set in Q2, a new set of softs, if we need to use it in the race to plan a little bit in advance for tomorrow. We kind of knew into qualifying we would be fifth and sixth as a team, so trying to make the most of the race."

Alonso: Silverstone qualifying "without a doubt" best of 2018