Daniel Ricciardo will meet with Formula 1 chiefs in Bahrain on Thursday to discuss his unease at the way that endless replays of Romain Grosjean's crash were played on television. 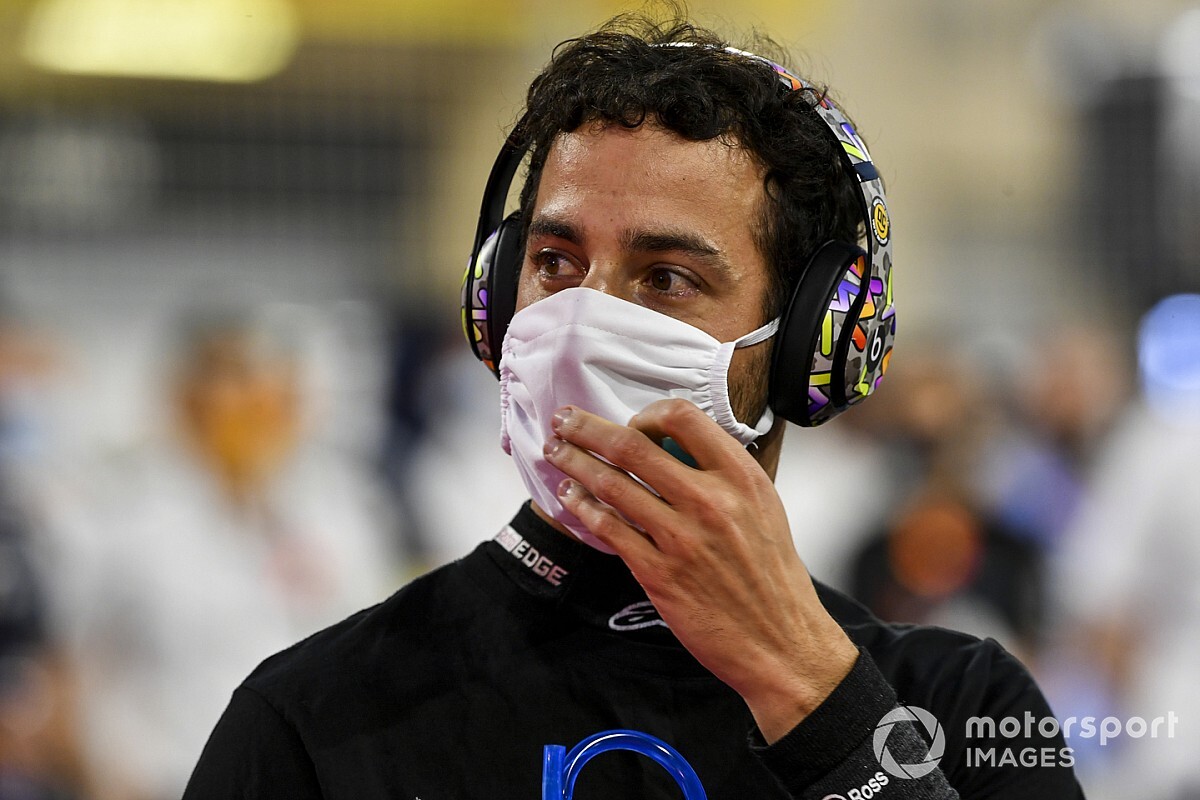 The Renault driver was deeply unhappy last weekend that screens were filled with repeat showings of Grosjean's fiery accident – just as other drivers were preparing to get back in their cars.

F1 believed it followed all the right protocols in showing the replays only once it was satisfied that Grosjean was safe, but it has offered to explain things to Ricciardo.

The Australian said that he would speak to F1's management later today about the situation.

"There was the offer [to talk] and I will take that offer up today," said Ricciardo.

"Obviously after the race I was still, let's say, not only a bit heated but then had to dissect my own race, and I didn't feel it was the right time.

"So I will hear them out today and obviously hear the reasons and go from there. So I'm happy to hear. I'm happy to be educated."

Ricciardo said his views on the replays have not softened in the days since the race, as he still thinks F1 went too far in what it showed at that time.

"I guess my stance hasn't changed," he said. "I felt like once they showed it once and then we'd obviously seen him jump out and get into the medical car, I felt like that was all we really needed to see.

"I felt like it was inconsiderate to his family, but also it was a distraction because every time we'd go into the garage and try and find out what was happening, the only thing that was on was it seemed like endless replays.

"And trying to get the engineer's attention or the mechanics. Everyone was a little bit spaced out or rattled from it all, which is completely understandable.

"I bumped into Romain's wife, Marion and she appreciated my comments and I think that's all the validation I needed."

Ricciardo added that he never felt crashes were part of motor racing's attraction, even though he understands why some people like them.

"For me I was never really into crashes," he explained. "You get sent clips and, 'oh, did you see the crashes at the Indy 500 or something?'

"I think as well, it was a 54g impact and from my understanding, don't get me wrong I'm no doctor but there could be further complications maybe later that evening that we don't know about internally. So it just felt like it was a bit abused."