Ricciardo to start Hungarian GP from back of grid 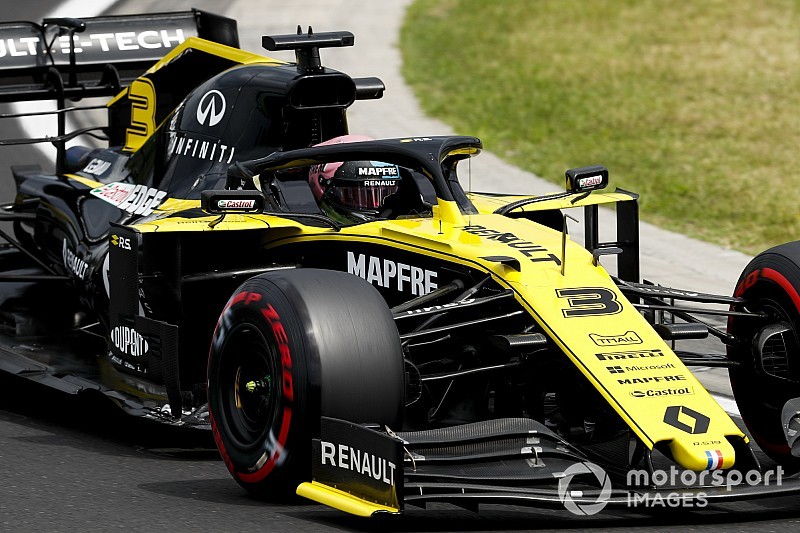 Daniel Ricciardo will start the Hungarian Grand Prix from the back of the grid after switching to a complete new set of Renault engine component after qualifying.

Ricciardo was only due to start 18th after a miserable Saturday at the Hungaroring, where a run-in with Sergio Perez at the end of the opening segment of qualifying caused Ricciardo to be eliminated from Q1.

Renault has decided to take the opportunity to switch Ricciardo to a completely fresh power unit.

Ricciardo now exceeds his limit for the season for each of those components, so the matter has been referred to the stewards.

Though it has not yet been confirmed, F1's sporting regulations state that the first time a driver exceeds their limit on a specific element they will receive a 10-place grid penalty.

Ricciardo's total penalty for exceeding the limit on six different components requires him to start from the back of the grid.

Renault would not divulge the specification of engine Ricciardo has switched to when approached by Motorsport.com.

Earlier this weekend Renault F1 boss Cyril Abiteboul said the team was poised for grid penalties, but would tie them into the introduction of a new-spec engine.

Abiteboul admitted it was "not a stupid guess" to suggest the upgraded engine would be ready for the power-sensitive tracks of Spa and Monza, after the summer break.

That suggests Ricciardo has switched to a fresh existing-spec engine, which would add another set of components to his pool for the rest of the season and would make no difference to any plan to take grid penalties at Spa or Monza to introduce the upgraded spec.

The changes here also mean the next time Ricciardo takes a new engine component, it will result in slightly smaller penalties.

Though the first new element above the season limit triggers a 10-place grid penalty, subsequent additional elements only carry a five-place drop.

That could represent a small bonus in the future, unless Renault makes multiple changes at once.