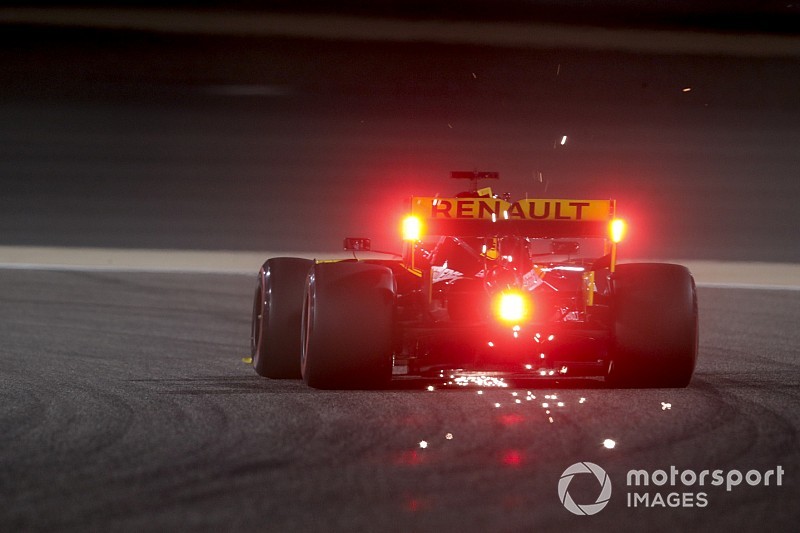 Daniel Ricciardo didn't replace his Renault steering wheel because he felt it would be dangerous after being told not to touch his stopped Formula 1 car to "avoid potential electrocution".

Ricciardo retired from the Bahrain Grand Prix with just a few laps remaining, reporting that his car had switched off completely as he approached the first corner.

He was summoned to the stewards after the race for not leaving his steering wheel in place.

However, no further action has been taken, because the stewards heard that Ricciardo did not replace his steering wheel for safety reasons.

Ricciardo was told by the team to shut down the engine and the electrical system and "to jump from the car".

He was told not to touch the car, which the stewards noted is "the normal safety procedure in such circumstances to avoid potential electrocution".

They said that Ricciardo felt it would be dangerous to try to replace the steering wheel in these circumstances.

Avoiding any penalty is little consolation to the Australian, who has retired from his first two grands prix with Renault since switching from Red Bull.

To make matters worse for Renault, Ricciardo's retirement occurred moments after teammate Nico Hulkenberg had retired at the same corner.