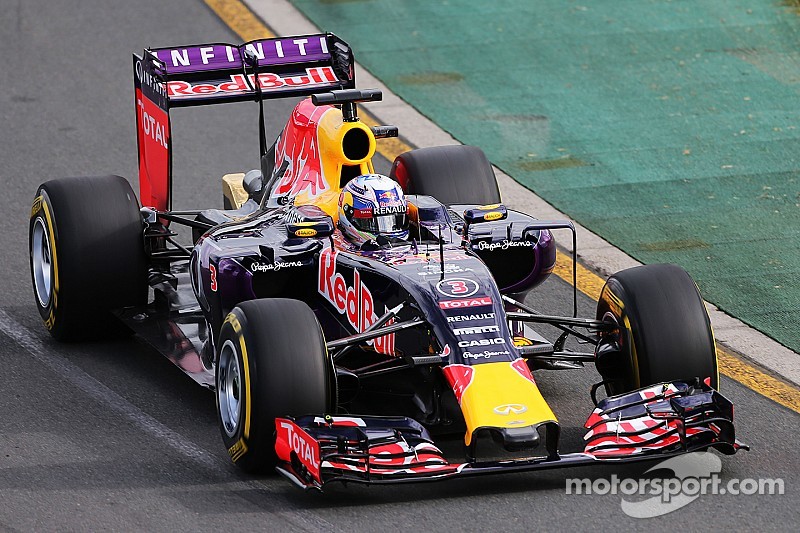 Red Bull’s Daniel Ricciardo has admitted that the off-track war with engine supplier Renault isn’t helping its progress after a dire start to the season in Melbourne.

Ricciardo finished a lap down in sixth place in Australia, and following critical comments from Red Bull hierarchy about Renault's engine – and counter accusations of “lies” from Renault’s side – he is hoping that doesn’t affect his weekend in Malaysia.

“A few things have been said and there’s a bit of tension, but when you get down to it the team itself is still fine,” he said. “It’s a bit of frustration: the team, including myself, are very competitive and they want to be better than a sixth place basically.

“We wanted to start the season better than we have. We have to be constructive with the criticism, particularly now on a race weekend, and do what we can.

“I think that’s what you get after four years of winning, it’s hard to then be this far off the pace. We’ll get back there, now we know it’s going to take some time, because we’re quite far off. We’ve got to make things better, rather than make them worse.”

On the subject of Red Bull suggesting it might even withdraw from the sport, he replied: “I assume it’s a comment made through frustration than anything else. I haven’t really thought about what if that actually happened. I feel connected to this brand and have more success with it.”

Ricciardo explained the root of his frustration in terms of his car’s handling due to the Renault engine’s issues.

“Generally speaking, it’s just getting on the power and not having the linear response,” he explained. "Sometimes the power might kick in too aggressively, so you get a snap of wheelspin, no matter how much grip you have in the car, so you get these spikes in driveability, so that’s always compromising the balance.

“It’s the inconsistency: it chooses to be smooth one lap, and then you don’t get that on another lap. Finding a good setup is difficult because you don’t really know what to prepare for. That obviously creates unknowns."

In terms of his ambitions for Sepang, he said: “I expect to be a lot closer on race pace to Ferrari and Williams this weekend."

Alonso:'We definitely had a steering problem' in accident as inconsistencies emerge