Formula 1 fans will get the chance to hit the track themselves - virtually, at least - with this year’s cars as F1 2021 hits the shelves this Friday (16 July).

F1 2021 is the latest edition of the official video game to be released by Codemasters, but is the first since the British publisher was acquired by gaming giant EA Sports over the winter.

While EA’s buyout came too late to make much of an impact on this year’s game, F1 2021 remains the deepest and most accessible F1 title to come out of Codemasters to date, building on the foundations made in recent years.

One of the biggest changes for F1 2021 is the introduction of a new story mode, calling ‘Braking Point’. The mode goes across three seasons and sees you play as Aiden Jackson, a rising star in F2 who is on the cusp of an F1 drive. After winning the F2 title in Abu Dhabi, you get your pick of five teams with whom to start your F1 career in 2020, partnering ageing team-mate Casper Akkermann, who is also integral to the story. The first few chapters of Braking Point faithfully follow the 2020 grid, with news stories appearing throughout the year revealing changes such as Sebastian Vettel’s exit from Ferrari and Racing Point’s rebrand as Aston Martin, all of which then takes place as you move into 2021.

While completing on-track scenarios, you have to navigate a story that brings a taste of Drive to Survive to the game as tensions flare between Jackson and Akkermann, while F1 2019 villain Devon Butler also returns. Some of the additional features don’t have a great deal of bearing on the actual story - e.g. you can reject Mum’s phone call without getting in trouble - but still add some nice colour. We also enjoyed the social media feed with some real-life news sources, including familiar names like Motorsport.com F1 Editor Jon Noble and Motorsport Network Director of Digital Strategy Jess McFadyen.

Braking Point does a tremendous job of shaking up the game away from the traditional career and championship modes, and successfully delivers an engaging and, at points, quite touching storyline that makes you really invest in the characters across the six-or-so hours it should take to complete. It should be your first port of call on picking up the game, and we really hope to see a sequel in F1 2022. 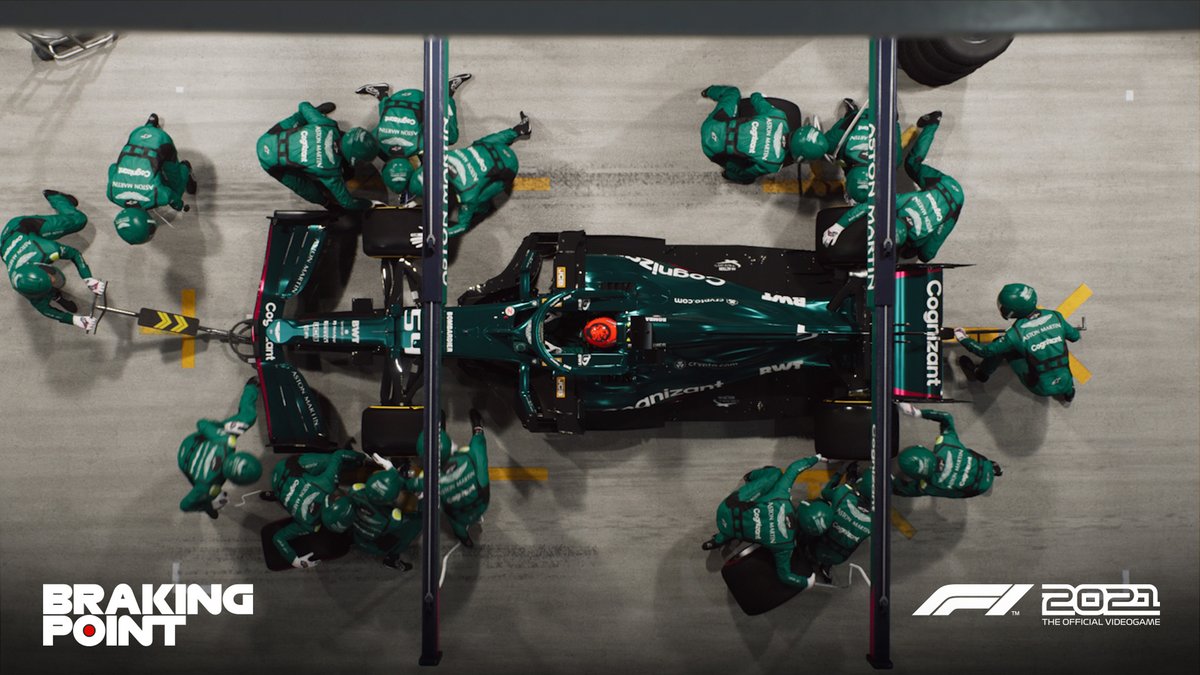 After its introduction last year, the driver/manager career mode, MyTeam, takes further steps forward. The presentation is more polished, making you feel like you are at the start of something exciting when you launch your team. You again get your pick of last year’s F2 field to choose as your first team-mate, but can thereafter dip into the driver market, manage sponsors, facilities and R+D. The Deluxe edition also includes ‘icon’ drivers - Ayrton Senna, Alain Prost, Michael Schumacher, David Coulthard, Jenson Button, Nico Rosberg and Felipe Massa - who you can sign as your team-mate if desired, but will not be available to the AI teams even if they enter the driver market.

Besides MyTeam, the regular driver career mode has also been tweaked to allow players to start out in Formula 2 before making the step up to F1. Another great new aspect is two-player career, which lets you team up with a friend online either as team-mates (co-op) or rivals (contracts) through the regular career mode. Given the days of split screen racing are largely behind us - although F1 2021 does have that setting if desired - this is a wonderful way to facilitate two-player gaming beyond simple head-to-head racing online.

For all of the career-based modes, the R+D approach has been overhauled to make it more streamlined, while you can also quickly simulate practice programmes to accrue resource points instead of going through practice on-track. It makes for a snappier, speedier mode for casual racers, but those looking to get as close to the real thing can still run their full programmes. The same goes for the qualifying (one-shot or full) and race lengths (five laps, 25%, 50% or 100% distance), and can be adjusted as you go, depending how much time you have. It caters for all comers.

That balance is something F1 2021 strikes perfectly. The settings for the game can be tweaked a lot more this year depending on the challenge that gamers want. As well as the AI difficulty, other aspects such as financial income and R+D points can be enhanced or reduced to make the game easier or harder, depending on the experience that you want. Most of our readers will want to ensure they are playing the game in ‘expert’ mode, as this opens up the maximum numbers of settings that can be tweaked. F1 2021 may not be a simulation game by nature, but you can get very close to one by adjusting the settings accordingly - be warned though, simulation damage means you will pay the price for even the slightest bit of contact, especially with the improved damage model this year that sees more bits of the car break off. 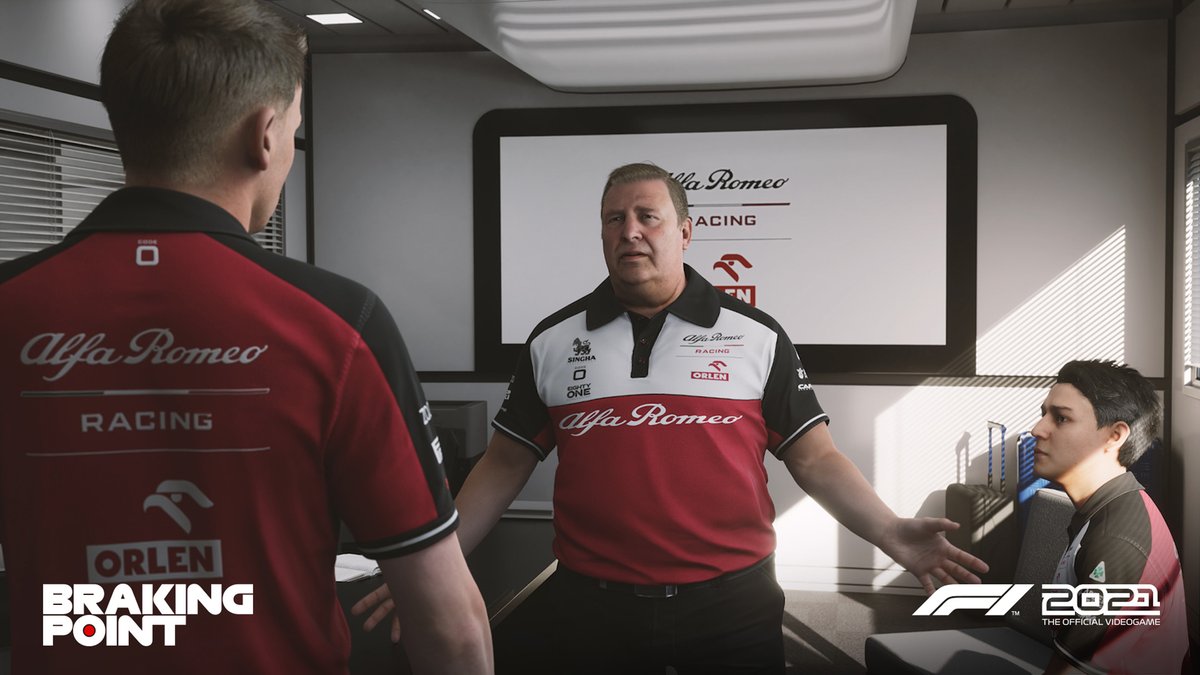 The driving experience in F1 2021 remains as rewarding as ever, with the cars feeling a little more planted and predictable compared to last year’s game. The AI has been refined nicely, making noticeably more aggressive moves to defend positions, forcing you to plan attacks sometimes a few corners in advance instead of simply launching dive-bombs knowing they will leave the door open. One thing we did notice was that the AI seemed a bit stronger in race trim compared to qualifying, but tweaking the difficulty setting as you go - and inevitably improve - should allow you to strike a good balance.

The controls have also been refined a bit for this year, offering better control over ERS deployment to allow you to plan attacks and defend when needed. But again, if you want to keep things straightforward, you can simply set this setting to auto and let the game do the work for you. Subtle adjustments to the heads-up display are also welcome, such as a green bar appearing as you near the DRS zone, but this is again fully customisable through the settings.

On release, F1 2021 features 21 tracks, with Imola, Portimao and Jeddah set to be added at a later date as free downloadable content. China can only be used via the Braking Point story, while the other cancelled races - Canada, Singapore and Australia - can still be used. Australia retains its 2019 layout despite the planned changes for this year, while Abu Dhabi will also not be tweaked to incorporate the upcoming redevelopment work before this year’s race, which is understandable given how stretched Codemasters’ team will be getting three new tracks onto the game.

You once again have the option to customise season length in the career modes, opting for a 20, 16 or 10 race calendar, which again helps speed up campaigns if you’re not looking for an uber-long season. Particularly as you work through career mode seasons, the chance to chop and change tracks from the calendar is really cool, even if you can’t change the order of the races. 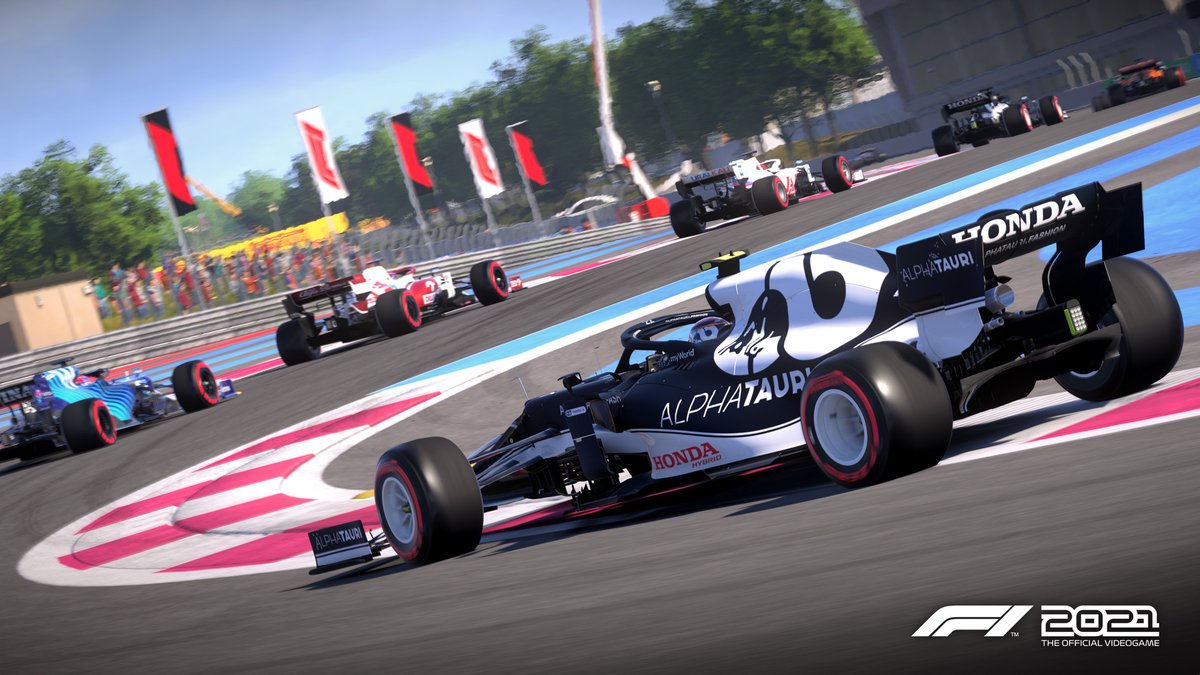 Online multiplayer has also been made more accessible through a new ‘social play’ option, but those wanting to truly test themselves can again access the F1 Esports leagues, or set up their own championships with their friends. The car liveries and race suits have a similar level of customisation compared to last year through the Podium Pass shop, where you can spend ‘Pitcoin’.

We may still crave a full livery editor, similar to Gran Turismo, but there does appear to be a wider variety of designs on offer at launch compared to last year. You are also now able to add a sticker to the car’s halo, with another new addition being a victory radio message that plays out to your rivals when you cross the line first.

It all adds up to make F1 2021 a game that casual fans and diehard followers of F1 alike can easily sink hours into without getting bored. It offers the most customisable, accessible and varied experience to date that should keep us busy until the next game comes around.

F1 2021 will be released on PS5, PS4, Xbox Series X/S, Xbox One and PC on July 16, with Deluxe Edition orders getting access three days early. 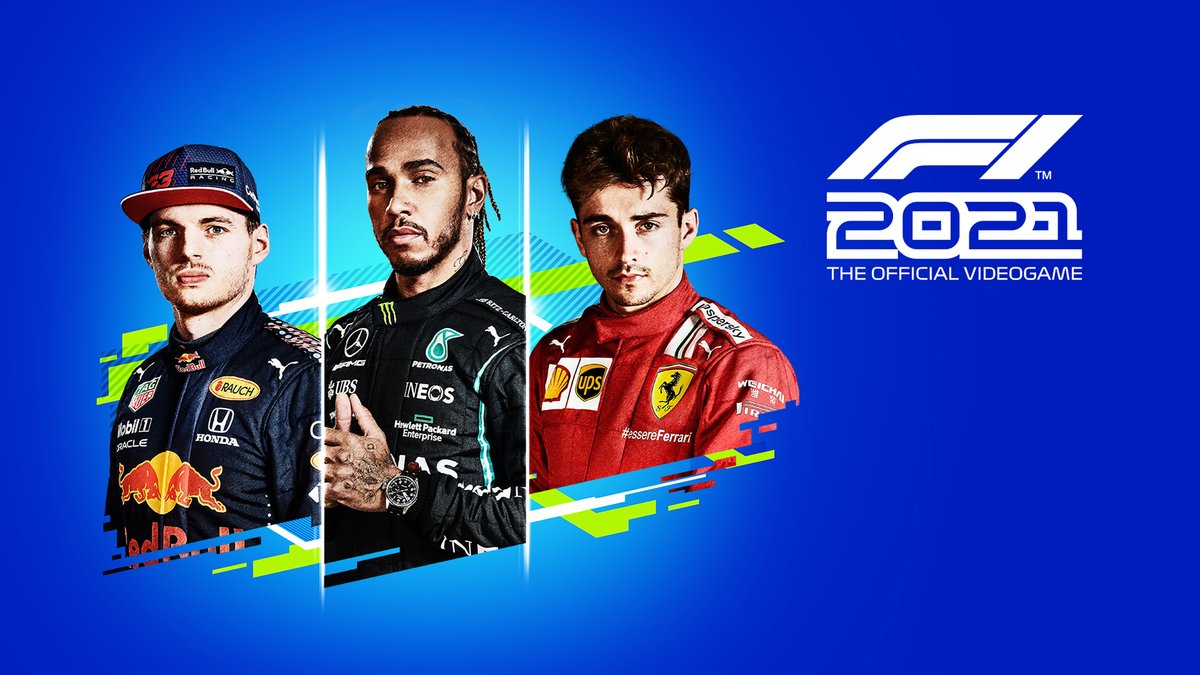 Mazepin: Technical side of F1 "a lot more complex" than expected