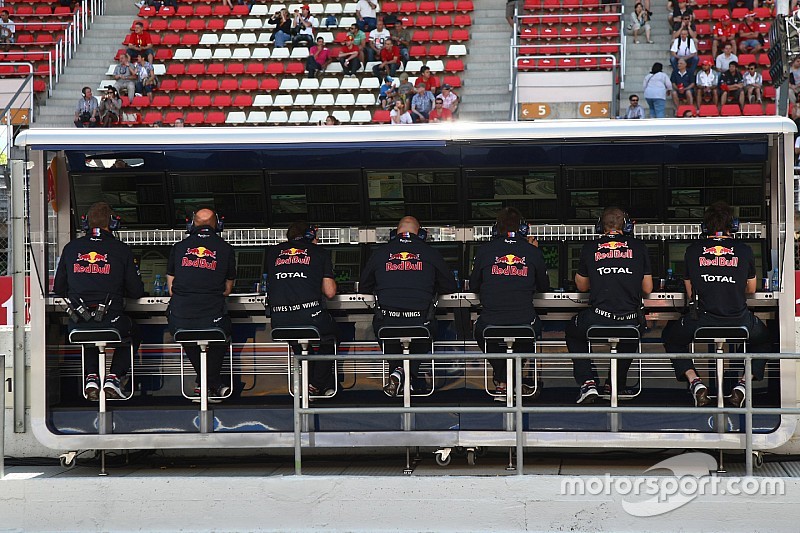 Amid its push for a strict Formula 1 radio clampdown this year, the FIA has issued even more restrictions ahead of the first race of the season in Australia.

In a note sent by F1 race director Charlie Whiting to the teams before they travelled to Australia, an updated list of limitations means restrictions go much further than initially announced.

And while clarifying what items can be discussed, it is interesting to note the communications that have now been ruled out at this latest stage.

A. Restrictions on team-to-driver communications

These restrictions will apply:

- To all communications to the driver including, but not limited to, radio and pit boards,

- At all times the car is out of the garage with the driver on board (with the exception of any time the car is in the pitlane on the day of the race prior to or between reconnaissance laps).

The following is a list of the permitted messages.

Any other message, including any of those below, which we suspect has been used as a coded message for a different purpose (including a prompt to a driver) is likely to be considered a breach of Article 20.1 of the Sporting Regulations and will be reported to the stewards accordingly.

1. Acknowledgement that a driver's message has been heard.

2. Indication of a critical problem with the car, any message of this sort may only be used if failure of a component or system is imminent and potential terminal.

3. Information concerning damage to the car.

4. Instructions to select driver defaults for the sole purpose of mitigating loss of function of a sensor, actuator or controller whose degradation or failure was not detected and handled by the on-board software. In according with Article 8.2.4, any new setting chosen in this way must not enhance the performance of the car beyond that prior to the loss of function.

5. Instruction to enter the pit lane in order to fix or retire the car.

6. Indication of a problem with a competitor's car.

11. Information concerning the driver's own laptime or sector times.

12. Laptime detail of a competitor.

13. Helping with warning of traffic and gaps to other competitors during a practice session or race.

14. Instructions to swap positions with other drivers.

15. Number of laps or time remaining during a practice session or a race.

16. Position during a practice session or a race.

17. 'Push hard', 'Push now', 'You will be racing xx', 'take it easy' or similar (you are reminded about suspected use of coded messages when giving these messages or any words of encouragement).

19. Reminders to use the speed limiter, change tyre settings to match the tyres fitted to the car or to check for white lines, bollards, weighbridge lights when entering or leaving the pits.

21. Notification that DRS is enabled or disabled.

22. Dealing with a DRS system failure.

As well as detailing what is allowed, the latest document is fascinating for getting an understanding of some items that were previously considered okay but are no longer allowed.

The items removed are:

Aston Martin wants hyper-car to be faster than F1 cars