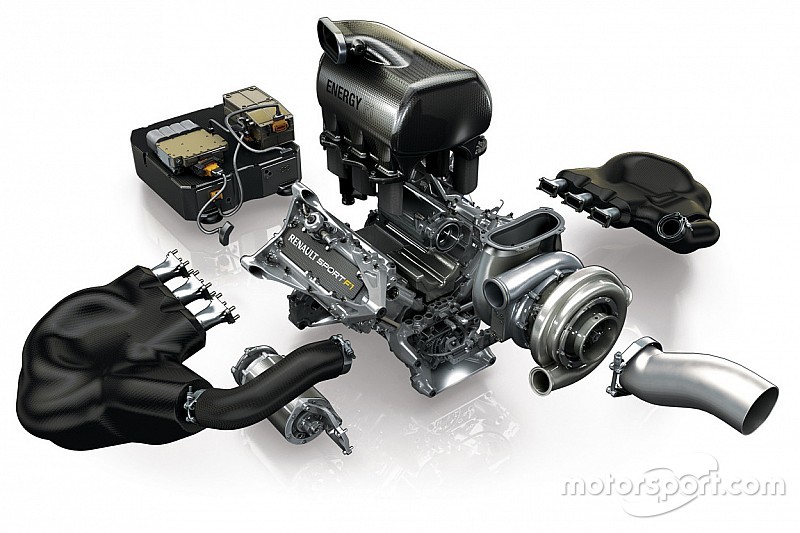 Renault is working on an all-new engine for Formula 1 2017, Motorsport.com has learned, after deciding that it had no chance of making the gains it needs if it stuck to its current concept.

The French car manufacturer has made good progress this year after turning the corner on a turbulent 2015 season that could have resulted in it pulling out of F1 altogether.

With a renewed commitment to grand prix racing through its works team, and having delivered two wins this campaign with partner Red Bull, Renault believes it has laid the groundwork for even better things to come in the future.

And it has emerged that part of its plan will now involve a brand new powerunit for the 2017 F1 season – after feeling that it had reached the full potential of the current concept that it has used since 2014.

Renault team principal Fred Vasseur told Motorsport.com: “We have some good improvements in the pipeline. We will have a completely new engine next year.

“It is 100 percent new. It was the end of the development of the current one. We needed to do a step in order to move forward and we will do that. So far, everything is progressing and close to the expectations.”

When asked if Renault was planning to adopt the Mercedes concept of a split turbine and compressor, Vasseur said: “It is a Renault concept...I think we don’t have to stick to the others on the engine.

“We made a very good improvement over the past six to eight months and if we want to do another step we need to change a little bit the concept. I think they did it.”

Renault’s customer team Red Bull is tipped to become Mercedes’ main challenger for the F1 title in 2017, when new regulations will put the emphasis back on aerodynamics.

And having made significant gains this year to close the gap to Mercedes, Vasseur expects a similar leap in 2017.

“We improved over the winter, and between Spec A and Spec B,” he said. “We could expect the same thing next year and during the season.

“When you take a decision on a project, we were at the end of the concept – and to do another step we need to change a little bit the concept.”

Dodging the showers and the chaos: How to come up with a winning plan for F1 Brazilian Grand Prix