Formula 1 headed off the danger of some teams being left without equipment for this weekend’s Australian Grand Prix, thanks to a last-minute rescue mission to fast-track freight to Melbourne.

Amid worldwide freight delays that have been triggered by rising transport costs and the impact of the Ukraine war, shipments of equipment that teams had sent weeks ago risked not making it on time.

A ship containing the freight of three teams, which had originally been expected to take 42 days, was delayed by more than one week and that left it on a tight timetable to make it to Australia.

But amid the risk of further delays, F1’s official freight partner DHL intervened last weekend and took the decision to pull the freight from the ship at Singapore and fly it down to Melbourne instead.

DHL’s Vice President of Motorsport Logistics, Paul Fowler, took the decision to travel to Singapore to personally oversee the rescue mission – knowing that any delay to freight could impact running in Melbourne.

With planes rerouted from Los Angeles and Vietnam, the freight was removed from the cargo ship and loaded on to two Boeing 777s and a 767-300 before being flown direct to Melbourne.

The delivery arrived in Australia on Monday morning, ensuring all teams had their equipment in time ahead of this weekend's third round of the F1 championship. 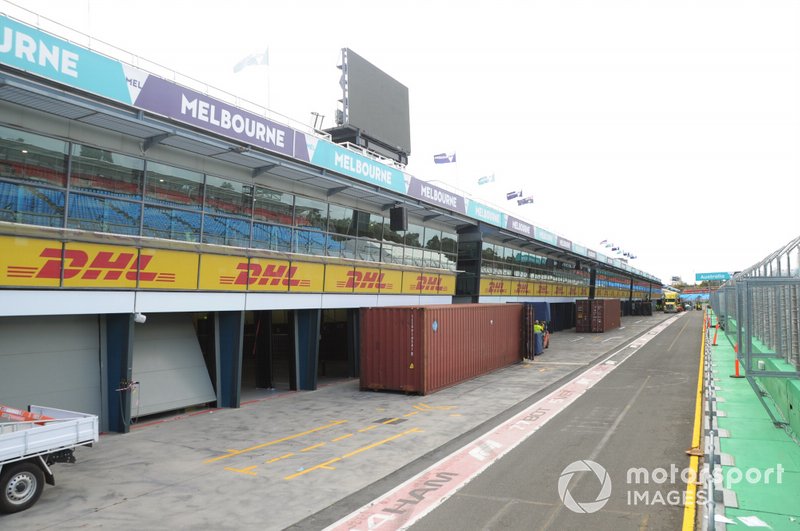 The last-minute freight dash comes just a week after MotoGP had to abandon running on the Friday of the Argentine Grand Prix because delays in equipment being transported to the country.

Last month, the Haas team had to miss the start of the Bahrain pre-season test because a freight delay triggered by a plane problem meant parts had not arrived in time.

As well as worldwide freight delays, teams are also facing a huge increase in the cost of shipments – which have jumped astronomically over the past two years.

Fowler said: “There is almost a bidding war now. Rates from Europe to Asia to Europe that were pitching at about $900 (USD) a container are now about $20,000.”

In a bid to save transport costs, teams have several sets of equipment that are shipped to selected races over the course year rather than flying a single set race-to-race.

Fowler added: “All teams have five sets of kit, and that is stretching to six, because of the extra races. So the stuff you see in the garages, on the walls, the pitlane gantries, the perches that the team personnel sit on, is all sea freighted in.”