Renault uses 11 tokens ahead of US GP

Renault has used 11 of its remaining 12 engine tokens for an engine update that will be made available to Red Bull at the United States Grand Prix. 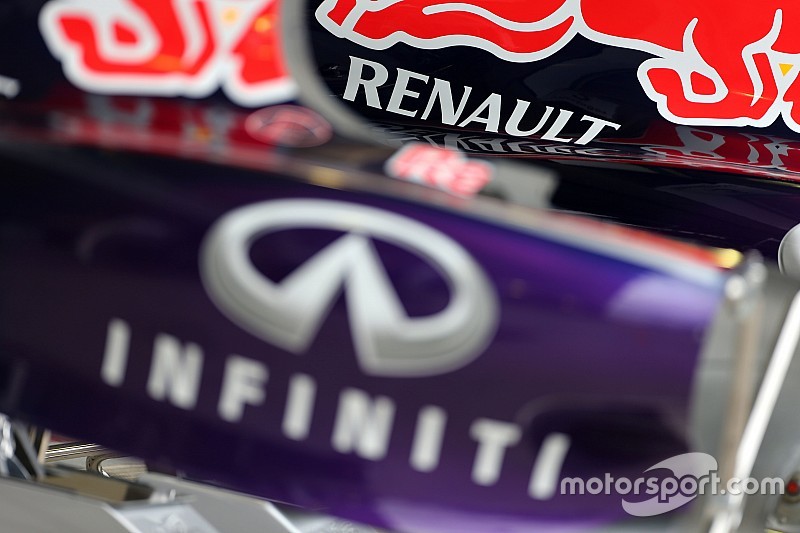 The French car manufacturer has been clear for several months that it wanted to unleash a major specification change in the latter stages of the campaign, rather than staggered through the season.

Although uncertain if the update would pass reliability criteria to be ready for Austin, it has now been given the all-clear by Viry-Chatillon engineers for use this weekend.

But despite being confident in the changes, a decision on whether or not the new specification engine will get used has not been made.

Renault wants to sit down with Red Bull to decide if the power benefits outweigh the downside of a grid penalty that Daniil Kvyat or Daniel Ricciardo will have to take if they use it.

However, it may decide that taking a hit this weekend may be better for ambitions in the final three races of the season.

Motorsport.com understands the changes, which leave Renault with just one token remaining, are focused on improving the power and efficiency of the internal combustion engine.

The tweaks involve new internals that it hopes will help it close the gap on Mercedes and Ferrari.

Renault had to delay performance upgrades earlier this season because it had to focus on curing reliability problems.

Renault confident with or without upgrades