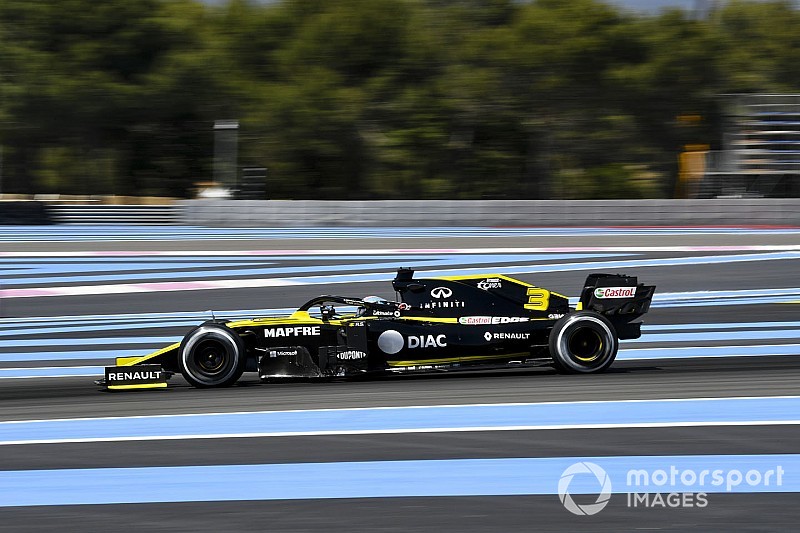 Daniel Ricciardo thinks not nailing the right set-up for the new track surface was to blame for Renault failing to get the most out of the upgrade package it brought to the French Grand Prix.

With Renault having headed to Paul Ricard bullish that a series of aero updates could lift it clear of the midfield battle, both Ricciardo and Nico Hulkenberg were left slightly disappointed with how things panned out.

Both believe, however, that there was good potential in the changes, but a new track surface in France left Renault struggling to properly understand how to get the most out of it.

Asked by Motorsport.com if he was disappointed that Renault didn’t make a big step forward, Ricciardo said: “To be honest, I don't think we've really seen the full potential of it this weekend. I feel that we've missed a little bit set-up, basic stuff.

“I think the new tarmac, probably for those reasons, we didn't excel as well as we could have. It was shiny and really slick but with high-grip. It was quite unique, and I just think with overall, let's just be generic and say set-up, we could've done better.

“I think that we will see more in Austria - but I'm still optimistic we can be alright. But yeah, McLaren pulled it out with no updates. So we've still obviously got some work to do.”

Hulkenberg, who finished in eighth place to score Renault’s only points after Ricciardo dropped to 11th following post-race penalties, reckons that his team at least has a lot of data it can work through now.

“I think we definitely got something out of it,” he said. “There’s more work to be done, work-in-progress. After such a weekend, having a proper race, there’s a lot of information there that can be useful to us and we can extract more and more over the next few weeks.”

Asked after the race if McLaren’s pace had surprised him, Hulkenberg said: “Yeah, pretty bad today. Bad. We beat one of them.

“Carlos [Sainz] wasn’t far ahead, only a few seconds. Looking at Friday’s pace and yesterday’s pace we were more worried we could take the fight to them. We were able to do it again. I was expecting more from them.”