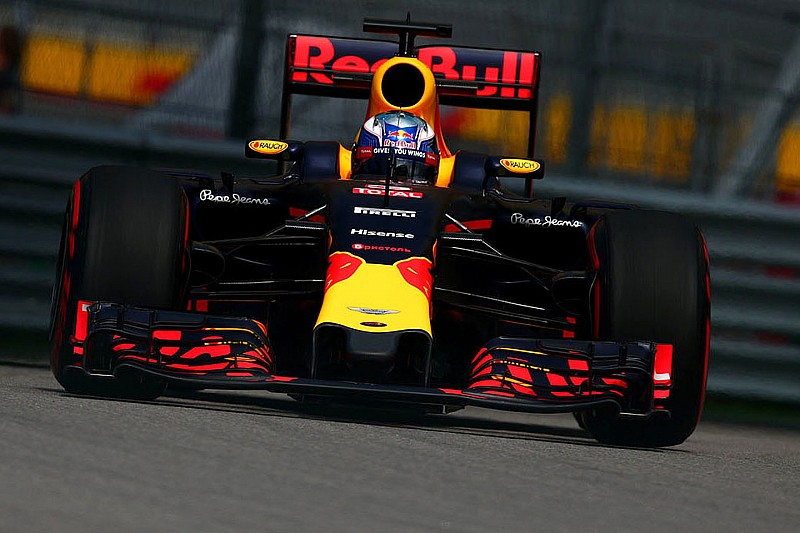 Renault has given the green light for its updated engine to be used at the Monaco Grand Prix – but there will be only one version available for each of its two teams.

Renault’s improved power unit impressed during its first tests at Barcelona in Spain earlier this week – which prompted a push to get it ready for use as early as Monaco.

While Renault was satisfied that it was reliable enough to get an early debut – having originally been scheduled to run for the first time in Canada – its fast-track appearance has caused a separate issue.

Due to parts shortages and the lack of time before the race, Renault has only been able to produce two of the new units up until now.

Rather than wait to have all four Renault-powered drivers on the same specification for the Canadian Grand Prix, it has elected to bring in those two units immediately to make the most of performance gains.

That decision – with one engine available for both the works outfit and Red Bull – has meant the two outfits have had to make a call on which driver gets it.

Neither team has yet confirmed its plans, but the likelihood is that the power units will go to the drivers ahead in the championship - Kevin Magnussen at Renault and Daniel Ricciardo at Red Bull.

Such a scenario would leave Renault's Jolyon Palmer and Red Bull's Max Verstappen facing a performance deficit over the weekend.

According to Renault's Engine Technical Director Remi Taffin, the new engine will represent a gain of "around half a second per lap".

"The power unit we have used since the first race in Australia was really a continuation of the work started in the ‘Spec D’ power unit we introduced at the tail end of 2015," Taffin stated.

"We explored some concepts in that earlier iteration and the 2016 unit took them further, for example, in the turbo.

"This new spec goes even further down the line and also includes significant modifications to the combustion system.

"It will make the ICE more powerful but also efficient, leading to a gain of around half a second per lap.

"We’ve used a small proportion of our token allocation for this upgrade."

Red Bull Racing ahead of the Monaco GP