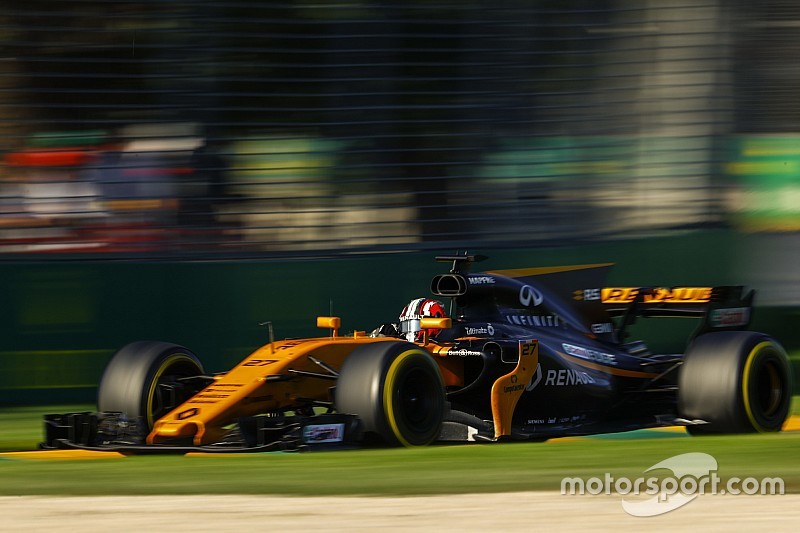 Renault is planning to bring the first step of an "exciting" update push for the Bahrain Grand Prix, with the team confident its car is ready to challenge for points regularly.

Although the team had hoped for more at the start of the season, Renault’s F1 managing director Cyril Abiteboul sees great potential in its car – especially when developments come on board soon.

“We have a team that is still growing and we have a lot to come,” Abiteboul told Motorsport.com.

“But I am sure our direct competitors, like Toro Rosso and Force India, even though [in Australia] they had the upper hand, I am sure they are not sleeping and they will also be bringing updates.

“So it will be interesting to see who is bringing the most. I think clearly we have potential. We know what is in the pipeline, and it is exciting. And what we have in the pipeline, if we had it on the car now, it would allow us to be easily in the points.”

Asked when those updates would be coming, Abiteboul said: “We have some stuff coming for race three onwards, and each time it is an increment of laptime.

Abiteboul believes one of the lessons to take out of the Australian Grand Prix is that the team cannot afford to lose any track time.

He believes losing mileage through Palmer’s crash proved costly in Melbourne, as it put the team on the back foot – especially considering it had already lacked mileage in winter testing.

“I think frankly, and I am not putting the blame on him, absolutely not, but things were starting with Jo when he went off,” said Abiteboul.

“From there we lost a car, so in general we were losing 50 percent of the capacity to learn the data about your own performance, doing high fuel run, low fuel run and so on and so forth. These things count so much now, in particular with these tyres that are new.

“We are also going into this with less mileage than most of the other teams from the winter test and I think we are paying for that.

"We are paying for the fact that we had one car that couldn’t help with preparation and we had less mileage than the rest. So that is a bit frustrating but that is our fault, so we have to build up from that.”

He added: “It is a new Formula 1 in which everything has to go right, and it will be very difficult to make it up. Even if you are faster, it won’t be enough.

“We have a very competitive midfield, and we are in that midfield. Where in the midfield I am not sure, but we need to get everything perfect in order to score points.”