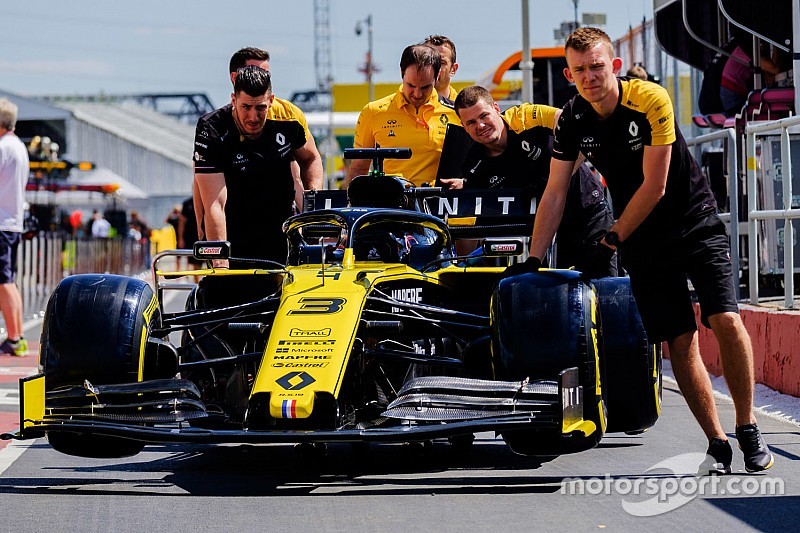 Renault Formula 1 team boss Cyril Abiteboul has explained why he's reluctant to agree to an extension of the deadline for the 2021 technical regulations.

A provisional set of regulations was circulated to teams last week, and it was due to go to the World Motor Sport Council next week.

However, all parties acknowledge that there’s still a lot of refinement required, and that there will inevitably be changes.

In a meeting in Montreal this morning, Jean Todt and Chase Carey asked the teams if they would agree to an extension of the deadline from June, as specified in the FIA International Sporting Code, to October, to allow more work to be done on the regulations.

The unanimous agreement of all 10 teams is required for that to happen, and following today’s meeting a letter is to be circulated by the FIA for signing.

While nine teams agreed in principle to the change, Abiteboul expressed some concerns on Renault’s behalf, although he hasn’t ruled out eventually signing the letter.

“Let’s be clear, there is more work to be done,” he told Motorsport.com. “There are clear difficulties to reach all the objectives that have been set, because some of the objectives are contradictory – a better show, and a power-to-weight ratio that will be worse than it is now, for example.

“These things are the laws of physics, and that’s not going to change whether it’s now, or October. I’m not totally sure that more can be achieved by October.

“Secondly, we knew that there was milestone of end of June for maybe one year, or a year and a half. What have we done? We are finally actively working because we are getting close to deadline.

"It’s like a bad student doing his homework the day before the exam. I’m just a bit afraid that we end up in the same situation, and having the same conversation in mid-October.

“But it’s also true that there are a number of teams who would prefer that these changes do not happen, so we are just giving more time to the system to find reasons for not doing the changes which we believe are required for the sport – looking at the viewership, looking at the difficulty to attract sponsors, and so on. So that’s our concern.”

Abiteboul said Renault will agree if the team can be assured that creating extra time by not following the established procedures won’t allow teams who object to the planned changes to force through a watered-down version.

“Our style has been to be progressive about the challenge, so if we presented with the right assurances that the principles will not deviate from the key principle and the key objective, I think we will be constructive.

“It requires unanimity. We need to sign, but everyone needs to sign, it was very clear that there was very little being said by some teams, which suggests that some of the teams don’t care, which to me is a bit of a concern, because we should all be caring for the process, and the milestones that are coming from the International Sporting Code, and if they’re here, they must be here for a reason.

“But again, we will be constructive if the letter is written with the assurance that we are looking for, particularly on the principle and in terms of governance – what we want the FIA and F1 to be able to do the changes that they want.

“I’m not seeking any particular rights, I’m just seeking that no one will have any capacity to block during that time.”