Renault boss Cyril Abiteboul believes Daniel Ricciardo was not convinced by Red Bull's praise of Honda, which the Frenchman reckons was "unfair" to his company.

Red Bull will part ways with both Ricciardo and engine partner Renault at the end of this season, the Australian moving to the works Renault team as Red Bull switches to Honda power units.

Red Bull motorsport advisor Helmut Marko said recently that "nobody can keep up" with Honda's resources, despite the Japanese manufacturer having not finished higher than fourth since its return to F1 in 2015.

Abiteboul said Red Bull's praise of Honda was "unimpressive" and a "a joke" and that Ricciardo did not buy it.

"What I appreciate is the fact that Daniel has his position, he has his agenda, he has his situation, which I don't want to comment on," Abiteboul told Motorsport.com.

"But I don't think he was impressed by Red Bull's communications strategy, vis a vis Renault, vis a vis Honda, and how perfect Honda is.

"I think it's a bit unfair to Renault. I think Honda is progressing, but all the communication of Toro Rosso regarding Honda, when Honda has already introduced 11 or 12 power units.

"Frankly it's a joke, and unimpressive. That they can influence a guy like Pierre Gasly I can understand, and not a driver like Daniel Ricciardo, and that I respect."

Abiteboul insisted hiring Ricciardo was nothing to do with putting one over on Red Bull, and that there was no last minute push to persuade the Australian to jump ship.

Abiteboul was left fuming when he heard what Horner had said, but he says that it didn't give extra momentum to the teams desire to get Ricciardo.

"It was nothing to do with the driver decision," Abiteboul said. "Frankly we don't think like that. You know in F1 you are always in competition for something, for an engineer, for a sponsor, for a position in the championship, for drivers, for many other things.

"We've not done or said anything, we are extremely genuine, we are honest in the way that we are presenting the facts. I have not suddenly made a representation or promise regarding next year or what he will get regarding salary.

"We are coming extremely straightforward in all of this. He knew the deal on the table, in terms of financial arrangements, but also in terms of the team, the shape we are in, the responsibility that we have to be part of the construction of the team and therefore of the car which is still not at the level of Red Bull, and will not be at the level of Red Bull next year, I think he knows that.

"I think it was just a thinking process in his own mind, he needed maybe the time a couple of days into the break to make this final decision, but there has not been anything new on the our side in the last moments.

"Our offer has been around for a while, and he decided very late that it was the way that he wanted to follow for himself." 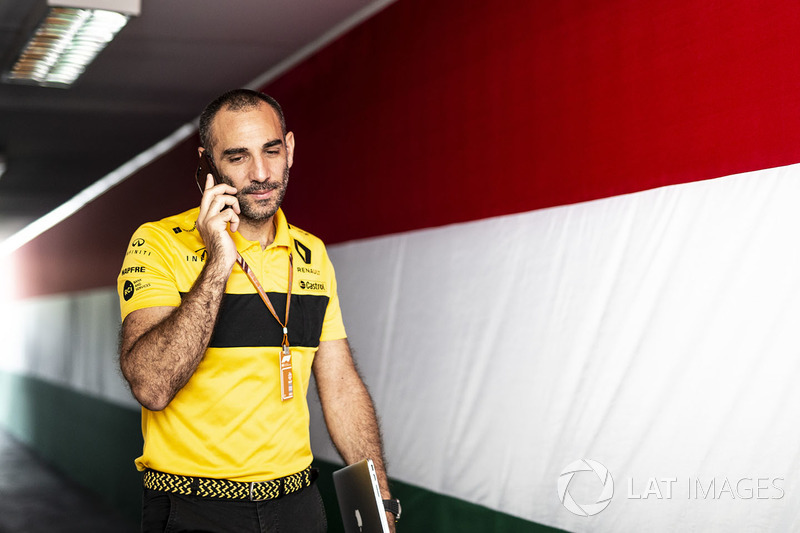 Bottas to start Belgian GP at the back