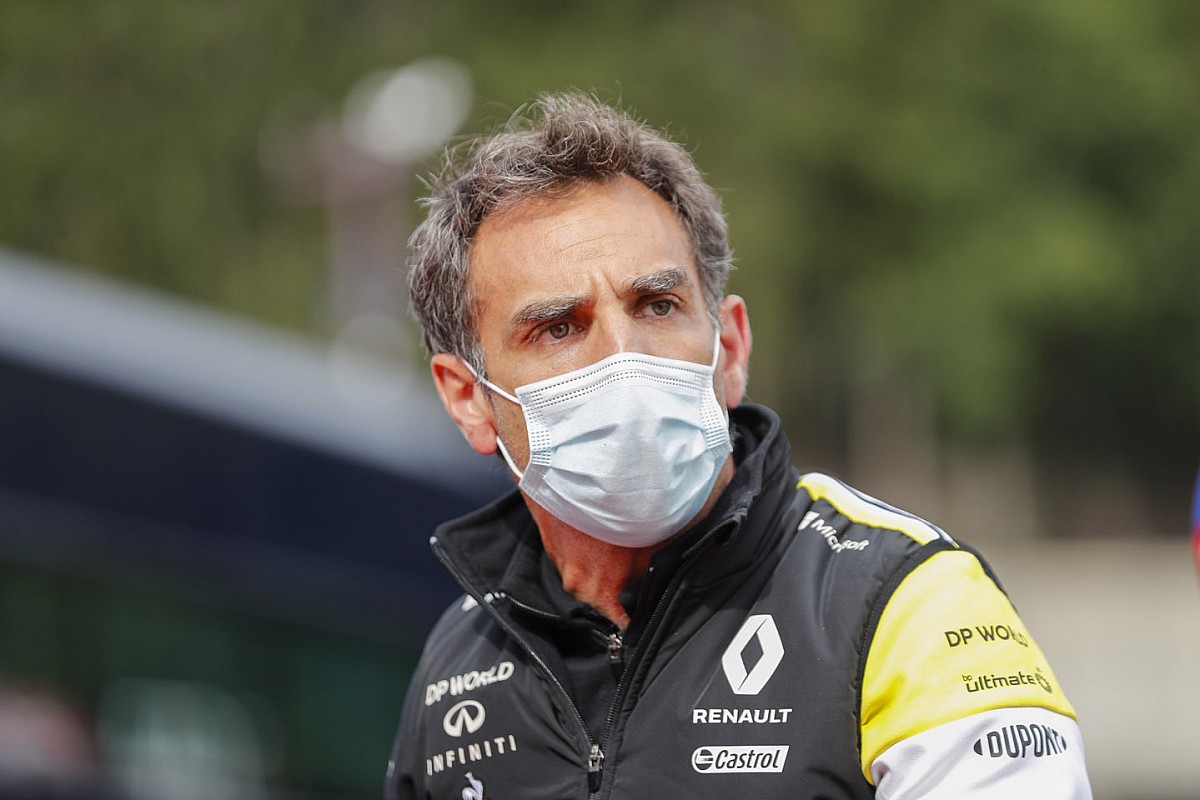 Renault Formula 1 boss Cyril Abiteboul says a decision about renaming the team as part of a push for the Alpine brand is down to the French car manufacturer’s CEO.

Abiteboul has been put in charge of a new business unit tasked with creating a strategy to promote the Alpine brand. He will conduct this role alongside his current F1 commitments.

The decision by Renault to promote the Alpine brand as an autonomous division has prompted talk that the sportscar manufacturer could ramp up its motorsport's activities, and even have its name brought into F1. One possibility is for the Enstone-based outfit to be known Alpine Renault from 2021.

Speaking at the Italian Grand Prix, Abiteboul said that a final decision on Renault’s strategy for Alpine – including a possible rebrand of its F1 team – was ultimately up to Renault CEO Luca de Meo.

“My two cents is that with the new Concorde Agreement, we have finally the possibility to have a stable platform in Formula 1, a great marketing platform.

“The way we want to make use of that platform will be up to the CEO. We have a flexible platform, and we have different brands.

“Probably a rationalisation will be one of the things we will need to do given the group’s financial results. We need to optimise the way we do things, but first there is a strategy to define, and it’s not up to me to disclose [that].”

Abiteboul said that de Meo had "big expectations" for Alpine, which would likely lead to a big expansion of its activities.

He added: “That needs an organisation: an engineering department, a product department, a sales and communication department. That is what I like to do, that is what I’ve done for the [Renault] team, building an infrastructure and a platform.”

Abiteboul said that his role with Alpine was likely only temporary, though, and that no thought was being given to him stepping down from running Renault’s F1 operations.

“Right now what I've been asked to do is a mission with a set of proposals in order to structure our brand,” he said. “I've not been asked to run the brand. So it's not in any way a permanent appointment whatsoever.

“That's what I will be focusing on: some of the strategies that I have been given are what I'm doing for Formula 1, and there is absolutely no question of change of team leadership for the time that I do this mission.”