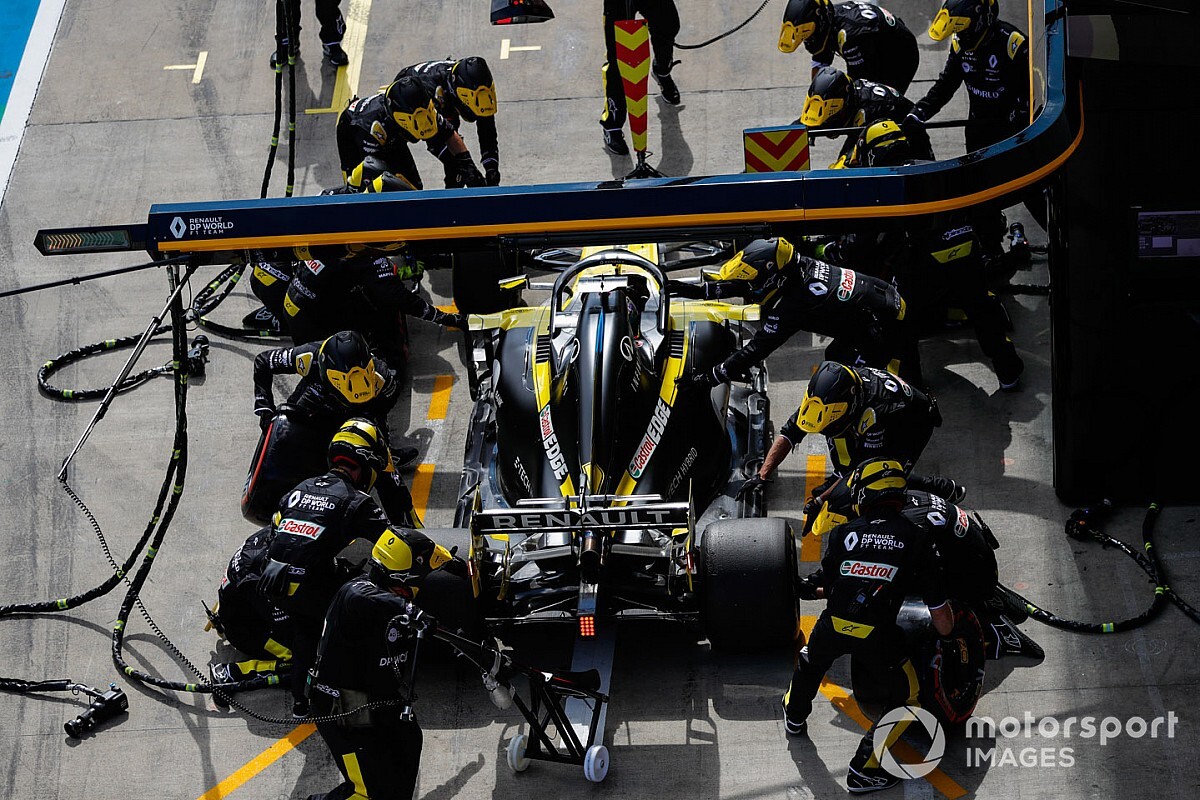 Renault drivers Esteban Ocon and Daniel Ricciardo say the team thinks it has solved the radiator cooling issue that blighted its first two races of the 2020 Formula 1 season.

Ricciardo retired from the season-opening Austrian Grand Prix at the Red Bull Ring with a cooling problem, with Ocon then failing to finish the follow-up Styrian GP event as a result of the same problem.

After that second race, Renault executive director Marcin Budkowski said the issue related to a "weld on the radiator", which he said was "a part that we get from a supplier" that the team aimed to fix ahead of this weekend's Hungarian GP.

When asked to comment on the latest developments regarding that fix by Motorsport.com, Ocon said: "Well, in motorsport zero risk is never of course there – but we think we know the issue, we think we've solved it, [and] hopefully it won't happen again.

"Of course, it is two times an issue that we didn't want to have, but yeah we now need to make the most of the opportunities we got."

Ricciardo added that "We're told that it all looks a lot more promising now [after] the two failures that we didn't want. But I feel like they've got enough now to cover it."

Ricciardo also explained this year's Renault RS20 was a better car than its predecessor, specifically at "the rear of the car".

"I don't think I need to go into great detail, but to explain and it's not giving anything away, but it's really just when you get on the power," he added.

"Yes, Formula 1 has a lot of grip but to a viewer maybe watching at home who things we come out of the corner and go 'whack', straight to 100% throttle, but there's a lot of feeling and a lot of time to get there.

"You feel the grip and all this. Say if it takes a couple of seconds to reach full throttle, that time is now shortened because we've got more downforce and more grip in the car.

"I guess it squats down on power, we feel it. That's the big thing, the exits have improved, and that was the first thing I felt in testing.

"And it's still the strength of the car I feel now, and that's been the biggest thing for me."